Traci Braxton looks like a totally different person after losing a lot of weight, to the point that fans are seriously concerned about her health! Has she crossed the line in her attempt to drop some pounds?

Those who have kept with Traci and her career throughout the years, know all too well that she's always battled with her weight.

But when, this weekend, Traci took to social media to share some pics from her son's wedding, fans could not help but notice that she might have gone the opposite way when it comes to her physique. 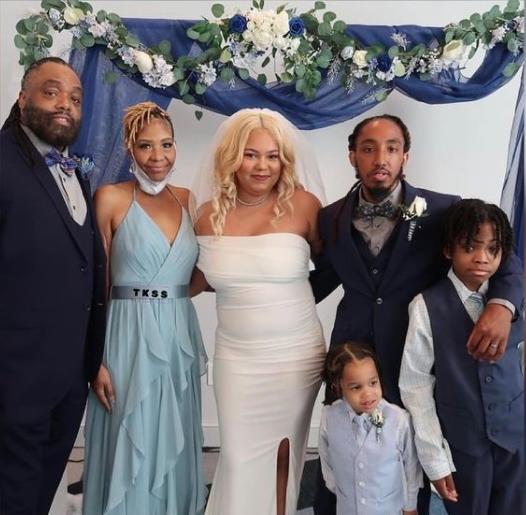 The dramatic change got a lot of people on social media concerned instead of rushing to congratulate her on dropping some extra pounds like it would be expected.

In fact, the worried fans' comments were apparently so many that Traci ended up turning the option to comment off.

She is also yet to address her followers' concerns!

It could be that people were rushing to conclusions or that Traci really is struggling with some health issues and her weight loss was not intentional but that remains to be seen when she is ready to talk about it publicly, if ever!

Traci is currently married to her significant other, Kevin Surratt.

The two have a very sweet love story, meeting each other for the first time at a really young age and falling in love pretty much instantly.

The two have been in a romantic relationship for more than two decades and share one child, a son, by the name of Kevin Surratt Jr.

It has been a while since fans have seen the talented star on social media, which is why her drastic change really took many by surprise.

Hopefully, her weight loss was healthy and intentional and not a result of some health problems. What do you think is the case?

Tamar Braxton Praises Her Sister, Traci Braxton - Check Out The Message That She Shared For Her

Clare Crawley Is Getting Her Implants Removed - Here's Why!