Toya Wright wants to enjoy her life and have a romantic dinner with her boyfriend, Robert Rushing, but some of her fans are bothering her with tons of questions about Reginae Carter.

Toya shared the photos of a sexy, colorful striped top and skirt she wore at an event and later switched things up for dinner.

She explained: “I really enjoyed the Q and A segment at the Ultimate Women’s Expo. It was nice chatting with you beautiful ladies! Until next time. Thank u #noigjeremy for getting me together last minute. I love u.”

She later added: “Switched it up….. I put my sexy @fashionnova dress on under my top. Ready for dinner.”

Fans told her she looks great, but they are also telling her to rescue Reginae from YFN Lucci after she landed in trouble with police while in Tenessee.

One person said: “That’s actually a better throw together than the full outfit to me I am so happy for u because you deserve all the happiness that God can give u and you and 2 of the most beautiful daughter ever just like thank God you didn’t have a baby with bish ass Memphis. Wish I was on the other side of that dinner table.”

Switched it up….. I put my sexy @fashionnova dress on under my top. Ready for dinner.❤️

A naysayer wrote the following: “Stop taking pics n be a mother, not a friend. Got this stupid little girl with this man a decade older knowing he’s not going to marry her ass. Instead of controlling this first daughter u have u-turn around n have another that’s about to talk back to u. Smh.”

Another person said the same thing: “You did a great job at the Women’s Expo! I enjoyed your segment. Thank you!Girl get ur daughter before she be in jail with a bit @toyawright Continued blessing you mess around and get Reign a baby sis/bro with that outfit on.”

I really enjoyed the Q and A segment at the Ultimate Women’s Expo. It was nice chatting with you beautiful ladies! Until next time.? Thank u #noigjeremy for getting me together last minute. I love u?

A third supporter claimed: “All that working out is paying off for you looking BEAUTIFUL as always a Beautiful couple that made a beautiful baby. Reign has a picture of her father with her mother in this cute outfit. Or should I say, “the outfit on this beautiful sistah.” And yes Reign looks just like her dad who’s not an absentee father. He will be the head and man of the home she lives in. She’ll have the example of a mom and dad. No stepdad for Reign.”

Many believe that Reginae is grown adult and should be allowed to live her life. 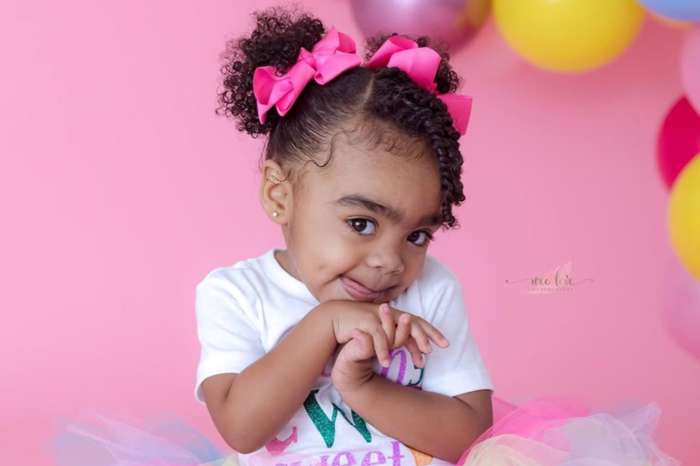