Toya Wright Says Her Daughter Reginae Carter Is Quitting ‘Growing Up Hip Hop: Atlanta’ For Being Portrayed As A Spoiled Brat

Mama bear Toya Wright has come out to let the producers of Growing Up Hip Hop: Atlanta know that she is fed up with the way they treat her daughter.

Toya went on an epic rant on social media where she said that WE tv, which airs the show, is putting Reginae Carter in a bad light and is making her look like a spoiled brat.

The pregnant reality TV star said that she is tired of the BS and Reginae will not be returning to the series.

Toya wrote: “I put up with the BS last season. I refuse to let y’all play my child and me like I raised a disrespectful brat. The editing of this show is f*cking ridiculous.. enough is enough. Please don’t call us next season. #wedone”

Yesterday was perfect ? The only time I didn’t want the Reign to go away ? #showeringreign

A supporter applauded Toya: “Tell em, girl! Exactly why I don’t trust and hardly watch reality shows not everything is reality cuz the editors switch things up for publicity reasons!”

Others roasted her by telling her that her daughter is spoiled.

One said: “Sis, it is what it is… But she is tho, don’t blame any edits! Sooo? They the ones editing things she says on her social media’s too right?? Ok ok! On tv, she told you if you told her. No, she was going call her daddy…sounds like a brat to me..she makes herself look like that and people around her have said the same thing she’s disrespectful she can only dish it but can’t take it…She is a brat.”

My mama is the life of the party! ? swipe left?? #loveumama #showeringreign

Another shared: “The camera only captures what they witness. The resume is a disrespectful brat. Girl, call yo daddy. Since she’s older, now she may raise this child to be better.”

Reginae recently found herself in a bitter fight with Khia who bashed Toya and her father, Lil Wayne, by saying: “Your mommy didn’t teach you no respect and no manners; you should never in your 19 years of living try to come after a roasting queen. Reginae’s daddy was never there; her mama grew up in a trap house. F**ked your mama and your daddy.”

The young woman clapped back: “What 19 years old makes more boss moves than this, while you’re talking s ***. But you have not gotten a hit since April 2002 like sis does not know how long ago that was and if you do not sit your [email protected]”

Will you miss Reginae on the TV show? 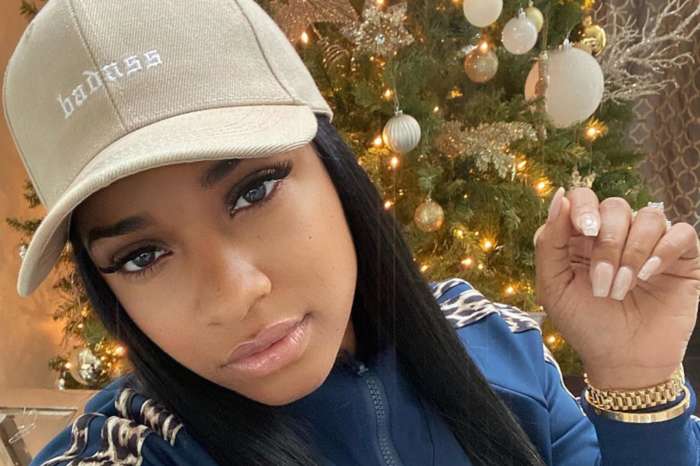