Toya Wright just shared on her social media account some of the cutest photos with baby Reign Rushing. She dressed Reigny in Saints gear, telling her fans that Robert Rushing doesn’t agree. It seems that Reigny’s dad is confident that his daughter is a Falcons fan all the way.

‘I forgot to post these the other day… her daddy be hating when I dress her in Saints gear. He say she’s a Falcons fan.?? ( she was born in Atlanta and lives here, but she bleeds black and gold). ?⚜️’ Toya captioned her post which includes more photos of cute baby Reign.

‘But wasn’t her daddy just in the Falcons field and a Falcons fan?????? this something I would do ??‍♀️’ one of Toya’s followers posted.

Someone else suggested Toya this: ‘How about y’all move back to raggedy New Orleans so there won’t be any confusion….’

I forgot to post these the other day… her daddy be hating when I dress her in Saints gear. He say she’s a Falcons fan.?? ( she was born in Atlanta and lives here but she bleeds black and gold). ?⚜️

One person gushed over baby Reign and said ‘@toyawright She’s so yummy? You Made some beautiful babies… Great Mom ?? it’

Another follower agrees and also praises Reigny ‘Those Jeans are too cute on her @toyawright a cute doll baby. She is a peach for life Falcons ALLDAY.. ??’

One person told Toya ‘@toyawright Girl he’s going to be MAD MAD cause the Superbowl is being played in ATLANTA. They know we coming with a second line band to Takeover they Entire City??… teach Reign how the say Who⚜Dat & tell her TeTe Nikki said hey pretty girl.’

‘She’s an Aquarius baby, an independent thinker, and born in the ATL? Us Aquariuses like the Falcons baby!’ a commenter said about Reign.

Reigny was the star of the show just recently again when she stole the spotlight in Thanksgiving pics with her mom, her older sister Reginae Carter and her cousin.

Toya flew to her hometown of New Orleans, Louisiana with her daughters — Reign and Reginae — and her niece for the festivities.

Fans could not stop laughing at Reigny, that’s how sweet she was in the photo. 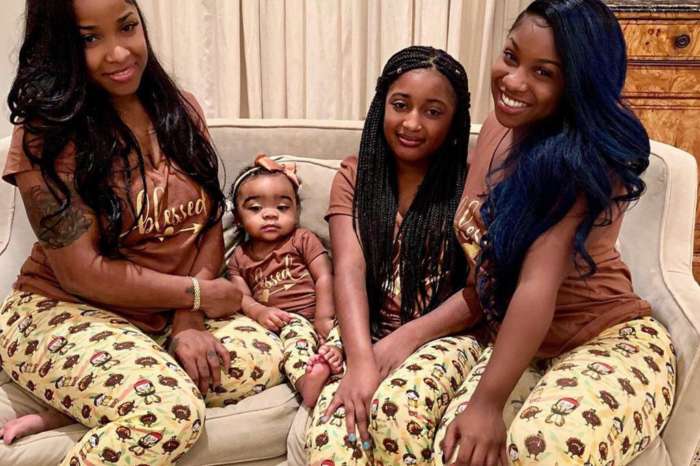 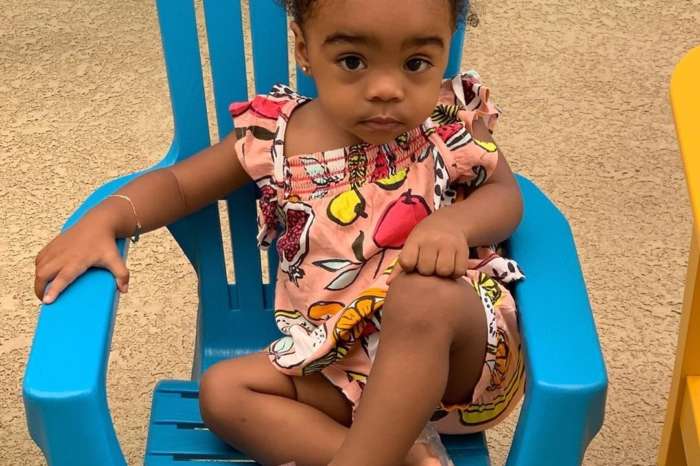