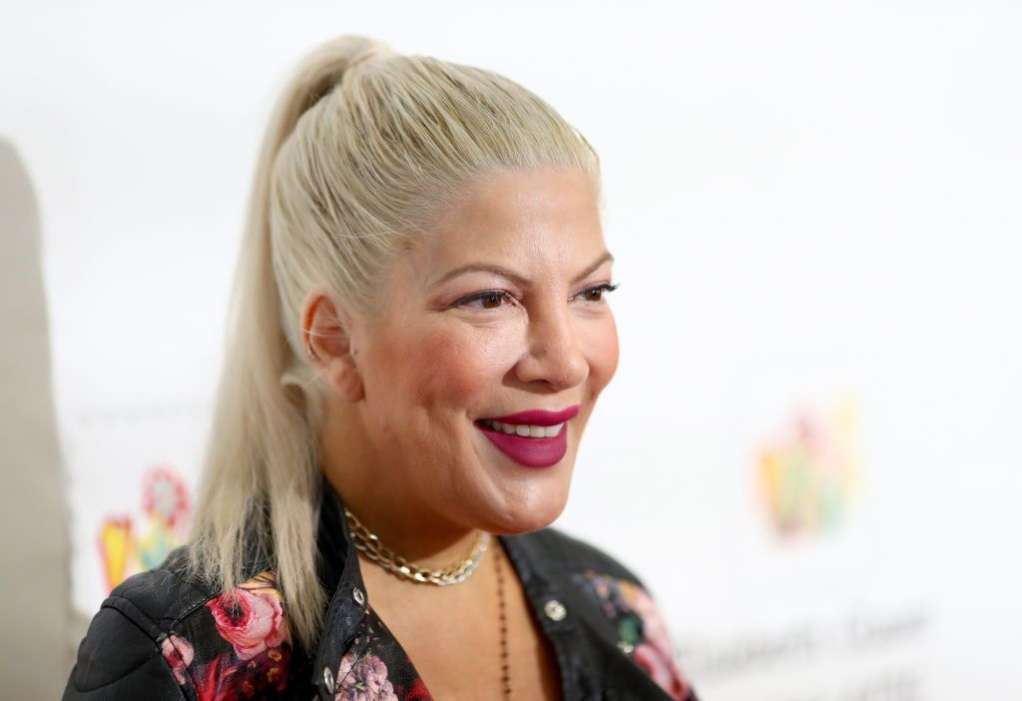 Tori Spelling says she witnessed something horrific this week, but she didn’t dive into the details too much, other than saying that she and her family must’ve been guarded by angels to come out unharmed in the aftermath.

Page Six picked up on a tweet from Spelling this week in which she claimed she and her children were in the “wrong place at the wrong time” but they managed to get out unscathed. The star went on to say in her tweet that she never thought she would watch a man with a machine gun start shooting in a hotel.

“All are safe and we thank the hotel staff,” the actress wrote on her Twitter account. Many of the star’s friends and fans later shouted out to her in curiosity, including Christy Carlson Romano, who asked what happened.

U know angels are watching when you are in the wrong place at the wrong time & you & kids & others around are unharmed afterwards. Never in my life did I think I would witness a man w/a machine gun who then started shooting. All are safe & we thank the hotel staff. #grateful

Spelling never responded to her publicly, but social media users came out in droves to make sure she was safe. As most know, Spelling has Stella, Hattie, Liam, Finn, and Beau, with her husband, Dean McDermott.

All of Spelling’s children with McDermott are under the age of 13. Thus far, her husband, Dean, hasn’t responded to the controversy. While neither Tory nor Dean spoke on what went down specifically where they were staying, the Atlanta Journal-Constitution later reported that a shooting had occurred at a hotel.

It’s not entirely clear if the report referred to the same incident that Tori Spelling was talking about. Fans of the actress know that she and McDermott have a house in the Hidden Hills of California, but it isn’t known if they were in Atlanta, Georgia, amid the coronavirus pandemic.

Last year, Tori was in the headlines for other reasons. The star touched on her family’s ongoing financial problems despite the fact she and her family had a lot of money when they were growing up. During an episode of Tori Tried and True, Spelling explained how she wasn’t that good with money, even though her family was financially wealthy at one point in time.