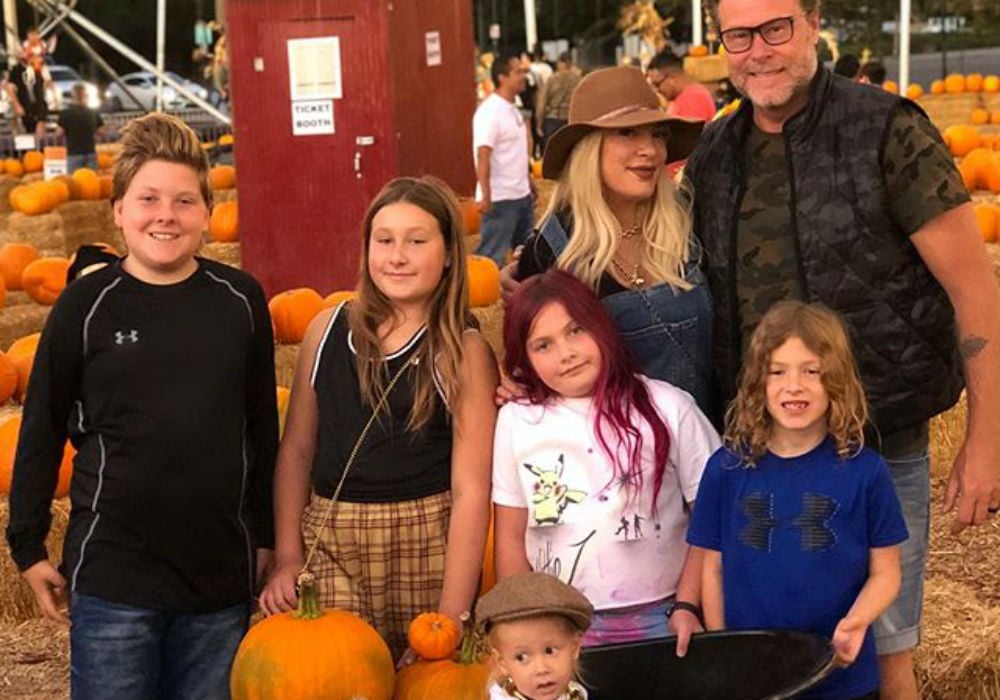 Beverly Hills 90210 alum Tori Spelling and her husband Dean McDermott are the parents of five kids ranging in ages from two to 12, and she says that it’s not easy balancing her career with her family life, while trying to make each one of her kids feel special.

Spelling talked about the challenges of raising five kids – Liam, 12, Stella, 11, Hattie, 8, Finn, 7, and Beau, 2 – at the recent Disney on Ice Holiday Skating Party, and she said that with such a large family, they definitely have to move as a unit. But, she admitted that there are times when Liam tells her: “Mom, I wish it was just me and you sometimes.”

Our yearly holiday tradition of @disneyonice continued last night… – We have been seeing the holiday spectacular that is #disneyonice since my bonus boy ( now 21!) @thejackmonty was just 7 years old. We’ve continued the tradition with the rest of our kiddos every year. – This years #disneyonice2019 not only did not disappoint but… and this is a bold statement: it was the BEST one of all! Beautiful and modernized with moments of tradition blended in. It was AWESOME! And, the look on Beau’s face ( who at 2.8 is now finally understanding and appreciating the show) was priceless! He danced and sang and waved and smiled all night long. Thx @marquecomm for always including us in the opening night of this special family holiday tradition! We were missing @liammcdermott2007 this year. He’s a pre teen now so he was busy 😂. Shout out to @mal_wingostarrjewelry who makes the beautiful velvet red kimono I’m wearing. Check our her crystals and jewels and accessories! Great holiday gifts. Xoxo

The 46-year-old told Us Weekly how she handles a difficult conversation like that with her kids.

“I’m like, ‘Do you like having brothers and sisters?’ and he’s like, ‘Sometimes,’” explained Spelling. “I know its hard, but I always tell them you will look back and be like, ‘Oh, my God, that was such a great experience.’”

Spelling says that she tries to do individual things with each of her children, but as a rule she has to include the entire family.

This isn’t the first time Spelling has been honest about how difficult it is to raise five kids and have a busy career at the same time. Back in September, she explained how grateful she is that McDermott is so “hands-on” with the kids, and she realizes that a lot of people aren’t that lucky.

Spelling said that McDermott – who hosts the podcast Daddy Issues – is always up early in the morning and waking up the girls while she wakes up the boys, and they raise their kids together. She explained that when she is working, McDermott is there for the kids. And, when he is working, she’s there.

Here goes… the moment of truth. I’m answering all your assumptions about me! 😬 Am I a daddy’s girl? A hoarder? Having more kids? Watch today’s new episode to find out 👉 link in bio. #Assumptions #ToriTriedandTrue Make sure to follow/subscribe @ToriTriedandTrue on Facebook and YouTube so you don’t miss an episode!

Still, the New York Times best-selling author said at the time that she lives in “a perpetual state of mom guilt” trying to balance her career and her family, and that should be tattooed across her forehead.

Tori Spelling just launched her new Kin web series Tori Tried and True on YouTube, Facebook Watch, and Instagram. And, in a recent episode she admitted that she’s not good with money amid her and Dean McDermott’s highly-publicized financial troubles.

“I had a business manager since I was 18 years old, so I never handled any of my money,” explained Spelling. ‘Everything, everything, went to them, so unfortunately, I never quite learned about money. Now raising kids of my own, I’m like, “That is so important!”‘

New episodes of Tori Tried and True are posted every Friday. 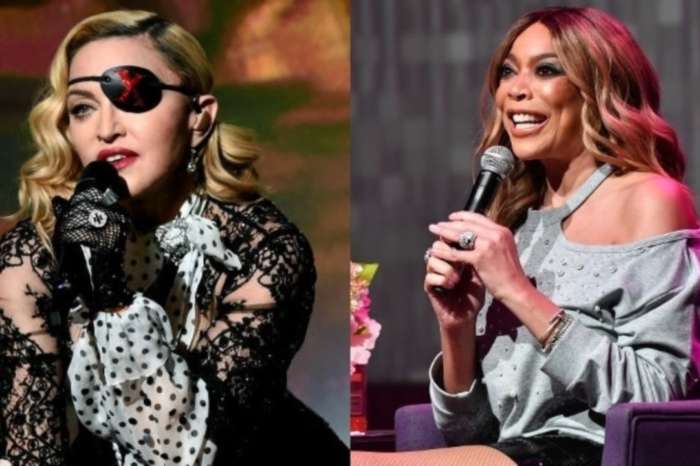