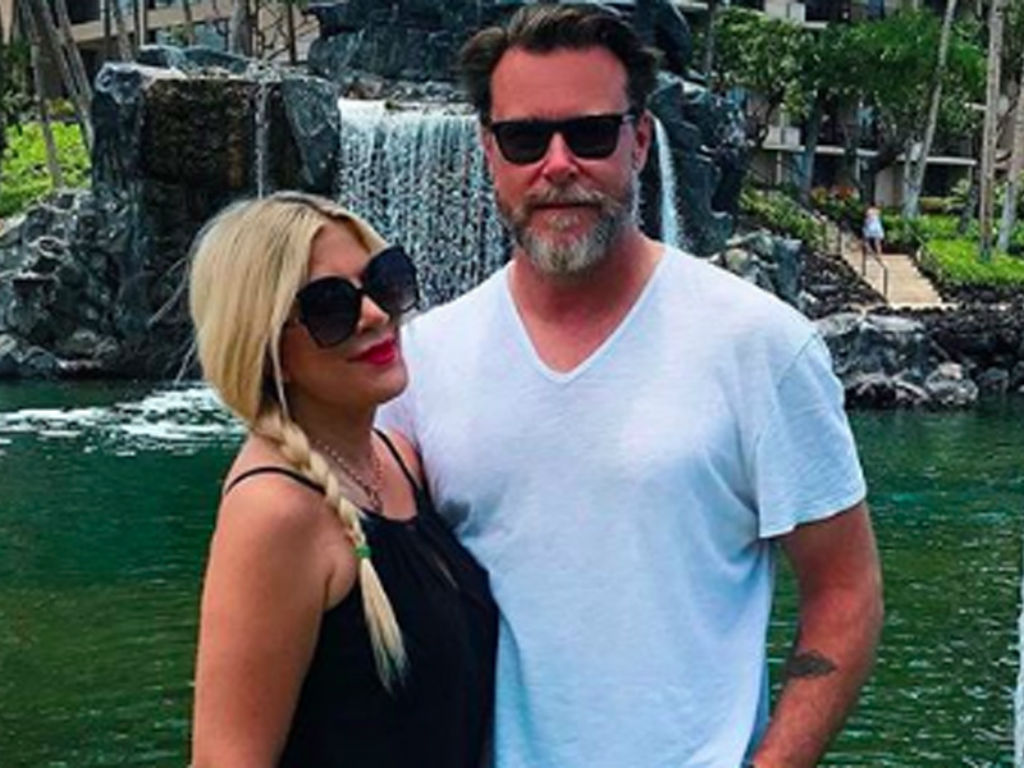 Tori Spelling doesn’t care when her husband, Dean McDermott, spills risqué secrets about their marriage on his podcast.

McDermott started the Daddy Issues podcast with Adam Hunter and Nicky Paris a few months ago. Since then, the father of six has regularly dished some telling secrets regarding his intimate life with Spelling.

The actress revealed to Hollywood Life why she doesn’t bother her if McDermott shares personal details of their marriage.

We combined our 2 loves tonight… @gogosqueez and visiting the pumpkin patch! – I have kiddos ranging from 2-12 and we are HUGE fans of the yummy and easy snack of @gogosqueez ! In fact this mom loves to snack on them too. Agree moms? Fun celebrating with them at #gogoween at #mrbonespumpkinpatch . Amazing DIY costume fashion show too! #kittychicfamily #gogosqueez 🎃

“You know what? I am such a huge supporter of my husband and his comedy and what he’s doing, that I’ve been an open book. We’ve been an open book. It’s been on the risqué side, obviously. And I don’t want to change him though. That’s who he is personally,” she said at the Night of the Jack VIP opening event in Malibu last week.

Spelling and McDermott spent years on reality TV. They even aired their dirty laundry after he cheated on her in True Tori. The couple was an open book on the show, revealing a slew of their problems intimate and otherwise.

The BH90210 star is proud of her hubby’s latest venture into the podcast world. She is supportive of his latest gig and understands the point for his to be open with his listeners.

“My husband is outspoken. He tells it like it is, and he’s funny, and that’s part of the reason why I love him. So, I’m like, ‘You don’t have to tell everything that happens in the bedroom, but I support you telling it like it is,” Spelling shared.

So proud of my amazing hubby @imdeanmcdermott his podcast DADDY ISSUES drops today at 9am on iTunes, Spotify,The Comedy Store Channel , and Youtube… check it out! – Dean is a Daddy of 6, @adamcomedian is a new Daddy of 1, and @nickyparisbitch needs to find a Daddy 😉 3 hilarious guys keeping it real with some great guests ( including me ;)) #daddyissues #podcast #thecomedystore comedians

McDermott has previously told listeners he and his “smoking hot wife get it on daily,” even with five kids in the house. He has also admitted the couple loves to use lube and other TMI details that doesn’t faze the couple.

Tori Spelling is perfectly fine with her husband of thirteen years, dishing details of their dirty deeds. Dean McDermott is proud the romance and sex is still alive with Spelling, especially after all scandal they endured.

The point of Daddy Issues podcast is to focus on three men at different phases in their lives. McDermott has the most kids and has been married the longest. Hunter is a new father, and Paris is a twenty-something the guys deem as a man who “still needs his father.” It is a comedy, but they do touch on extremely personal topics. 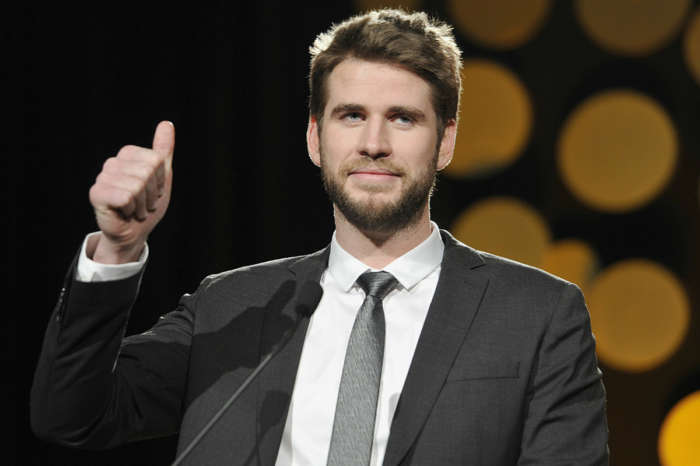 Liam Hemsworth's Loved Ones Never Really Approved Of Miley - Here's The Type Of Woman His Mom Wants To See Him With!