Toni Braxton’s Fans Are Blasting Her For The Way She Acted Towards Her Sister, Traci Braxton – People Call Her A Bully 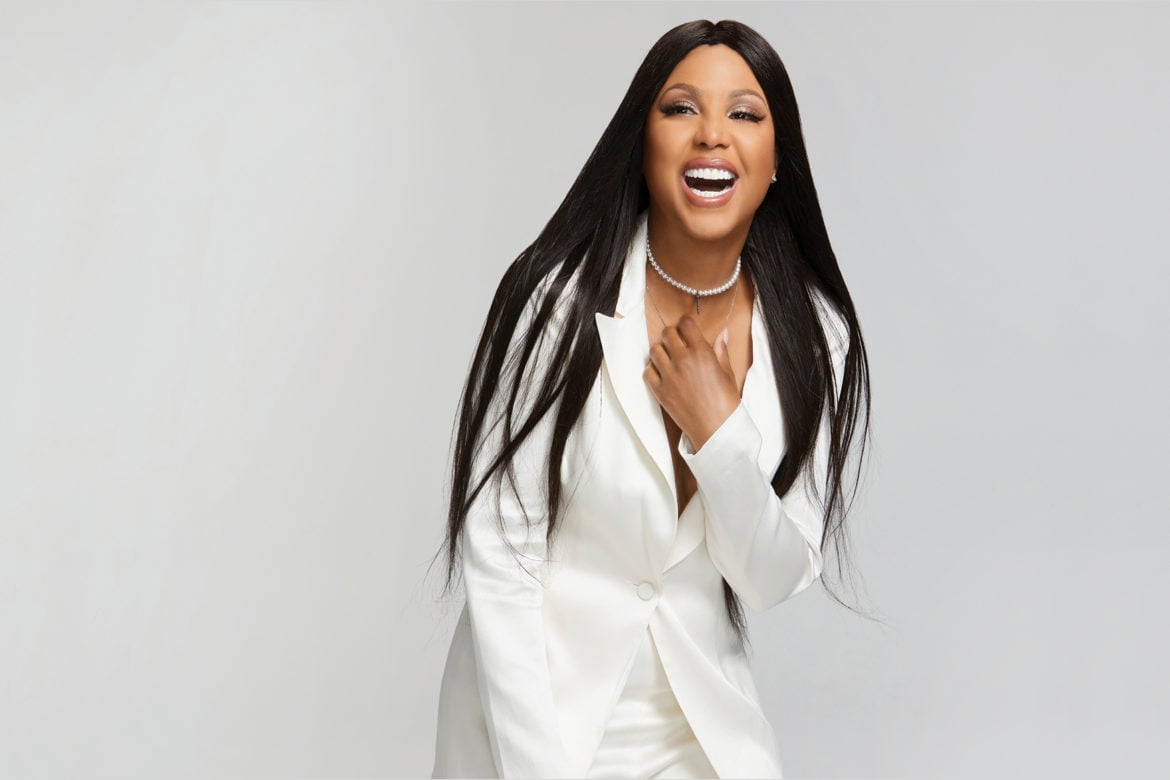 Toni Braxton is also celebrating the sixth birthday of Logan, Tamar Braxton’s boy. In order to mark the event, she shared a video on her social media account.

But, after the latest episode of Braxton Family Values, fans are disappointed in Toni, and they used her comments section to explain why and slammed her really hard. It involves her and Tamar’s sister, Traci.

Someone told her: ‘I’m really disappointed in all of you after watching tonight’s episode smh year after year after year y’all continue to mistreat Traci it’s very sad 😕’

Another follower said: ‘You were wrong for the way you treat your sister Traci.’

Someone told Toni: ‘Now, what we NOT gonna do is coming under Toni’s commentary and start blaming Toni on what went down with the sisters on the show…Toni had ALWAYS supported ALL of her sisters & Toni has ALWAYS been the ONE who is the peacemaker into having to make all the sisters come together and resolve any issues that they have. Way before this show had started Toni had done EVERYTHING IN HER POWER to help ALL her sisters get the same shine & spotlight that she has (Such as placing them into music videos, getting them a record deal, put them on tour with her etc…). Even though we all don’t really know what happened and we are just looking outside from within, but in all honesty, Toni DOESN’T owe her sisters NO EXPLANATION except for her love & support. 💯’

One other person asked Toni: ‘Why did you dismiss Traci like that? Didn’t matter if Trina was there or not. That moment was necessary, and you took it from her. Smh.’

An Instagrammer was also upset and posted this: ‘Why are you so quick to throw Traci away!! You don’t continuously gang up on someone where its 4v1. Cause guess what? You said you were bullied growing up, so why try to make Traci feel less then!! You know how it feels to have your power taken from you!!’

In other news, Toni revealed to her fans that she began supporting a new campaign: the Lupus LA Awareness Campaign and people have been praising her initiative.

Have you seen the latest episode of Braxton Family Values? Do you agree with the accusations brought against Toni? 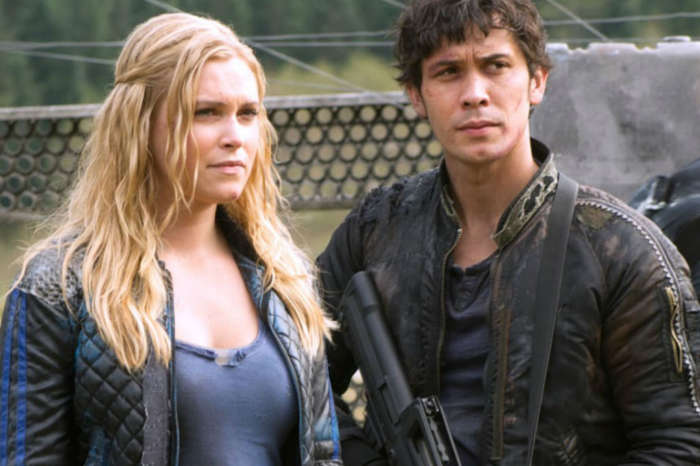 Traci I agree with other commenter get your check and treat those wannbes like you said coworkers. Love you Traci. When you coming to Mississippi.

It’s time for the show Braxton Values to be cancelled. It’s embarrassing to watch a African American family act the way the Braxton Family behave. From the mother and father, and the entire family to take part in such mess as this for money is mindless. And stop using the Name of God !!

I am at the point of not watching the Braxton values, they are treating Tracey so bad. Tamar is so ignorant and ghetto and got the nerve to talk down about anyone. Can you believe the man she is with tolerating her foolishness! Toni kisses Tamar butt and then treat Traci that way. Now she goes with birdman then allow Tamar to treat a black man that way on TV! After Tamar talked about all their husbands and ex-husbands… Ms. Evelyn raises and tolerates Tamar foolishness too… Tamar has a mental issue- trust me….

I’ve never witnessed a woman her age act like that. I would be ashamed at my age to act like that. She needs constant attention all the time and it’s to the point I can’t stand her because it’s so sad for a grown woman her age to need so much attention. It’s pathetic and she is way too old to smack her lips and always speaking so disrespectfully to everyone around her all the time! I;m glad she got fired from “THE REAL” SHE DIDN’T FIT IN WITH THOSE CLASSY LADIES !!! None of them act like that, those young ladies are laid back and carry themselves with great pride !!! Tamar acted real stupid on Iyana, what grown woman swings their head and smacks their lips at her age ??? Give me a break too dam old and too selfish and needy for the spotlight period!!!!!!!!!

This mess is getting so old and boring. You already know what’s going to happen.

I was so disturbed by the last episode. Tamar was
a hot mess and so narcissistic. At her age, why does she need everyone to celebrate her Birthday for a whole weekend. She will not have David for long given the very she disrespected him. She treated him as if he was a child which made him look like a total wuss!

Traci I needs to build a bridge. I understand that she feels disrespected. It is so apparent that they, including mom, treat different. Traci should stop trying for what they will never give her or her husband, respect! Keep being their co-worker and get your check. I wish Trina and her man much love.

Why do you all continue to mistreat Traci? I do believe you all think you are better than Traci, news flash YOU’RE NOT. I wish they would take your show off. You all are just sickening, it’s just terrible. BTW you and Tamar are a hot mess. Toni you are the oldest and should have better sense than to act the way you do! Birdman, really? SMH

It was a very sad way to build ratings. Tamar is just a mean woman and the other two are simply inconsiderate of their sisters feelings.

These girls are suppose to be Women of God and I always expected more Love,Mercy & Forgiveness toward each other. Tamar U will not keep a MAN all controlling in his face. Traci U should be ashamed calling Towanda names. So Happy for Trina & Vaughan Engagment.
My Prayers are with all of Your Family🙏🏽

Tamar is nothing but trouble! A true meaning of the word, NARCISSIST! She acted like an azz on “HER” birthday! Quick, call Congress together so we can make her birthday a, I LOVE myself/all about me Tamar Braxton National holiday. SMH!

Tamar is too Much and she treated her soon to be gone boyfriend like she in control and Traci needs to be completely heard without interruption.And toni was wrong U still big Sister And all of them are embracing to watch at times except towanda. But THAT TAMAR IS sooo disrespectful dont say we dont know U personally U show us who U are every week. And if its not who U are. For heaven sake pls stop Acting

I’ve never cared for Tamar’s behavior, she is a selfish , self absorbed brat .I believe Tamar is jealous of her sister’s game n want everything Toni has but she’s not Toni n doesn’t come close , Her attitude says it all. Traci tries to hide her pain but it shows. I wish Traci peace and prosperity .

The way Traci was dismissed once again, All stems from Toxic Tamar playing the Victim, after she starts the mess, and they once again sweep it under the rug, Toni sat there while Tamar totally DisRepected Kevin, and Didn’t say a word to Tamar, but spoke to Kevin when he stated Truth a/b Tamar. We have watched as Traci is pushed aside, but Tamar can say Dis Respectful things a/b all the husband’s and it’s Ok, but when it’s her, She hides. Tamar’s the Culprit

I’ve been watching the show since it first aired. I love the Braxton sisters but it looks to me that the only 2 that need to come together is Traci and Tamar they need to put all there problems on the table and get over it.Tamar sometimes is over dramatic and spoiled and she needs to stop, she’s to pretty for all that it makes her look ugly as a person..

I do not agree with none of the sisters no including Trina. But the rest of the family was do dead wrong on every level
Amen im praying for you Traci 🙏🙏🙏🙏🙏🙏❤ may peace be still

I think Toni is afraid of Tamar. She was so childish when they got together for her bday. How can a grown woman act out so badly like that. She complained so many times that weekend. Toni told Tamar “you know how Traci gets when you talk to her.” Are you kidding me Toni your Tamar needs HELP FAST!!! You need to call it out. You all had so many people come and try their very best to bring some kind of healing in your family. Haven’t happened yet. Why?? Tamar… sorry call it the way I see it. Look how she act on the show where that women was “trying” to counsel you all Tamar was a hot mess on that show. Oh wake up and REALLY get Tamar so serious help.

Why was Tamar covering her man’s mouth at one point she says that she didn’t want her family to corrupt him. He is a grown man and she made him look like a child and to his friends a punk. Tamar is a messy adult who is drama queen headache.

Tamar deserves to be by herself very childish !