Toni Braxton Looks Stunning On The Red Carpet In Short White Dress Alongside Her 16-Year-Old Son - See The Pics!

Toni Braxton looks amazing! The 51 year old looked like her 16 year old son’s sister instead of mother when they both walked the red carpet last night.

At the time, they were in attendance at the season 6 premiere of their reality TV show ‘Braxton Family Values.’

The singer was wearing a curve hugging, mini white dress as she posed with her teen son for the flashing cameras.

At some point, she can be seen lovingly kissing her son, Diezel’s cheek for the pics.

Toni looked hot in her short dress and no one can deny it!

Also, it is safe to say that she was well aware of it too as the star made sure to show off her great figure in the plunging, one-shoulder ensemble that put her curves and legs on display.

The celeb accessorized with a pair of equally sultry open toe nude stilettos, which also had jeweled buckles.

As for her hair, she was wearing it parted down the middle and straight, a style that has pretty much become her signature one. 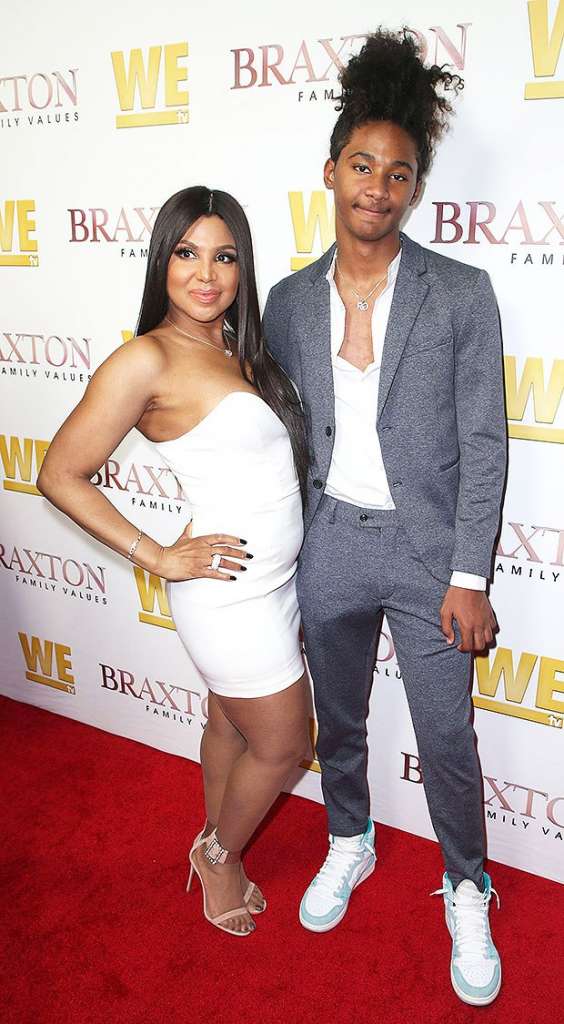 He was wearing a grey suit and left his jacket open so that the white shirt underneath could be seen.

The shirt was also matching his mother’s dress so the pics of the two look very satisfying.

As for the shoes, the teen wore a pair of white and powder blue hightop Nike sneakers.

Finally, he tied up his long hair in a high messy bun! Ten out of ten!

Summer Walker Gushes Over Her Daughter - See The Sweet Photo