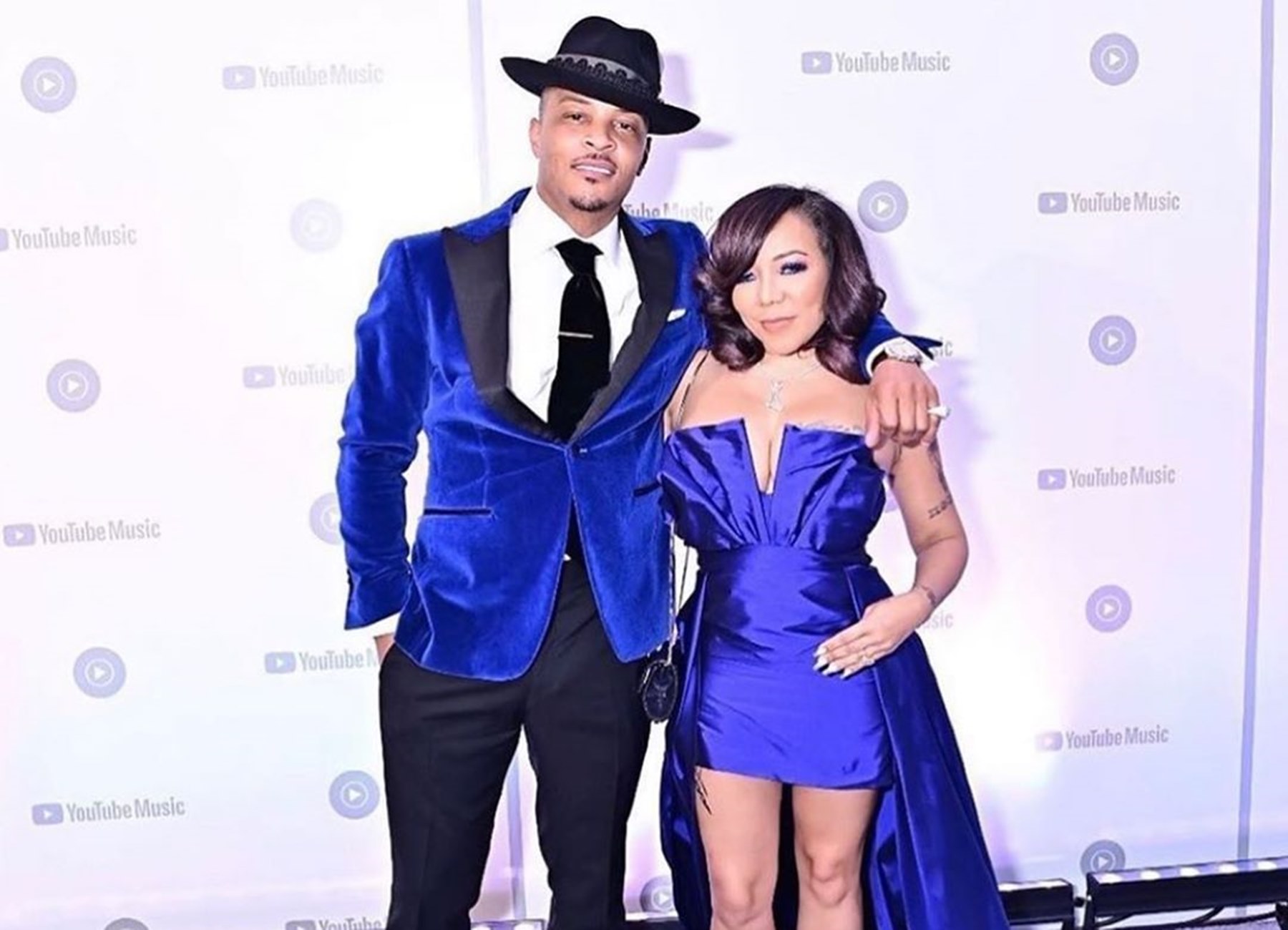 Tiny Harris, the singer from Xscape and wife of rapper T.I., has decided to show the world that she has it and is eager to flaunt it.

The reality TV star, like many other celebrities, has decided to jump on the latest trend and take part in the viral Dolly Parton Challenge.

The social media game made famous by the country legend and actress goes like this — a person shares four separate photos of themselves based on profiles for LinkedIn, Instagram, Facebook, and Tinder or Grindr.

Tiny’s Tinder photo shows a lot of cleavage, and some say T.I. might ask her to remove it.

A All In One! Business woman, HBIC, Wife & Mother, Real Ryder..Period! #dollypartonchallenge😂 👑💋

This backer wrote: “She’s an entertainer though & they use headshots on LinkedIn, so I think it works lol.”

Tiny and her husband recently sat down with host Jada Pinkett Smith to talk about how they saved their marriage after numerous infidelities.

Tiny said: “Once I got on my own two feet, I felt like I should have a voice too. And that voice was a little different than what he was used too. So that, to me, is what caused the issue.”

A All In One! Business woman, HBIC, Wife & Mother, Real Ryder..Period! #dollypartonchallenge😂 👑💋

T.I.P. added: “I feel like he felt like, ‘Mm. This is not the woman I love and this is not what I want. I want somebody that if I tell her this, she’s gonna listen, and she’s gonna do this the way I want her to do it.'”

Tiny hit back with the following: “And that’s where he went…he went and found somebody that he can be like, ‘Hey don’t move…do this, do that’…I was not, and you know what I’m saying here.”

Had a a amazing night at the #YoutubeBall honoring The Legends of music @babyface & #LaReid thx to my Glad squad @therealnoigjeremy he got me all the way together this night & my luv @latashawright & my besties & my ❤️ @thatshekinah made sometime to do my hair!! I Fukn Love U All.. can’t forget my arm candy @troubleman31 with his sexy self!!👅 👑💙💋

A source confirmed to Hollywood Life that all is well between the pair despite the confession and added: “So when I got back, the world was upside down. She kinda had an air like, ‘It’s my time.’ I thought we were going to hit the ground running and get back to things being the way they were,”

The person said: “It doesn’t matter to Tip what people think about his marriage. They are deeply in love and deeply bonded, and if people don’t understand their relationship, it makes no difference to him. And here is no way that he’ll make any statement on this. That [Red Table Talk] conversation was his statement. Anyone that wants to take the time actually to watch and hear what he is saying will understand how much he loves his wife and how committed he is to her heart and soul. The haters that can’t see that are just negative, and he doesn’t have the time of day for them.”

T.I. is on the rebound after the Deyjah Harris drama.