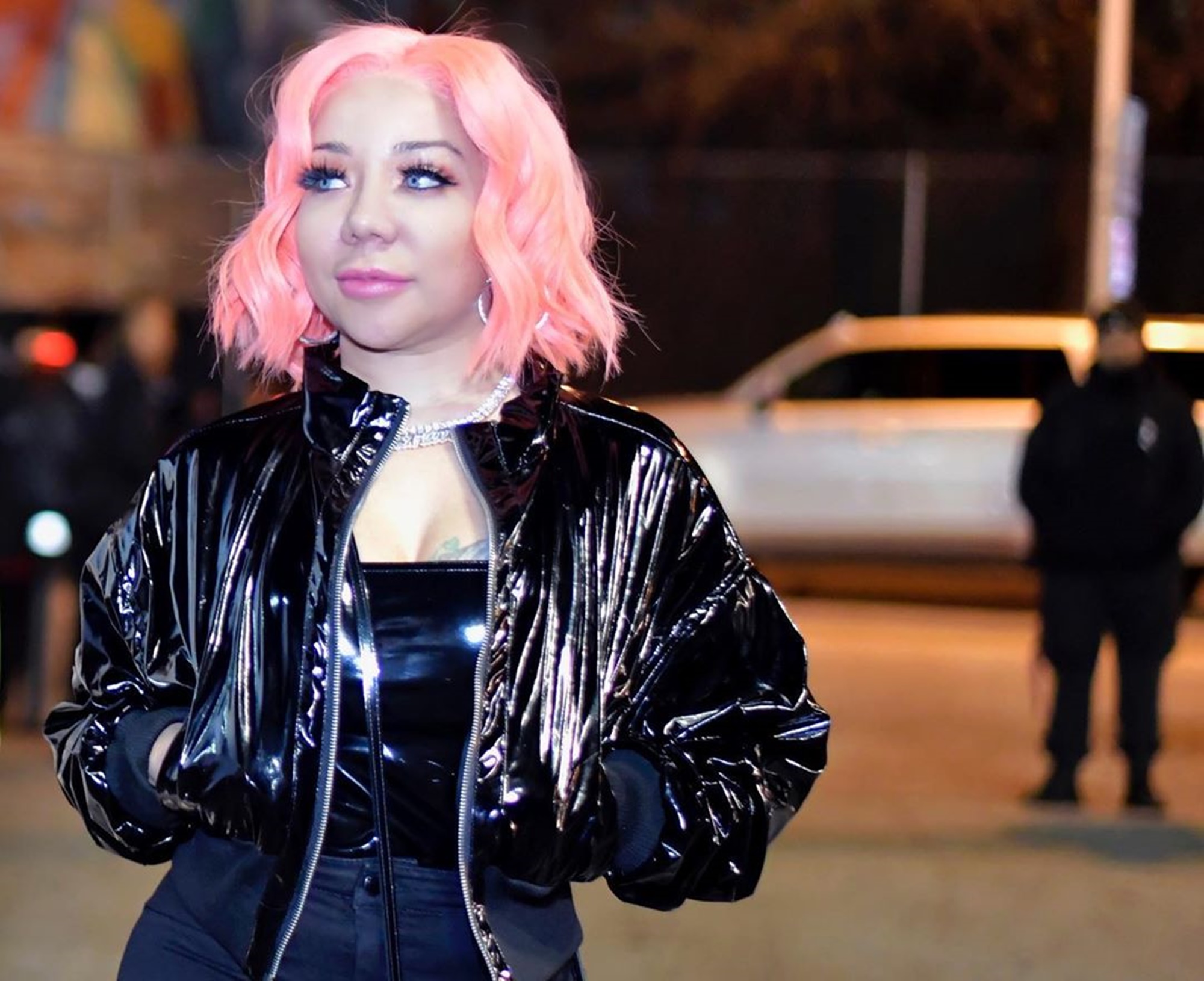 The Xscape singer showed off her killer curves in an all-black outfit as she worked hard during the Super Bowl weekend to collect her coins.

The mother of four shared a few pictures on social media and used the captions to explain that she knows that she has it and is not afraid to flaunt it.

She said: “A walking lick 🏦…… Nothing wrong with switching it up..keeps it interesting!”

Tiny also stated that she has been handling her business alongside Toya Wright and Monica Brown. She stated: “My [email protected] Bad wit a bag…🚫”

One fan told Tiny: “Stop it let nobody say it harder your pure”GORGEOUS” She is so light skin omg lol I love her yellow self 💕The color is pretty. The style is not so nice. Just my honest opinion but I like her personality.”

Another commenter replied: “Aging backward in this pic. she got work done because tiny ain’t been this cute in years love her, but it’s the truth. She looks like a teenager all over again😍.”

This third person revealed: “Colored hair on females is 🔥to me but of course they still gotta be fine first 🤣 but this cute on her lol, just Oh wow, Tiny the pink hair is real flattering on you! Do it gurl🔥❤️.”

A walking lick 🏦…… Nothing wrong with switching it up..keeps it interesting! A product of @therealnoigjeremy 👑🤑💰 📷 @giftedtalents

A source close to the diva explained why Tiny decided to give T.I.P. some room this weekend.

The insider shared: “Tiny is playing it very cool this weekend and letting Tip have his space. They will be sleeping in the same bed every night, but she won’t be glued to his side. She doesn’t feel like she has to do that, which is such a relief.”

The friend continued with: “She’s so busy with all her business ventures over this weekend. It’s a big weekend for making money in Atlanta and Tiny’s laser-focused on securing the bag.”

The source went on to say that T.I. loves that and added, “her drive, and her confidence always make her more attractive to T.I. so she’s making the right move for her marriage by putting herself first and not obsessing over him.”

Tiny knows what the right distance between herself and T.I is.