A bitter fight has made Tiny Harris very happy and even proud of her man, and now she has big aspirations for him.

Recently, T.I. has been making political headlines that have seriously rattled the White House. Tiny’s husband went on an epic rant against Kanye West and Donald Trump.

T.I. took the fight to a whole other level by dropping a video where a Melania Trump lookalike danced with no clothes on for him while he sat in the Oval Office.

Tiny loved the controversy and was turned on by it and started imagining her man in the White House one day.

A source told Hollywood Life: “Tiny thinks it’s important for T.I. to not stand by silently while Kanye runs amok in the White House. She feels like the only thing worse than how Kanye is behaving is for good men like T.I. to stand by and do nothing.”

The person added: “Tiny thinks T.I.’s latest video is hot. He looks good in the Oval Office. She thoroughly enjoys imagining him there. Tiny fully understands her husband’s message and purpose with incorporating a naked Melania look-alike into the clip and that she’s not jealous at all.”

When the whole family get down!!! Raw talent? Make sure you don’t miss us & the rest of the Framily coming to @Vh1 Oct. 22 #WeDetFreshNDetSerious #TooLiveCrew #GodGotHisHandsOnUs ??????

The insider continued with: “She’s proud of him for having the balls to take shots at President [Donald] Trump. Tiny feels like this video was a genius way for Tip to express his rage at the president and get a whole lot of free publicity for his album too.”

In a lengthy post, T.I. bashed Kanye by writing: “I would’ve been in there wit you and you behaved that spinelessly in my presence, I feel that I’d be compelled to slap de’Fuq outta you bro for the People!!! … You ass kissing and boot licking on a whole new level, and I refuse to associate myself with something so vile, weak and inconsiderate to the effect this has on the greater good of ALL OUR PEOPLE!!!! … “

The insider went on to reveal: “He wasn’t messing around, and Tiny loves that! She really appreciates that T.I. has the courage to speak up for what he believes is right, even if that means openly criticizing Kanye who is regarded as a leader in the hip-hop community.”

T.I. is getting all the publicity he was looking for. 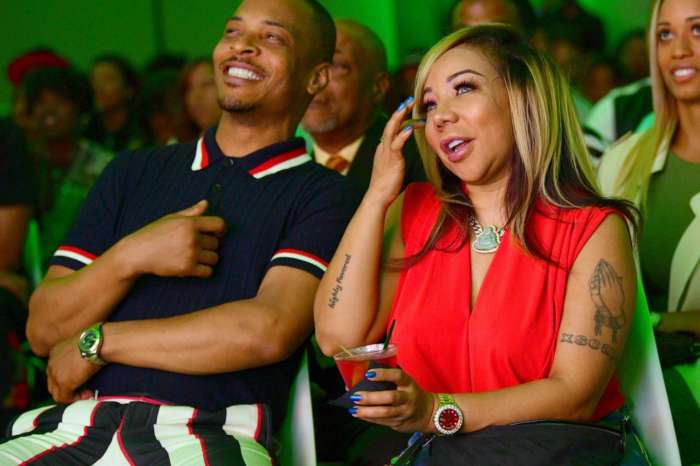 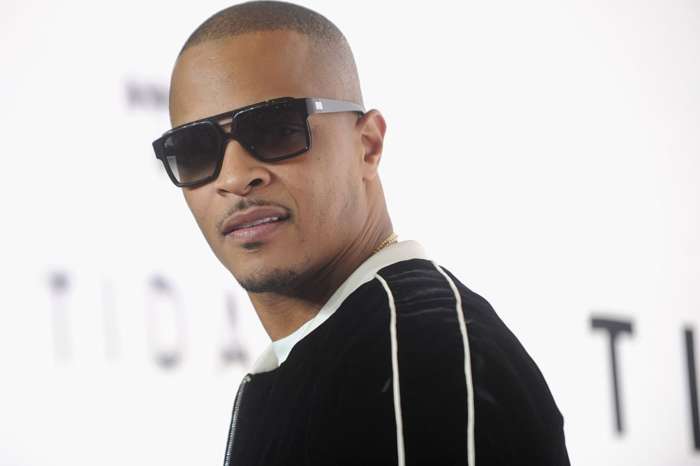