Tiny Harris Is Being Pressured By Famous Friends Like Kandi Burruss To Dump T.I. Amid Divorce Reports

Asia’h Epperson was the straw that broke the camel’s back because Tiny Harris is said to be under pressure from her close family members and longtime friends to leave T.I. for good this time around.

It has been a few weeks of misery for the power couple after the infamous booty-slapping video starring T.I. and Asia’h hit social media.

Tiny threw tons of subliminal and direct shades at the ATL actor, and he was quick to respond with a few pearls of his own.

The Xscape singer and T.I. have gone out of their way to avoid each other since the cheating scandal broke.

While diva Tamar Braxton is telling Tiny to make it work with her cheating husband, The Real Housewives of Atlanta star Kandi Burrus wants her to be an example for her daughters and kick him to the curb.

Many other famous pals are singing the same song to Tiny — sign the papers and have a divorce party preferably with her fling, Floyd Mayweather.

A source told Hollywood Life: “Tiny is feeling the pressure from friends and family to finalize her divorce with T.I., but she can’t help but drag her feet with the whole process. Those close to her are trying to convince her that the healthiest thing for her, the kids Clifford, Major, and Heiress, and T.I. is to get the divorce over and done with so they can all move on.”

The person added: “Once the divorce is done with, Tiny will be able to create clear boundaries with T.I. and the rumors of him cheating will be over for good. However, it’s not that simple for Tiny. She and T.I. both have a lot of money, property, and other assets co-mingled, so their divorce is complicated.”

The pal concluded by stating: “Tiny still has a lot of love for T.I. too. As angry as he makes her sometimes and despite everything he has put her through, she still loves the father of her children. So, it may take her a while before she is ready to end it all for good.”

Fans hope that they will be able to pull through. 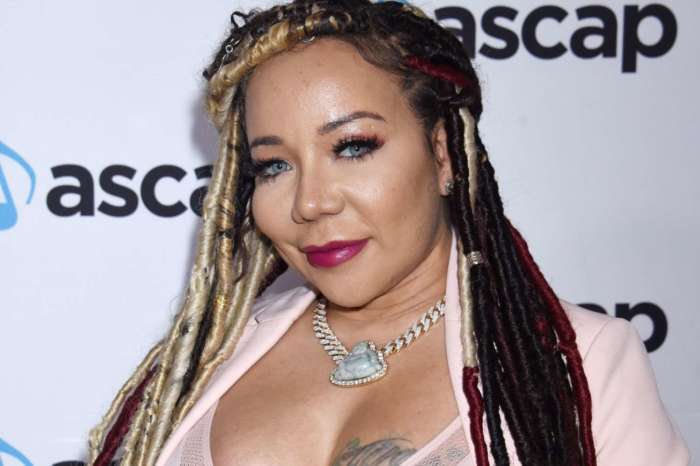 Tiny listen to ur Heart I’m likke Tamar dont leave him yall are great couple make ur marriage work but Ti needs to realize that he had a real good woman and a great mother and a perfect wife Marriages go through there ups and downs u guys have a Beautiful Family work it out !!!!!!!!!

Looks like she went ahead and had her nose done too. Looking good.