Tiny Harris’ Daughter Heiress Sings Backup For Her Mom And She’s A Natural – Check Out The Adorable Video! 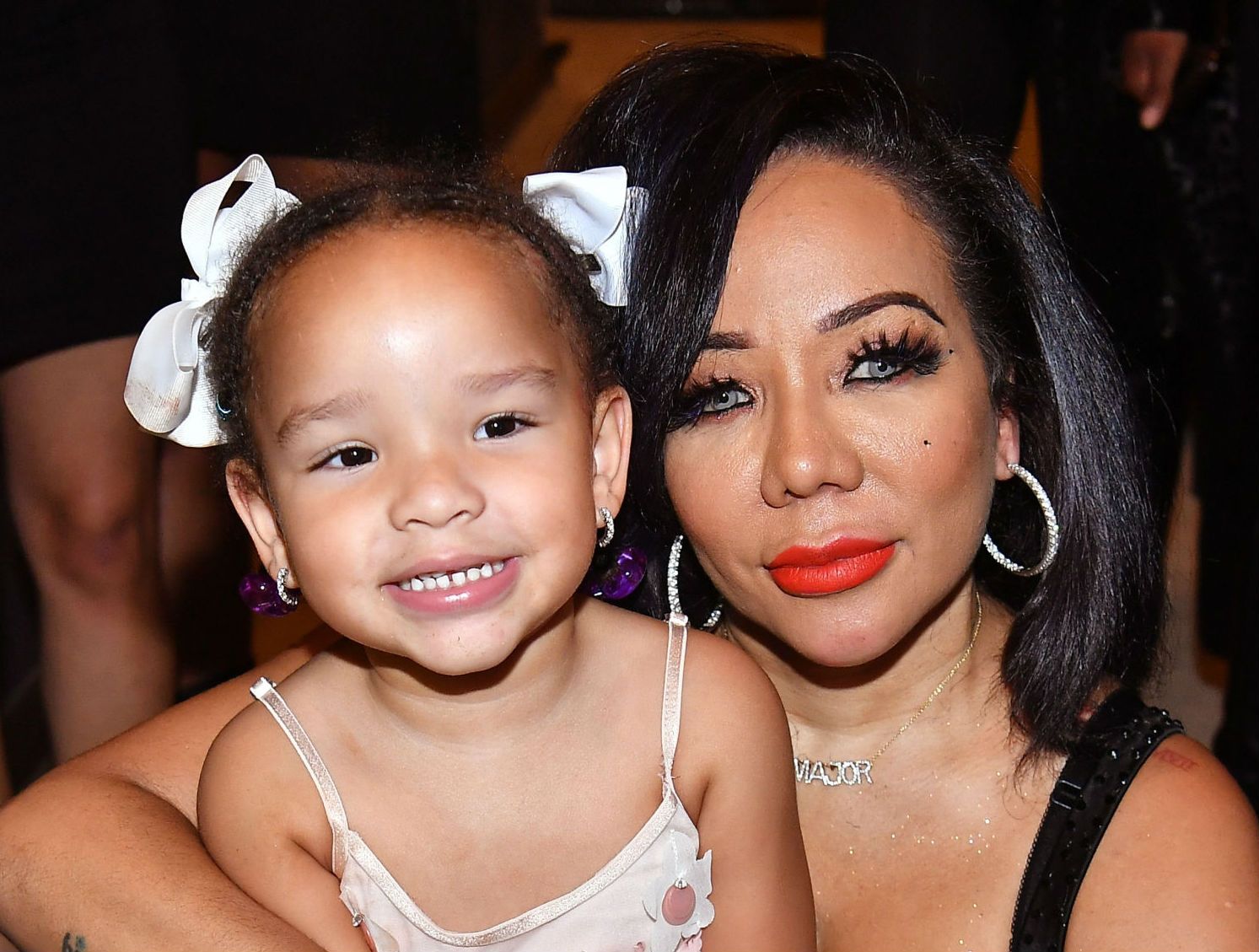 She’s only three years old but her mom can already count on her to save the day! Little Heiress Harris was quick to replace one of Tiny’s backup singers when they couldn’t make it!

The whole situation made for an adorable video that showed the child being an absolute natural on stage, just like her mom!

Heiress looks like she has a great future in the music industry judging by her latest performance as Tiny’s backup singer as she took command of the mic, even stealing some of the spotlight from her mother!

Either way, it was a great thing that she took on the job, helping Tiny out after one of her original backup singers could not be at a rehearsal for her R&B Rewind Concert Series show set to take place in a couple of days.

The tot did not deal with any stage fright and confidently sang into the mic alongside her mommy’s professional backup singers while she was rehearsing her brand new single titled I F**kin <3 you.

Tiny took to social media to share one of the videos they shot of the run-down and at some point, the mom and daughter even became more of a duo since she knelt down beside Heiress, singing together side by side.

So this happen today!! First day of rehearsal for my next show Nov. 24 & one of my background singers didn’t make it so Lil Miss Heiress decided she was gone fill in. She was so serious!! What y’all think? Should I add me another singer🤪 👑💜

In the caption, the proud mother wrote: ‘So this happen today!! First day of rehearsal for my next show Nov. 24 and one of my background singers didn’t make it so Lil Miss Heiress decided she was gone fill in. She was so serious!! What y’all think? Should I add me another singer🤪 👑💜.’

Is that even a question? Heiress should definitely join in for the actual show as well!

After all, she already knows all the words to the song as proven by the clip Tiny shared with her many followers.

Pete Davidson Says He Treats All His Girlfriends Like A 'Princess'