At 50 years old, Tim McGraw is looking better than ever after a dramatic weight loss. But after he recently collapsed on stage, fans are curious about his health and diet. The country music superstar has been open in the past about his desire to get in shape, but has he finally gone too far?

According to Closer Weekly, McGraw says things started to change ten years ago when he decided to stop drinking and make a big lifestyle change.

“I drank too much. I partied too much. And did other things too much. Chemically,” confessed McGraw. “When your wife tells you it’s gone too far, that’s a big wake-up call. That, and realizing you’re gonna lose everything you have. Not monetarily, not career-wise, but family-wise.”

He went on to say that his kids were getting older and he was past the point that they noticed what was going on, and it was enough to straighten him out.

Our hearts are with @TheTimMcGraw after his collapse on stage last night ? https://t.co/7YE5YpBqa7

The singer says that he was at a crossroads in his life and he wanted to control something, and the first thing he could grab was his physical well-being. Before long he was on a strict three-times-a-day workout regimen that helped him both physically and mentally, and it put him in a position to want to work really hard.

McGraw likes to go back and forth between an elliptical and a treadmill during his morning routine, and in the afternoon, he enjoys a Crossfit workout.

He also focuses on his diet and tries to eat healthy three to four days a week with protein, vegetables, and fruit. Then before he goes to bed, he enjoys yogurt with granola on top. However, on some days he still enjoys pizza, hamburgers, and pasta.

I’m making fitness a priority this year and want you to join me! Check out the @snapfitness #CommitToYourFit 90-Day Challenge to kick start your fitness journey. However you get started, take it one day at a time, and changes will start happening. (Link in Story)

But after he recently collapsed mid-concert in Ireland, the country singer joked that he might need to cut his workouts short because he was “super-dehydrated.”

After the local medical staff treated him, McGraw says he feels fine and his health condition is good. The good news comes after he had to cut his show short when he dropped to his knees after singing the song Humble & Kind at the Country to Country festival in Dublin.

In a statement, Tim McGraw and Faith Hill both thanked everyone for their love and support and said they look forward to seeing their Irish fans again soon. 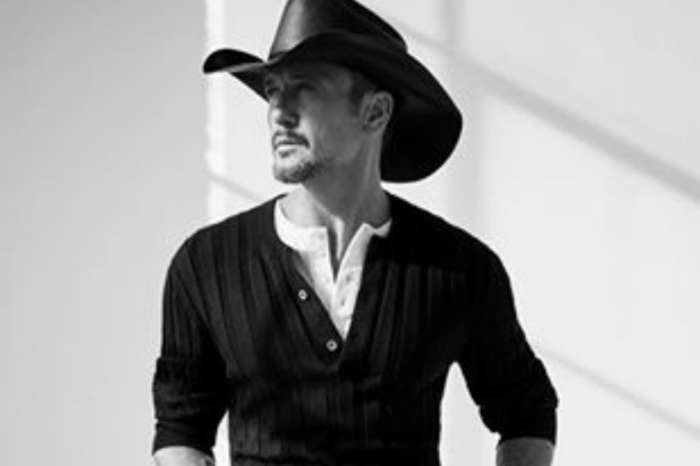 Yes, It Actually Happened! Melania Gets Saved By Donald Trump After She Trips - Check It Out!