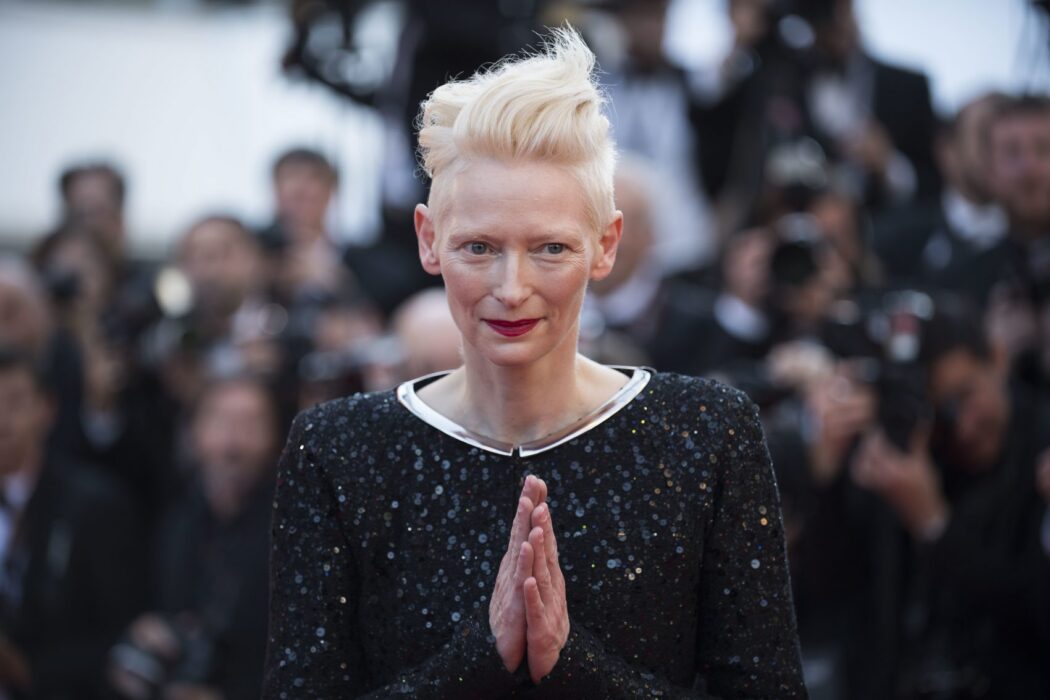 During her chat with British Vogue, Tilda Swinton, 60, touched on human sexuality and more specifically, her idea of “queerness.” While most people consider the term, “queer,” a way of expressing an idea about gender identity or sexuality, Swinton claims that it’s a bit different for her.

The 60-year-old actress shared that for her, it has a lot more to do “with sensibility,” rather than gender identity or sexual orientation. Speaking with the outlet, Tilda explained how she was always trying to find her “queer circus” and she wound up getting what she wanted in the end.

Tilda explained that she found it, and it’s “her world.” Swinton went on to say that she has a “family” with some of the most prominent actors and directors in the game, including people like Wes Anderson, Bong Joon-ho, Luca Guadagnino, Jim Jarmusch, and Joanna Hogg, just to name a few.

As it was previously reported, Tilda first came to prominence for her acting chops in the movie, Orlando, from 1992, in which she portrayed a character that allowed her to explore themes of gender identity and androgyny.

Additionally, Tilda has worked with Derek Jarman on the 1986 movie, Caravaggio, which was one of the first to show gay love scenes. As for her love life, Swinton has a pair of 23-year-old twins with John Byrne, her ex. She has been linked to Sandro Kopp, as well, since 2004.

Regarding her career, Tilda shared with the journalist that she never had any “ambitions as an artist.” She noted how it likely sounded weird to say such a thing, but “It’s a fact.”

According to Swinton, if someone were to ask her when she was 10-years-old or 20-years-old what she wanted out of life, she would’ve claimed that her main goals were to have great friends and a nice place in the Highlands of Scotland.

Tilda, as most of her fans know, has a long and illustrious career in the acting business. One of her most famous roles is from Burn After Reading in which she acted as part of an ensemble cast. The film included John Malkovich and George Clooney as well.