Tiffany Haddish Lands Commercial For Groupon During The Superbowl

During an appearance on Jimmy Kimmel Live, Tiffany Haddish opened up about a Groupon swamp tour she once took with Will and Jada Smith, and just a few months later, she got offered two jobs as a result of her story. On the 15th of January, Tiffany said she’s a “huge Groupon fan” and they “made (her) their spokesperson.”

Tiffany stated the news is true; she’s now “the official spokesperson for Groupon!” In an upcoming Super Bowl commercial for the enterprise, Tiffany will appear to sing its praise.

When promoting Girls Trip during the summertime, Tiffany opened up about the story of her adventure with Jada and Will Smith, and it caught the attention of the organization. As a result of her captivating storytelling, the actress found herself a deal she was unable to pass up.

Sources close to Groupon said, “they were impressed with her story, and it was fantastic publicity for the company. Executives knew making her the spokesperson would be a huge benefit to not only her career but the business as well. It’s a win-win situation for both of them.”

Wassup, yaw!!! So excited to announce that I’m the new spokesperson for Groupon! Can you believe it? So stay tuned for some exciting stuff ahead. #GottaHaddish

The chief marketing officer at Groupon, Vinayak Hedge, said they were “thrilled to have” one of the most popular entertainment figures as their new spokesperson.

Haddish’s talent, as well as her passion for the company, made her an obvious choice for the collaboration. Additionally, Groupon added a special page to their website which features Haddish as the “Groupon Super User.”

In a statement released recently, Haddish said “nobody knows Groupon like” she knows Groupon and has sung their praises for years.

It was only a matter of time before she became their official brand ambassador. This marks just one of many instances demonstrating Haddish’s domination of the industry at the moment.

However, unfortunately for the actress, she didn’t get nominated for Best Actress for the movie, Girls Trip, which outraged Jada Pinkett-Smith. Celebrity Insider reported earlier that the wife of Will Smith took to Twitter to criticize the ceremony’s “alleged lack of diversity.” 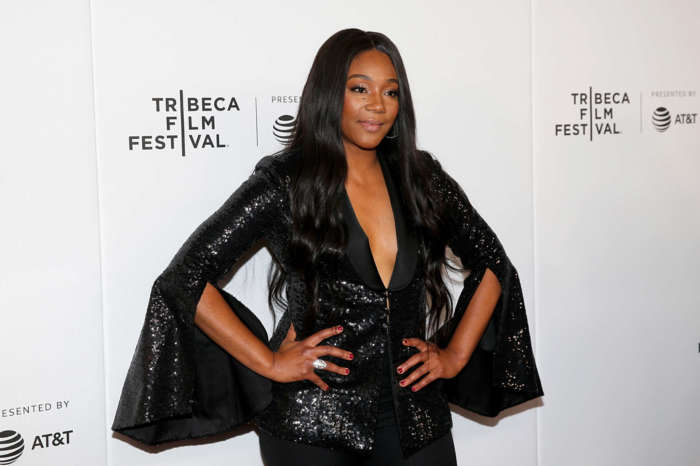 Her story put me off because she described herself as getting high as a kite and THEN driving to see Will and Jada in her $20 rental and THEN driving all three of them to their swamp outing.

If this story is true she was driving under the influence!!!

She’s one in a million! I loved her parody of Mary J Blige on SNL.#CONGRATSTIF.