Tiffany Haddish has been on top ever since getting a starring role in the hugely successful 2017 film, Girl’s Trip, along with Jada Pinkett-Smith and Queen Latifah. The comedienne is also slated to perform in Tracey Morgan’s film, The Last OG.

However, during her appearance on Late Night With Seth Meyers, the comic revealed she had a chance to audition for the critically acclaimed, Get Out, written by Jordan Peele.

Haddish explained she had worked with him once before, his movie, Keanu, but when offered to audition for “Get Out” she said no.

Haddish said to Meyers, “he asked me to audition for it,” and Tiffany told him she doesn’t do scary movies because she “doesn’t let that in my house,” because of the connection to supernatural forces.

Peele assured her that it wasn’t a demon film, and she said, “that’s a white man trying to take people’s souls out their body and opening up their brains,” so it sounds a lot like a demon to her.

Did y’all see the New Drake Video?! Check it out #sheready #livingoutanotherdream Thank you @champagnepapi

Despite declining the opportunity to potentially star in the film, Haddish admits she continues to support him and his career, even though it seems like he doesn’t need it, considering Peele received the Oscar for Best Original Screenplay for the movie.

According to Haddish, the reasoning for not starring in such films runs much deeper, in fact, it delves into the supernatural. The actress revealed she’s scared of becoming haunted, she explained, “people already curse me out enough as it is.”

Fortunately for Peele and Tiffany, they are now about to work together again in The Last OG, which Jordan executively produced. Perhaps, it wasn’t a bad idea for the comedienne to avoid starring in a movie like “Get Out,” because her personality doesn’t fit.

Read more about Tiffany Haddish get out
Advertisement 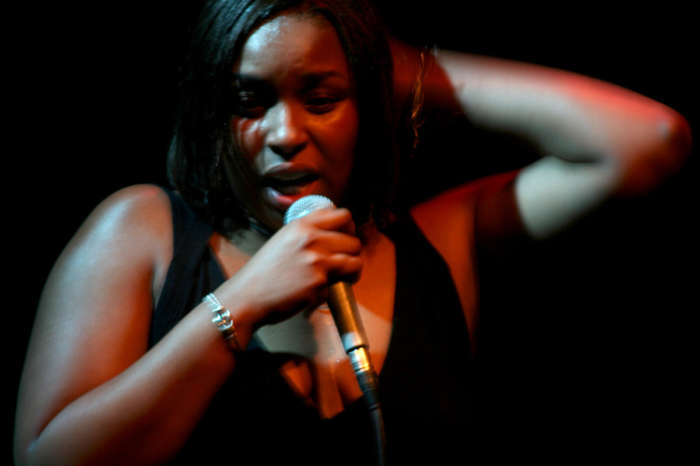