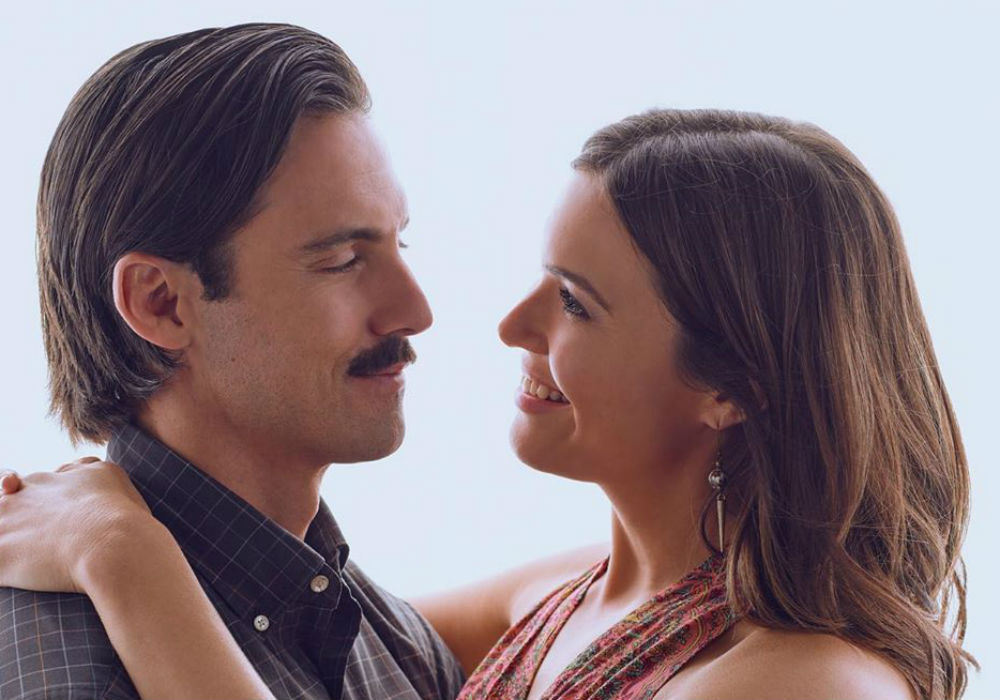 After a long six-month wait, Season 4 of the NBC time-jumping drama This Is Us finally premiered this week, and the episode introduced fans to numerous new characters while giving a little more insight into the early days of the romance between Jack (Milo Ventimiglia) and Rebecca (Mandy Moore).

Season 4 picked up the storyline from the Season 3 finale that saw Jack and Rebecca in the early 1970s as they traveled across the country together just days after meeting. When they return home from their trip to California, it’s clear that these two are falling in love quickly, and their fourth date ends up being an uncomfortable dinner at a country club where Jack meets Rebecca’s parents – Dave (Tim Matheson) and Janet (Elizabeth Perkins) – for the first time.

Pretty much how we feel about #ThisIsUs Tuesdays officially being back.

“This season we’ve only started exploring Rebecca when she knows Jack,” Moore told People magazine. “That’s the time period I’m really interested in: their initial meet-cute, date and the road trip out to California. Then the immediate aftermath of them getting back from that trip, home in Pittsburgh, meeting her parents and figuring out how they fit into each other’s lives back at home.”

Leading up to the dinner, Jack – who has just returned from Vietnam and is unemployed – visits a local clothing store to find a sport coat, and he meets Miguel (Jon Huertas) for the first time. His future best friend (and Rebecca’s future husband) hooks him up and allows him to rent the blazer for free, but he has to keep the tag on and bring it back when he’s finished with it.

Ahead of the dinner, Rebecca tells her parents not to mention Vietnam, but it’s the first topic out of her dad’s mouth when Jack shows up. As her parents proceed to grill Jack – her mom is incredibly judgmental and racist – he wins Rebecca’s heart by speaking about the loss of his brother Nicky and the reality of war.

It appears that Jack has won Rebecca’s parents over – especially her dad – after his price tag slips out from his jacket sleeve and Dave silently gives Jack a heads-up. But, when the dinner is over, Dave tells Jack that even though he is a good man, he isn’t good enough for his daughter and he will fight the relationship.

As Moore explains, that time period from the episode introduces a lot of obstacles to Jack and Rebecca’s relationship that she didn’t see coming, and their love story “wasn’t a straight line.” Instead, it deviated in unexpected ways.

Jack Damon!! He get it from his mama and his mamas mama and they’re allll way more than Pittsburgh good. #ThisIsUs pic.twitter.com/uStFTjtz7W

So much more happened in the episode, including the introduction of new characters like Cassidy Sharp (Jennifer Morrison), a marine veteran struggling with her return from the war in the Middle East, and 16-year-old father Malik (Asante Blackk) and his dad (Omar Epps), who will end up being a big part of Deja’s (Lyric Ross) life.

But, the biggest introduction was to actor Blake Stadnik, who is legally blind. It wasn’t until the end of the episode that we discover he is Jack Damon, the adult son of Kate (Chrissy Metz) and Toby (Chris Sullivan). And, creator Dan Fogelman says fans will see Jack again later in the season.

New episodes of This Is Us airs Tuesday nights on NBC.