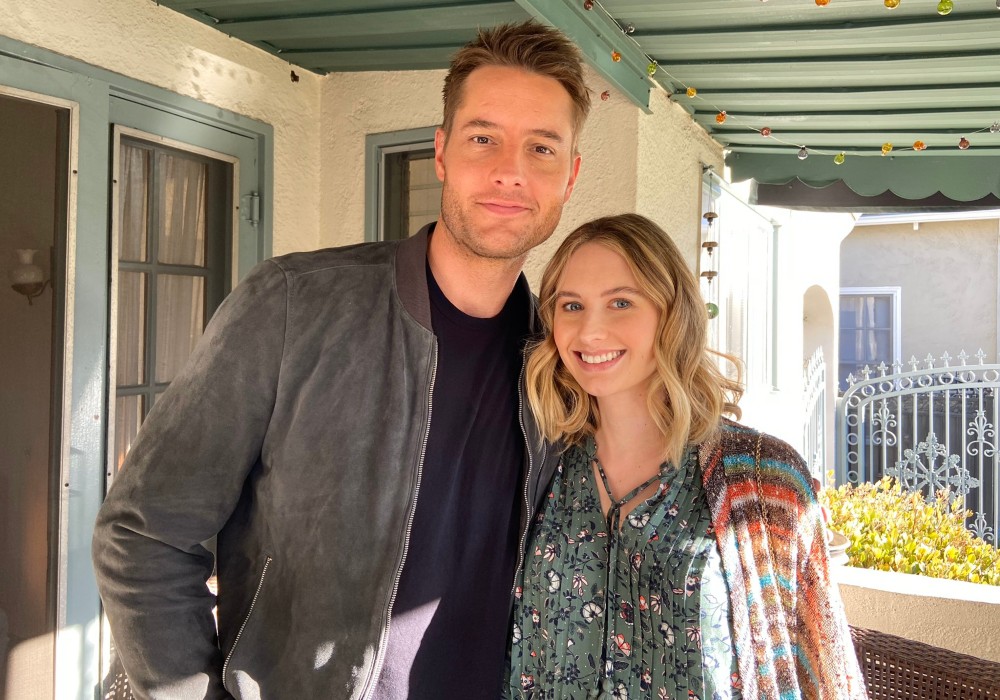 Warning: Major spoilers ahead about the This Is Us Season 4 finale.

The Season 4 finale of the NBC tearjerker This Is Us was epic. Not only did it answer the season’s biggest question, but it gave some unexpected reveals, introduced new characters, brought back others we haven’t seen in a while, and sparked new questions about the future of the Pearson family.

The latest episode included multiple different time periods, with the focus being on the Big Three’s first birthday nearly 40 years ago, the Pearson family during present day, and two future time periods. One of the jumps to the future was when matriarch Rebecca (Mandy Moore) is on her deathbed, and the other went even farther to when Kate (Chrissy Metz) and Toby’s (Chris Sullivan) son Jack is welcoming his first child with his wife.

Us looking for someone to talk about that #ThisIsUs finale with. Sound off, fam. 👇

The biggest bombshell from the episode was the reveal of Kevin’s (Justin Hartley) baby momma (and possible future wife), who turned out to be Kate’s bestie Madison (Caitlin Thompson). The twist went even further when it was revealed that Madison was pregnant with twins, who in the future we find out are a boy and a girl.

It still isn’t clear if Kevin and Madison get married, but he is wearing a wedding band in the future at his mother’s deathbed. There are still major questions about his future wife, as the episode gave viewers a brief glimpse at both Kevin’s ex-wife Sophie (Alexandra Breckenridge) and his past fling Cassidy (Jennifer Morrison).

The other major question that the finale answered was what caused the giant rift between Kevin and Randall (Sterling K. Brown) that destroys their relationship. Fans already knew that the brothers had a falling out and weren’t speaking on their 40th birthday, which is set to happen next season in the “present day” timeline.

It turns out, the brothers came to nasty verbal blows when Kevin found out that Randall had convinced Rebecca to change her mind about participating in a nine-month Alzheimer’s clinical trial in St. Louis.

Writers also shocked fans when it was revealed that Kate and Toby have decided to adopt a second child to give baby Jack a sister. In the major flash forward to the birth of adult Jack’s (Blake Stadnik) first child, viewers were introduced to his sibling who had not been mentioned or hinted at during the first four seasons of the show.

It was also revealed during the time jump to Rebecca’s death bed that Uncle Nicky (Griffin Dunne) is wearing a wedding band and is sitting by her side. Yet, her husband from the present day, Miguel (Jon Huertas), is nowhere to be seen. Who is Nicky married to? And, where is Miguel?

Anyone down to catch up with some old friends? 😏 #ThisIsUs

There was also an appearance during the Big Three first birthday time period from Dr. K (Gerald McCraney), and fans got some interesting insight into the relationship of Jack (Milo Ventimiglia) and Rebecca when they were dealing with the Big Three’s first birthday while also grieving the loss of their son, Kyle.

There is definitely a lot to unpack, and creator Dan Fogelman says that they have even bigger plans for Season 5, including “something big” happening in the season premiere. Unfortunately, fans will have to wait at least six months to find out what happens next. And, if the COVID-19 pandemic continues through the summer, This Is Us fans might have to wait even longer.