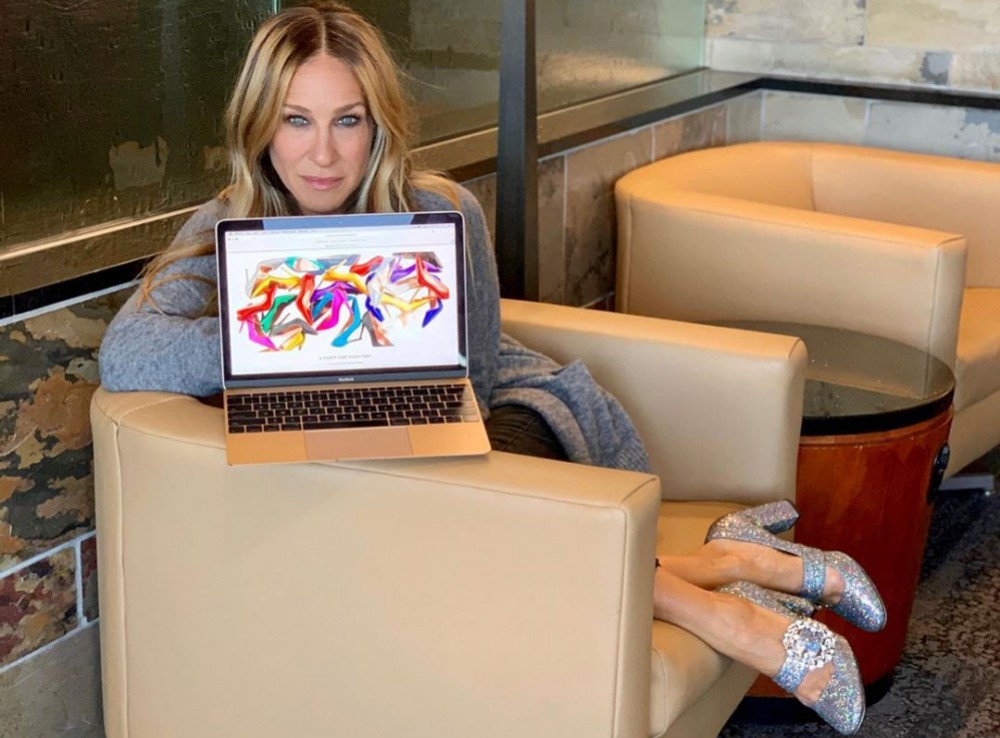 Sarah Jessica Parker has brought her fashion business to a whole new level. The Sex and the City actress has been revered as a fashion icon for years and she has partnered with other businesses, putting her name on fashion brands via collaborations. Now, Sarah Jessica Parker has launched her very own brand titled the SJP collection and the store is online, having officially gone live on Monday, June 17, 2019. It’s been a busy weekend for Sarah as she not only oversaw the opening of the online retail shop but also visited Edmonton, Canada to attend the opening of her brick and mortar store.

The SJP collections feature many shoes (as well as other items), but there is no doubt that Sarah is revered for her sense of style and shoes. The actress, entrepreneur, and designer uploaded a new photo of women wearing her dazzling footwear on the official SJP Collection Instagram page.

Sarah also shared several updates on her own Instagram page where she spoke about the dizzying weekend she has had. Sarah even brought shoes that recently arrived from Italy when she made a stop to Edmonton and invited her followers to come meet her in the store.

If you notice Sarah’s footwear in the photo below, you will see how much she adores her shoes and it’s apparent the public does as well.

Mini @sjpcollection whistle stop. All aboard! First stop, Edmonton. I’ll be at @official_wem tomorrow at 4pm working the sales floor and meeting as many of you as possible in the brand new #SJPCollection boutique. And I’m bringing all of our brand new shoes that just arrived from Italy. I’d love nothing more than to see those smiling Canadian faces. X, SJ

Check out the photo below to see more models showing off Sarah Jessica Parker’s shoes from the SJP Collection.

#SJPCollection is ONLINE! www.sjpbysarahjessicaparker.com. We’re over the moon about our brand-new corner of the internet and I can assure you it’s full of color and sparkle! Simply tap this photo to shop. Or visit the link in our bio to browse the rest of #SJPCollection online! X, Sj

Sarah also announced the flagship opening of her store in the midwest at the Mall of America. Here is a photo that she uploaded.

Mall of America!! THIS Sunday, June 16th… We’re packing our bags and heading to YOU! We’re over the moon for our very first Midwest location and can’t wait to welcome you all into this colorful oasis. It’s open to anyone and everyone, so swing by, say hi, and treat your feet! See you at 4pm! X, Sj

When Sarah isn’t launching websites and promoting her stilettos around the world, she acts and executive produces. Sarah Jessica Parker has starred in the HBO series Divorce and is returning to the role for the show’s third season. Divorce has been nominated for both a Primetime Emmy and Golden Globe.

What do you think of Sarah’s new SJP Collection? Are you surprised that she has gone into the fashion industry and now has her own stores?