After exchanging vows in 2009, Chris Pratt and Anna Faris have officially parted ways. The couple announced their divorce on social media Sunday afternoon, though they didn’t reveal any details about why they split. Why did Pratt and Faris call it quits?

The couple’s troubles started after Pratt rose to stardom. Back in 2015, an inside source revealed that the actor had a big ego and was starting to act rude around his wife.

In response, Faris began to worry about fading into the background, and their differences started to unravel their relationship.

In 2016, insiders shared how Pratt became obsessed with his body and the money he was making in acting. Ahead of his role in Guardians of the Galaxy, Pratt shed some major pounds and assured fans on social media that he enjoyed looking at himself in the mirror.

“Eating is no longer the fun part – flexing my butt cheeks in the mirror is, cause no dimples, no rolls, just cut-ass butt cheeks. Live with it!” he wrote.

In retrospect, some signs over the past year seemed to point to bumps in the road for Chris Pratt and Anna Faris: https://t.co/cB1e9nradU pic.twitter.com/gFRFADk1p2

To add to Pratt’s growing ego, the actor was caught flirting with other women. During the MTV Movie Awards in 2016, Pratt was seen flirting with a blonde woman.

The incident led to breakup rumors, though sources speculated that Chris Pratt wouldn’t file for divorce because of his religious beliefs.

Anna Faris, meanwhile, was starting to shed some pounds of her own. The actress started to feel stressed by her marriage and stopped eating to help deal with the drama.

At the time, her close friends said they were worried about her health and how much time Pratt was spending away from home.

In fact, it sounds like the couple remained together for the sake of their son, Jack. Things reached a breaking point when Pratt started working on Passengers with Jennifer Lawrence.

Rumors started swirling that Pratt was having an affair with Lawrence, which only put more stress on the marriage. Faris admitted that all the rumors about her husband were starting to take a toll.

“I didn’t want to think of myself as somebody who could be bothered by tabloid sh*t,” Faris explained. “I take pride in how great my relationship is with Chris, but having said that, of course, in this crazy world where he’s off doing movies and I’m in L.A. raising our child, of course, I’m going to feel vulnerable, like any normal human would.”

In a desperate attempt to save the marriage, Pratt took six months off from filming to focus on Faris and Jack.

Unfortunately, the two couldn’t make things work out and shockingly announced their separation on social media over the weekend.

“We are sad to announce that we are legally separating. We tried hard for a long time, and were really disappointed. Our son has two parents who love him very much and for his sake we want to keep this situation as private as possible moving forward. We still love each other and will always cherish our time together,” the couple shared. 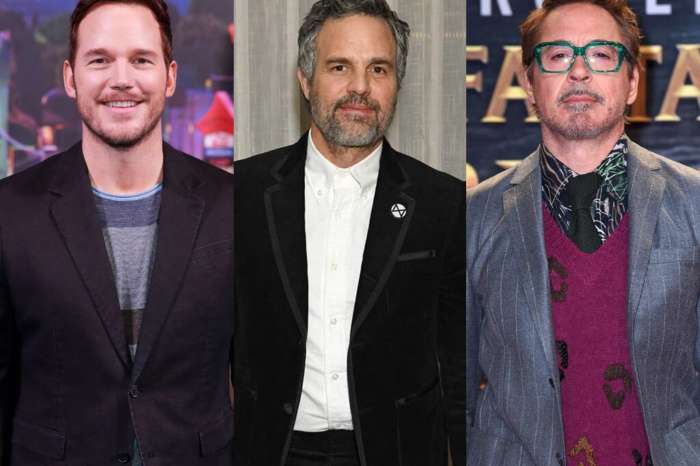