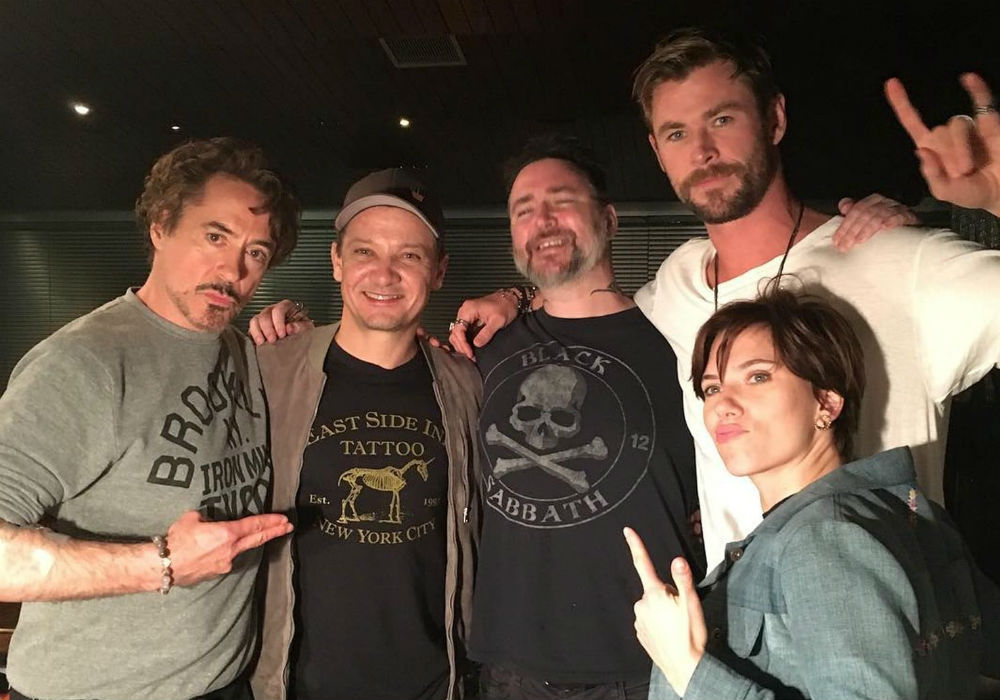 We are just days away from the premiere of Avengers: End Game, and to talk about the journey of the last decade, the Original Six recently sat down for a group interview. Robert Downey Jr. (Iron Man), Chris Evans (Captain America), Scarlett Johansson (Black Widow), Mark Ruffalo (Hulk), Chris Hemsworth (Thor), and Jeremy Renner (Hawkeye turned Ronin) are this year’s Marvel graduating class, but they can’t reveal how their characters’ stories end.

When the actors talked with Entertainment Weekly, they reminisced, joked, and laughed about their time as superheroes. And, president of Marvel Studios, Kevin Feige, joined the roundtable to talk all things Avengers. Well, as much as they possibly could.

They absolutely cannot say anything about the production or plot of Endgame, which Marvel has gone to great lengths to protect. And, Johansson says that has caused her major stress.

“I’m gonna have PTSD from this [press tour.] I mean, honestly, it is so stressful. At the end of every day, I lie awake at night, and I think about all the things I almost said. It gives me panic,” explained Johansson.

Hemsworth said that he had a much clearer sense of his character when he first played Thor. But, as time went by, more of himself made its way into the character, and everyone’s personal relationships start to echo through. He explained that their friendships are real, and fans can see that on screen.

Johansson added that all of their characters have grown over the past decade into “fully realized people,” and she believes the audience has reacted to them growing in a way that reflects their own experience.

Ruffalo admitted that he has become a bit scared and more careful about what he reveals about his character on social media because people take it so seriously.

“You have a bigger responsibility. You also see the power of storytelling. One thing I think about these movies that’s really exciting is they’re forward-leaning in the narrative of good versus evil. We’re able to transcend some of the divisive narratives that are happening now. These stories do touch a lot of different kinds of people with different kinds of beliefs,” said Ruffalo.

He added that The Avengers is about people who have differences coming together, with Civil War being the perfect example of that. Ruffalo said that they are always a step ahead of the political scene, and sometimes the bad guys win. But, if you don’t lose, then you never know the value of winning.

The group also talked about the first time they each met Stan Lee, and Renner said that he aspires to be just as strong-minded as the Marvel creator. He explained that Lee lived an amazing life, and when you got the chance to spend time with him, you could see that he “was burning with the fire of life.”

Hemsworth added that Lee had a “childlike wonder and enthusiasm,” and he was all about telling stories and having fun. However, there was always a deeper meaning in the message.

As for the effect of the Marvel Cinematic Universe over the past ten years, Evans says he is amazed how Feige has been able to “house this giant tapestry of all these woven plotlines.” And, he doesn’t think it will ever happen again because no one else has the ability to do it.

Renner wonders about the ripple effect of Feige’s work and believes that future producers and studio heads will look to him as an example of how to do a series of films.

Not really sure what we’re doing in this photo but watch @JimmyKimmelLive TONIGHT and find out ! #ABC #Kimmel @JimmyKimmel @robertdowneyjr #paulrudd #scarlettjohansson

Feige says that he doesn’t have any regrets creatively, but he does wish they would have done more round table interviews together over the past ten years. 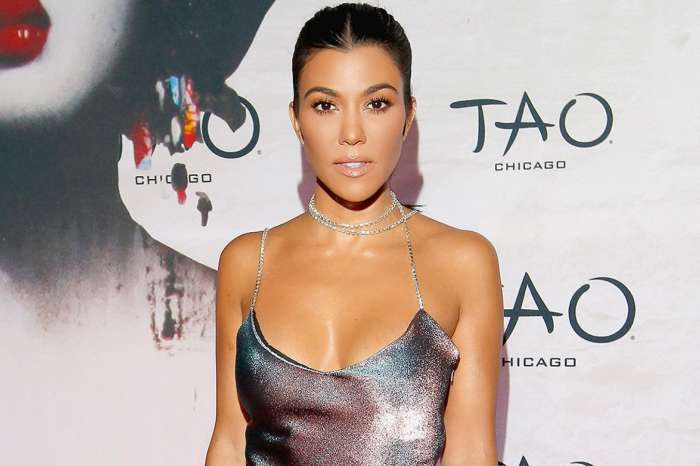 Kourtney Kardashian Reportedly 'Shocked' Wendy Williams Defended Her Despite Attacking Her So Many Times Before!