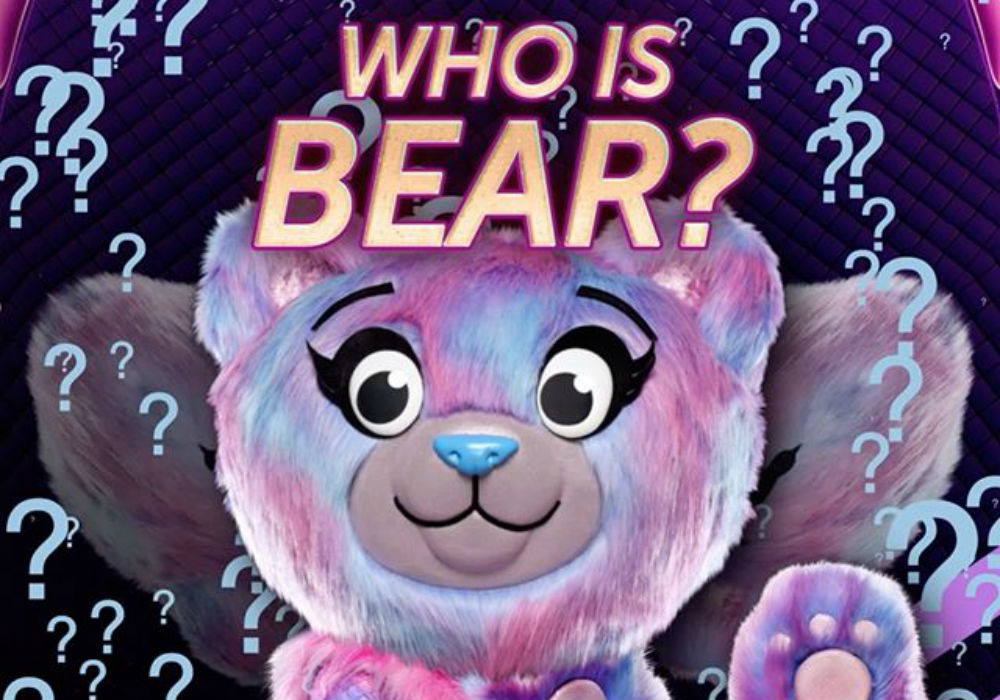 The Masked Singer returned this week with the Group C contestants, giving fans their first look at Night Angel, Bear, Rhino, Swan, Astronaut, and T-Rex. At the end of the latest episode, fans were shook and the judges were absolutely speechless when they unmasked their latest celebrity.

Fans on social media are calling this the greatest reveal in the history of the show, as judges Jenny McCarthy-Wahlberg, Robin Thicke, Nicole Scherzinger, and Ken Jeong had absolutely no idea this was coming.

We want to give @sarahpalin97 a big bear hug. 🐻💘 How does she feel about performing as #BearMask on #TheMaskedSinger?

When the Bear was introduced in the clue package, she said that for her entire life she has dealt with people talking “phony bologna” and not knowing who she really is. She admitted that she was a “polarizing” figure, but she simply wants what is best for her “cubs.” The package referenced hockey skates, french fries, a full house, and displayed a calendar with a Saturday marked “Live.”

There was also a radio talk show where the caller was complaining that the Bear was “unbearable.” She said it was time to come out of hibernation, and under the mask she found the courage to come out of her cave, stop hiding, and face the world head on. She finished up by saying that tonight she was exercising her right to a killer performance.

The Bear proceeded to rap Baby Got Back from Sir Mix A Lot with new updated lyrics, and the fans and judges were dancing and loving the performance. Host Nick Cannon even said “Bear set it off up in here.” This person was obviously not a musician in any way, but they were having fun and showing off a different side of their personality.

🙈Yep… t’was me behind the #BearMask, I LOVED singing on The Masked Singer stage ~ it truly was a blast (now that it’s over!!) Great to work with the BEST producers & crew, many of whom have been so good to our family over the years. pic.twitter.com/BQkEFmYTaO

After the performance, the judges were absolutely stumped. Jeong guessed that it could be Tonya Harding because he thought it was someone with a damaged reputation, while McCarthy-Wahlberg picked up on the full house clue and the hockey skates, thinking it could be Fuller House star Candace Cameron-Bure.

Thicke thought it could be a “funny lady” who is a big star and also a mom, so he guessed Saturday Night Live alum Tina Fey.

By the end of the episode, it was revealed that Bear had the lowest amount of votes and would be unmasked. The judges final guesses were: Cameron-Bure (McCarthey-Wahlberg), Fey (Thicke), Christina Applegate (Scherzinger), and Jodie Sweetin (Jeong).

When it was time to take off the mask, Cannon almost lost it saying it might be the most shocked he’s ever been on the show. It turns out, Thicke was pretty close, as the Bear was former Alaska Governor and Vice-Presidential candidate Sarah Palin! She said she chose the bear because she’s from Alaska, it was part of her nickname growing up, and she’s known as a “mama bear.”

McCarthy-Wahlberg said she was stunned beyond belief, and told Palin that she “kicked butt.” Palin added that she was appreciative of The Masked Singer because they let her “exploit men” by changing the lyrics and making the song all about “men’s butts.” She admitted that it was the weirdest thing she’s ever done, but it’s all about fun and unity, and this is something our country needs right now.

in other news sarah palin was on the masked singer and i really really think you should watch this pic.twitter.com/KHubv68GM5

At the end of the episode, Palin rapped the entire song without her mask while Cannon danced next to her. Honestly, it’s a must watch. As Robin Thicke said, “I have now seen everything.”