The Chainsmokers Crashed At High School Prom This Weekend!

Students were shocked this past Saturday by a surprise performance by one of the biggest EDM artists!

Attendee’s of Huntley High School near Chicago were taken by surprise when The Chainsmokers showed up at their prom and gave a 10-minute performance.

Many students, as well as teachers, posted pics and videos from the event which took place at a Hyatt Regency hotel. The EDM group, comprised of Andrew Taggart and Alex Pall, posted a photo of themselves with their new high school friends.

They tweeted, “crashed this prom just now. It was across the street from our arena, so why not :).”

The Chainsmokers performed at the Allstate Arena in the evening. The Hyatt hotel is, in reality, about 2.5 miles away from the arena but the pop-duo were certainly in the neighborhood.

It was a surprise to most members of the audience, but The Chainsmokers’ appearance was planned with the help of the school principal Scott Rowe.

Scott Rowe told the Chicago Daily Herald, “they just kind of came from backstage and just started performing ‘Closer.’ The kids weren’t exactly sure what was going on. About three words in, somebody screamed ‘That’s The Chainsmokers!’ and they just bum-rushed the stage. It says a lot about those guys and how cool they are to their fans.”

Rowe revealed to the newspaper two weeks ago he got a “random phone call” from an agent who worked for the DJ’s who said it would be the strangest phone call a principal would ever receive.

Crashed this prom just now. It was across the street from our arena show, so why not 🙂 pic.twitter.com/BIOdSrfMKd

The Chainsmokers tweeted, “Your prom could be next.”

Rowe went on to say it was the toughest secret he has ever kept because he knew the students would be thrilled to witness the performance.

Read more about the chainsmokers
Advertisement 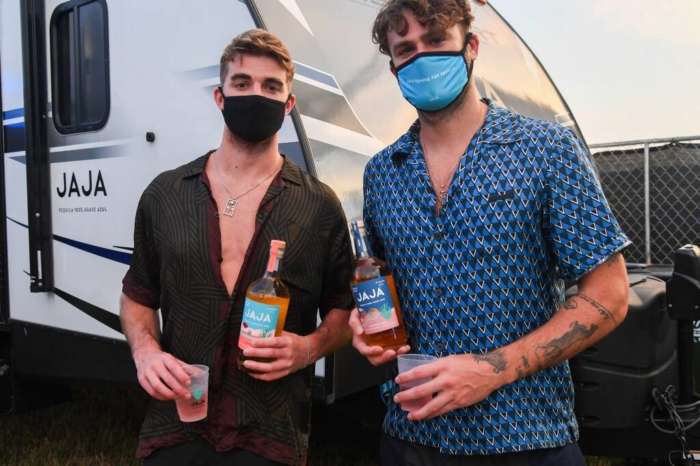 Andrew Cuomo ‘Appalled’ By The Chainsmokers’ ‘Illegal And Reckless’ Concert Amid The Pandemic!

Mel B’s Father’s Death Determined Her To Divorce Abusive Husband Who Kept Her Away From Family For Years!