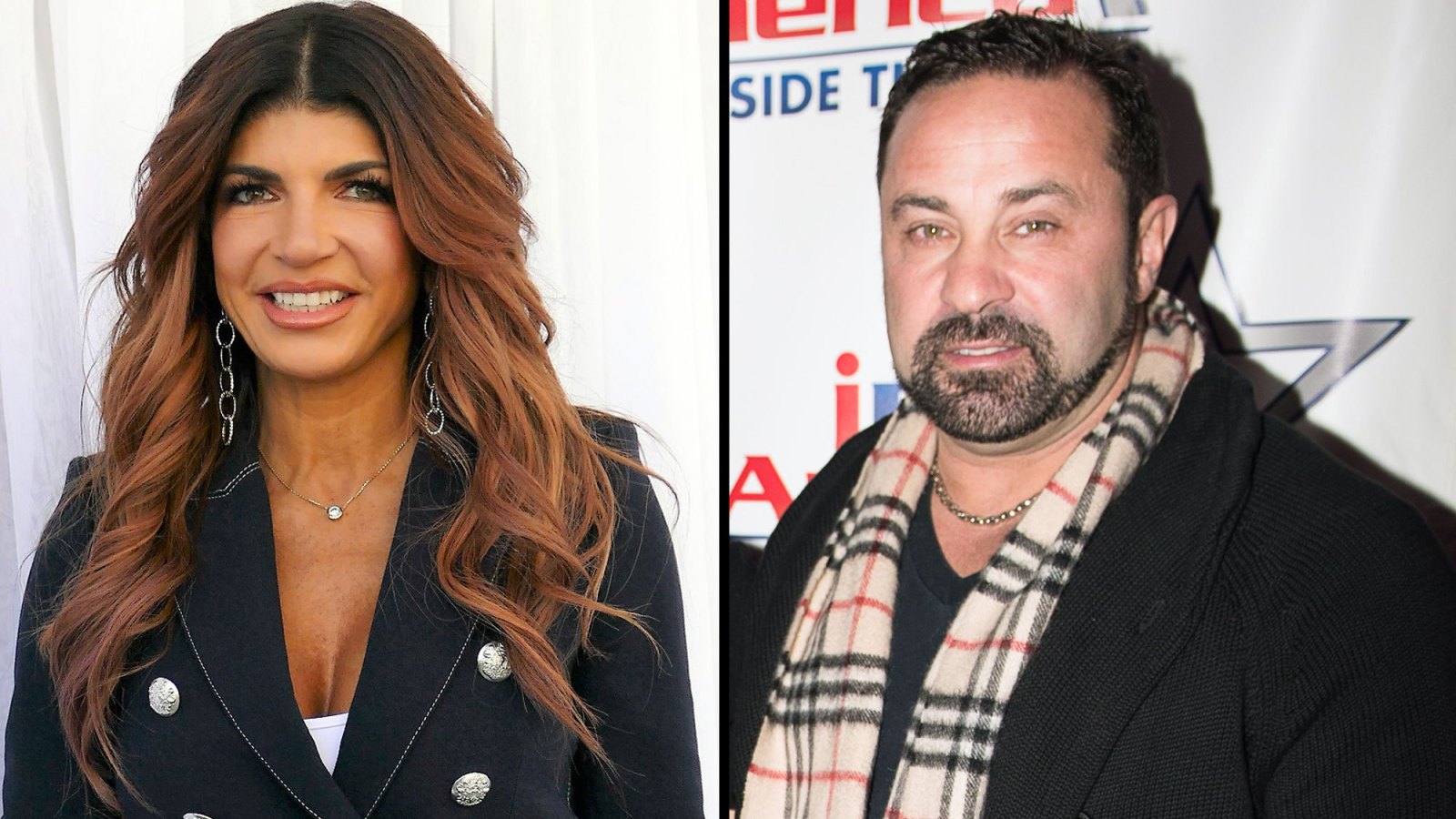 According to a new report, Teresa Giudice would very much love to get a RHONJ spin-off, especially if her husband Joe ends up being deported! Check out the details!

One source tells HollywoodLife that ‘Teresa would love to have her own spin-off show now more than ever and she’s spoken to Bravo about it. It’s been talked about quite a lot. For years! Bravo would love to capture Teresa‘s life after Joe is potentially deported. She makes a large part of her paychecks from Bravo so she’d love to do it. Her spin-off of Joe and the girls did very well, and she was not even a large part of it.’

Furthermore, the insider stressed that Teresa’s life is pretty complex and interesting to keep up with – she goes to fitness competitions, cares for her dad, has four daughters and many friends – that should be more than enough for her to get her own separate show from Real Housewives of New Jersey.

‘She would also love to help get [daughter] Milania’s music career off the ground and feels this would be a great way to do so. Especially if Joe goes back to Italy, she would love to do this, and she realizes now more than ever that that is a real possibility. Teresa knows how to make good TV,’ the source dished, before explaining why that is.

Apparently, it has a lot to do with the fact that she is very open with about life in front of the cameras, showing everything without any problem.

Indeed, that is a very important element in reality TV!

Would you like to see a RHONJ spin-off featuring Teresa Giudice and her family or not? 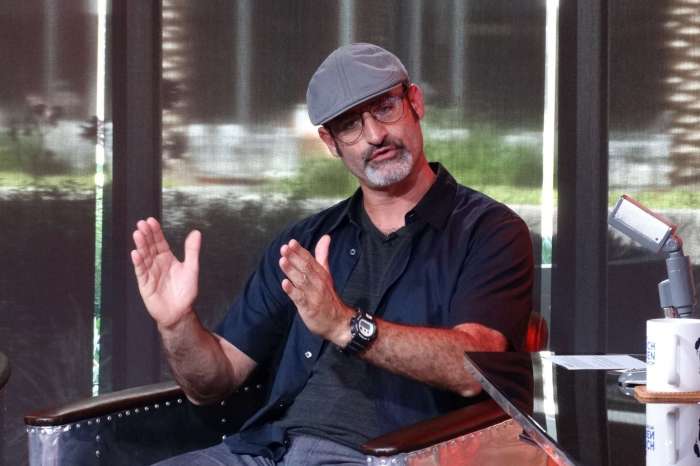 Enough already… Think it’s time to move on without Teresa. Thank you, next.

Theresa is a worn out character. Demands “loyalty” from others does not apply to her. She’s nothi g but a loud mouth lying hot head. She’s become boring to watch. Danielle, oh gosh she needs to triple up on her Prozac. Maybe some time in padded room. Bravo needs to realize when people are that far out on the plank it isn’t entertaining it’s pathetic.

Absolutely NOT ! She is an uneducated bully who thinks her s**t doesn’t stink. She and Danielle are two people I’d like to see off RHONJ.

I will not watch a spin off of her. She is boring. Only thinks of herself. Leaves her kids to much with the live in babysitter (dad) so she can party. Lots of woman are raising kids by themselves. You knew joe wasn’t a US citizen, you signed the papers all on your own, but it’s his fault. Such a looser and the kids suffer for it. Joe deserves to be deported for breaking the law

No I would not watch. I see Teresa as a big FAKE.
Her children have been through enough.

I don’t know that I’ll eat RHNJ next season if Teresa is still on it. Besides her lies & stupidity, I can’t stand that graying voice. And she is the one announcing things!! I hope Andy sets Teresa straight about whose show it is. He should have done it on the first part of the reunion-but he likes Teresa.

For someone who claims to have no money, you could have fooled me! Lavish party for little miss M, who needs to act her age and learn some respect. Trips that most people could not afford, and clothes that I am sure did not come from a discount store. She wants her own show, what a joke!. The bodybuilding competition went to her head. There are many women in this world who have gone thru way worse than Teresa and survived. One cannot help but wonder where she is getting the money for the lifestyle she lives. Isn’t she paying back the FRAUD money she and her husband owe? She claims that PRISON, YES PRISON TERESA not work supposedly changed her????? Could have fooled me. She has become a which….Danielle sure brings the best out in Terrsa. If shegets any more botox she will look like piece of cement! Can’t stand Danielle, WHY BRAVO brought her back beats me. From the polls taken on WWHL, one can see who is on the losing end. If anyone should have their own show MELISSA AND JOE WIN THAT ONE. MARGARET NEEDS TO GO, she is too faced, her life is her son. She needs to grow up and get a life of her own!¾

Well have read the 6 comments and all so disagree .. Theresa we love in my community of houswive watchers and Danielle .. Drama is what brings the viewers and 1 need to go actuality and it’s not Teresa or Danielle! Love Melissa but so wrong in the hubby and her not spending time with Daddy and go weeks not seeing and that’s a quote from daddy! Couldn’t even call him! Shame so Yes Theresa has right to be mad, she doesn’t mind daddy living there but would expect son to be a part as well! That’s be respectful and giving back!u take lunch call, u break call daddy ! Yes Melissa your words carries weight !

Hell No I wouldn’t watch Theresa. I’m coming close to not watching RH of NJ now because of her. It’s bad enough that they brought Danielle back on. She’s nothing but a trouble making liar. That doesn’t bring entertaining television Bravo. At least not to me. So hopefully Bravo gets smart and kicks her to the curb once and for all but Theresa has sure shown her true colors thru the years and this year has topped them all. Bravo there’s a difference from ppl bringing entertainment even if it brings drama to having ppl on that are just rotten ppl. Theresa said it loud and clear on the reunion. She really thinks the show is her show. Reality check-it’s not only not her show but she’s turned it into one that I don’t look forward to anymore. And what’s sad is the others on it are good. Keep her on and you’re gonna lose viewers. Give her own show and you will be throwing money out the window. I don’t know many ppl who like watching someone who treats ppl like garbage unless they are kissing her butt, starts screaming like a wack job the moment she’s caught in a lie and how many times is she going to be allowed to be violent towards others before it kicks in that this isn’t entertaining.

No, i would definately not watch it. Teresa and Danielle do well together. One thing, i definately love watching Marg, Jennifer and Melissa.

That is so DISRESPECTFUL of TERESA…..all about that $$$ that’s all it is. Chic..BYE….u and Danielle both deserve each other cause ya have No Loyalty

As much as I love Bravo I have no desire to watch Teresa Giudice, she added nothing to rhonj except turmoil and stress

Theresa is a bully and like all bullies will end up friendless.

No I would not watch a spin off of Theresa. She needs to get off New Jersey house wives. Get rid of her and no spin off.
We need a Joe and Melissa spin off. That would be great!

No I would not want to see a show spinoff for Teresa!! I can barely watch NJ as it is with her being such a huge part of it!!

Teresa, With- or Without Danielle??! That Is the Question. I Know Bravo Doesn’t care about little ol’ me but altho I’ve been an Avid fan if NJ HW (from Jersey), I will NOT watch a Minute knowing that Danielle Is on, at All. And, it Won’t be hard Not to!
That being said, it’s gotten pretty damn Obvious that Teresa Is being Used by Bravo as well. And All for the Big Green $$ Teresa will Continue to put her Children’s business, and the continuing Drama regarding “their Father,” for All the World to Watch, Again. So Where and how does this end for You, Teresa? And what about You, Bravo? Haven’t These Children Been Through Enough Already?? Seems like No one is speaking up for them and Nobody Gives a S###. In short.. Anything Sells, even Children- So Shame on Teresa and.. Shame on Bravo! SMH..