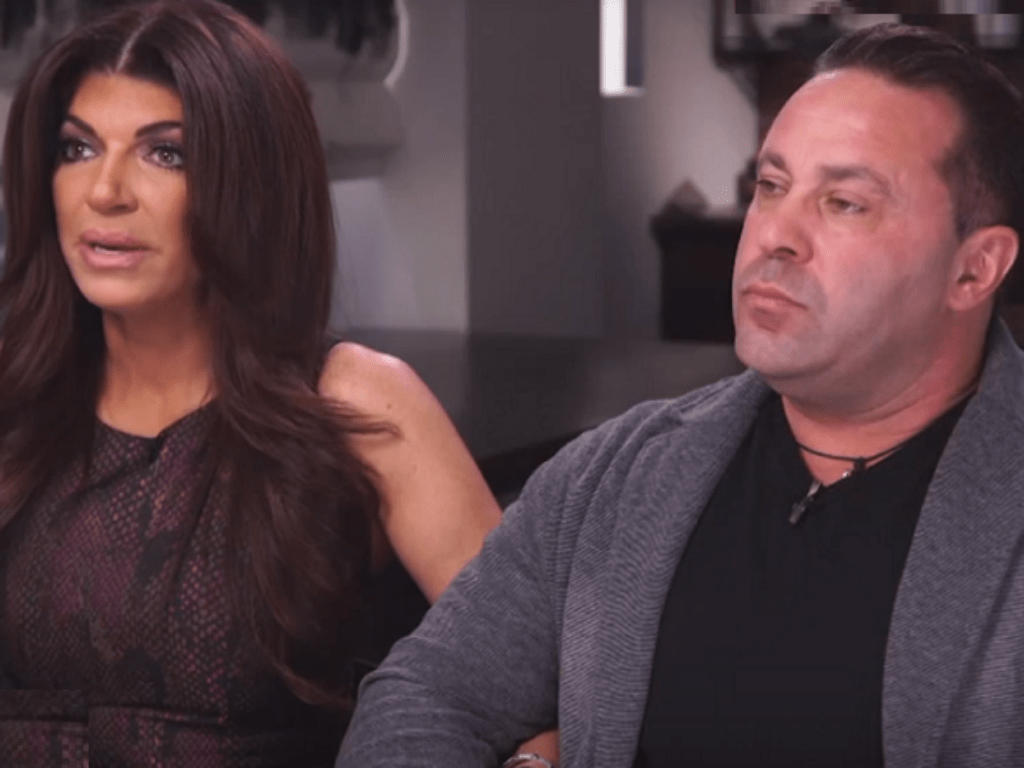 Teresa Giudice has broken her silence after a judge denied her husband Joe’s request for release from the detention center. The mother of four is doing her best to stay positive, despite all the setbacks in Joe’s case.

Last Friday, a judge ruled Joe would not be allowed to return to the family’s New Jersey home, while he awaits a final decision in his deportation case. It was revealed he must remain in the ICE detention center until a decision is reached.

“It’s a sad time with my husband and everything, so we’re going to try and work it out as best we can. The most important thing is our four daughters, so I’m hoping Joe is able to stay in the United States,” Teresa shared with Us Weekly at the NO Weekend: An Evening with the Celebrity Housewives at Harrah’s Casino Resort Atlantic City over the weekend.

Happy Father’s Day to the best dad out there! Thank you for pushing me everyday and showing your girls what it really means to stick with your family till the end… see you soon & keep fighting daddy I love you so much❤️ Happy Father’s Day to two of the most important men in my life my Nonno & zio @joeygorga and of course the one who made me! I love you all so much!

Joe has been confined to the detention center since his release from prison last March. It was a devastating blow for him not to be allowed to go home and spend time with his four daughters. He and Teresa are parents to Gia age 18, Gabriella age 14, Milania age 13, and Audriana age10.

Gia, Gabriella, and Milania have all been fighting to keep their father in the country. They even started a petition to get President Trump to review the case. Joe has missed several pivotal moments in the girls’ lives in the past few months, including Gia graduating high-school and moving into college.

“We are going through a really difficult time right now. But, look, I picked myself right back up, and if anybody else is going through hard times, don’t worry about it. You will get through it. There is a light at the end of the tunnel. I do believe that. You’ve got to be positive!” the 47-year-old said, reflecting on her recent prison stint and current family trouble.

we will never stop fighting for you daddy. It’s not the same without you. I miss you terribly. I wouldn’t be the person I am today with out you, I wouldn’t know how to stay strong. I need you home daddy. All I want is to be a family again. I love you endlessy buddy💓💓#freejoegiudice @realdonaldtrump

There is no word on when the final decision regarding Joe Giudice’s deportation will be rendered. His wife, Teresa Giudice has expressed the strain the situation is having on the family. She is hoping her husband will not be sent back to Italy, or the challenges will only have just begun.

The reality TV star is trying to ensure her children stay positive during this trying time. It isn’t easy but being positive is essential for keeping her daughter’s in good spirits.

Jonathan Scott Says ‘DWTS’ Wanted Him To Compete But He Refused - Here's Why!