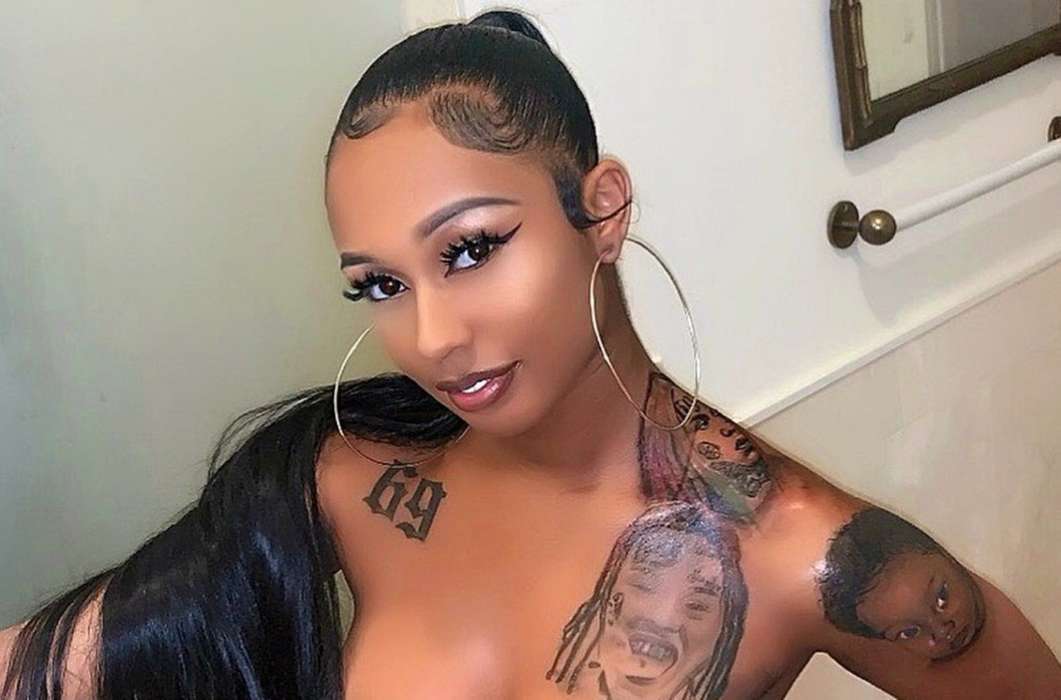 Earlier this year, Tekashi 6ix9ine was in the headlines after it was reported that he overdosed on diet pills and caffeine pills, however, it was later confirmed by his management team that he never actually overdosed on anything. The rapper just had an adverse reaction after he took slightly more than the recommended dose.

This past week, Tekashi 6ix9ine’s fanbase took to social media to ask whether he was doing alright or not. DJ Akademiks, as well, asked how Mr. Hernandez was doing and now, his girlfriend, Jade, has reportedly answered the question once and for all.

Over this past weekend, Jade posted a series of video clips and photos of Tekashi 6ix9ine in which he appeared to look alright. Fans have been saying online that it looks like Tekashi 6ix9ine is on the mend again.

All Hip Hop says that much of the videos and photographs are of them kissing and making out at various locations, including music video shoots. As it was previously reported, Tekashi 6ix9ine had to go to the hospital after he took too many pills of Hydroxycut.

Thus far, there hasn’t been much said from the medical community or a doctor, but it makes sense because his management team said there was nothing wrong with him, to begin with.

As most know, Tekashi 6ix9ine has been relatively absent on social media ever since the beginning of September, which isn’t normal for him considering how active he normally is on Instagram and other social sharing platforms.

In fact, one could argue that Tekashi 6ix9ine managed to build a career for himself on social media through trolling and putting other rappers on blast, including the likes of Snoop Dogg, Meek Mill, Lil’ Durk, Lil’ Reese, and more.

Tekashi 6ix9ine was previously in the headlines when he posted a recreation video of the infamous clip of Lil’ Reese getting shook down by a couple of gangsters. Furthermore, Tekashi and Lil’ Durk were fighting for a short while as well, and 6ix9ine suggested Snoop Dogg helped to put Suge Knight behind bars.

Chrissy Teigen Says She ‘Finally Giggled’ The First Time Since The Miscarriage Reading This Funny Post!