Tekashi 6ix9ine Tells Haters “Don’t Even Bother,” They Won’t Be Able To Locate Him In “His City,” Los Angeles

Tekashi 6ix9ine knows how to grab everyone’s attention and he’s not stopping. The New York rapper has been trolling his ‘haters’ on Instagram after he arrived in Los Angeles this past weekend. Earlier this Monday, he shared a video of him soaking in a pool under the sun and enjoying the view to the City of Angels.

“Look at my city,” said Tekashi, adding that “I remember they said I couldn’t come out here,” and then laughed out loud. Then, he says: “oh, and by the way, if you try to pause the video and screenshot, by the time I uploaded this, I’m already gone!”

So far the video got over 7.2 million views and quite a lot of comments. “This man can troll The Whole world,” wrote one of the followers, while others couldn’t stop laughing at the “I’m already gone” part. Well, at least he’s having fun even with his arm in a cast. 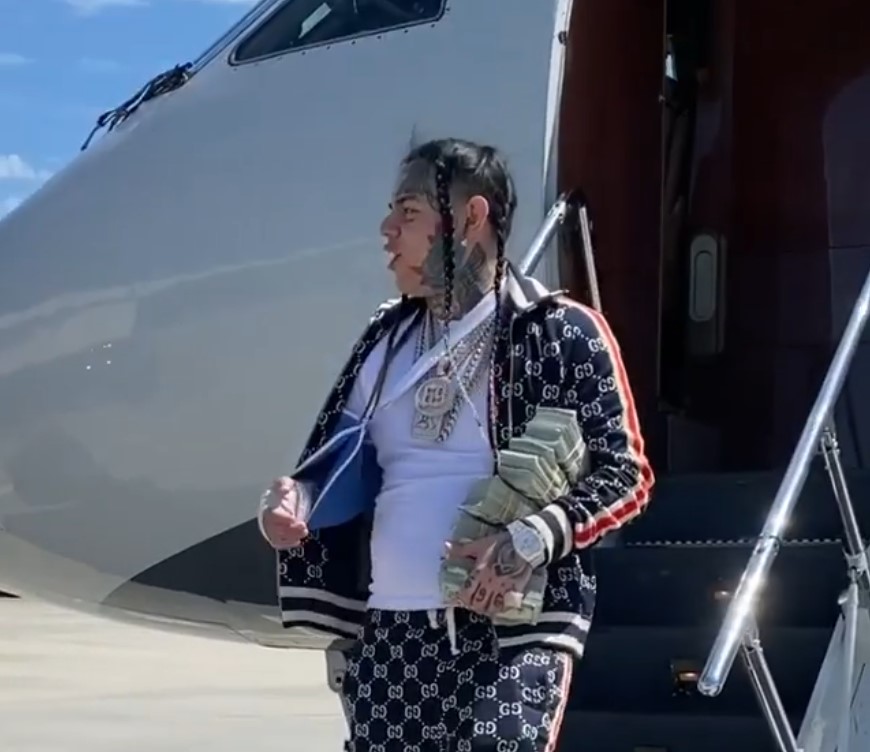 In other Tekashi 6ix9ine ‘haters’ news, Compton rapper Slim 400 showed his dislike for Tekashi by getting a ‘F- 6ix9ine’ tattoo and posting it on Instagram this weekend. Coincidentally, Slim 400 also posted a video of him with an unregistered gun, warning his enemies. He’d better be joking! A follower said “Slim: it ain’t registered ;) Police everywhere: 👁👄👁”

Earlier this Friday, singer DaniLeigh Tweeted an uncensored message for the rapper, saying that “ 6ix9ine needa leave my city, he’s a big clown.” The hate on social media is quite deep, but 6ix9ine won’t back down.