It is an understatement to say that Teen Mom OG star Ryan Edwards has had a difficult year. But even though many of his problems are self-created, it has still been hard for fans to watch him unravel in front of MTV cameras and on social media.

Last summer Edwards went to rehab for his heroin addiction after cameras caught him nodding off and slurring his speech while he was driving to his wedding with Mackenzie Standifer. Then he cheated on his wife after soliciting dates on Tinder.

But, as The Hollywood Gossip reports, things really started to go downhill when police arrested him in March for violating his probation that came from an earlier heroin possession arrest. His ex, Maci Bookout, and her husband filed restraining orders against Edwards to prevent him from having any contact with them or his 9-year-old son Bentley.

The courts have since lifted the order, but Edwards still hasn’t had any contact with his son. Edwards’ dad, Larry, revealed recently that it has been months since the 30-year-old has seen Bentley, but Larry and his wife have enjoyed a few weekend visits with their grandson.

“It’s been sporadic, but we have been with Bentley on a couple of weekends,” Larry said. “Ryan has to leave the house at the time. She’s (Maci) given us the opportunity to see him.”

Larry says that his son is holding up well and “doing fantastic,” and his relationship with Standifer is going strong. The two are expecting their first child together this fall, and they are looking forward to welcoming their new baby to the family. He added that Ryan is excited to be having another boy, but the grandparents wanted a girl because they don’t have a granddaughter.

After all the drama that has happened, it seems that Ryan might finally be on the right track.

As for Standifer, she has decided to quit Instagram and recently gave her account to a friend. The pal took over the account just a few days ago, and she introduced herself to followers by writing that her name is Christan, and she is a celebrity photographer based in Chattanooga, Tennessee.

She explained that it was once Standifer’s account who is a client turned friend. Instead of deleting it, the mom-to-be decided to offer the account to Christan to give her the opportunity to reach more people. She already had an existing business account with 4200 followers – @photochristanlcooper – but she sees the new account as a blessing.

Christan has deleted all of Standifer’s posts, but she did keep one photo that featured the pregnant reality star on a swan-shaped pool float.

Standifer didn’t reveal why she decided to leave the social media platform, but it may be because she doesn’t want to deal with fan backlash. Many have judged her for getting pregnant while Ryan Edwards was battling a heroin addiction, and they often slam her in the comment section of her posts. 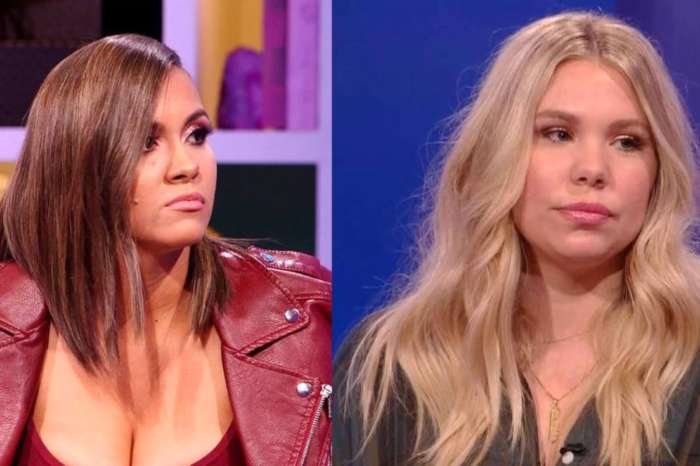 You got this bro we all have our issues but we work them out. I got faith in you. Do whats right for you and your family.