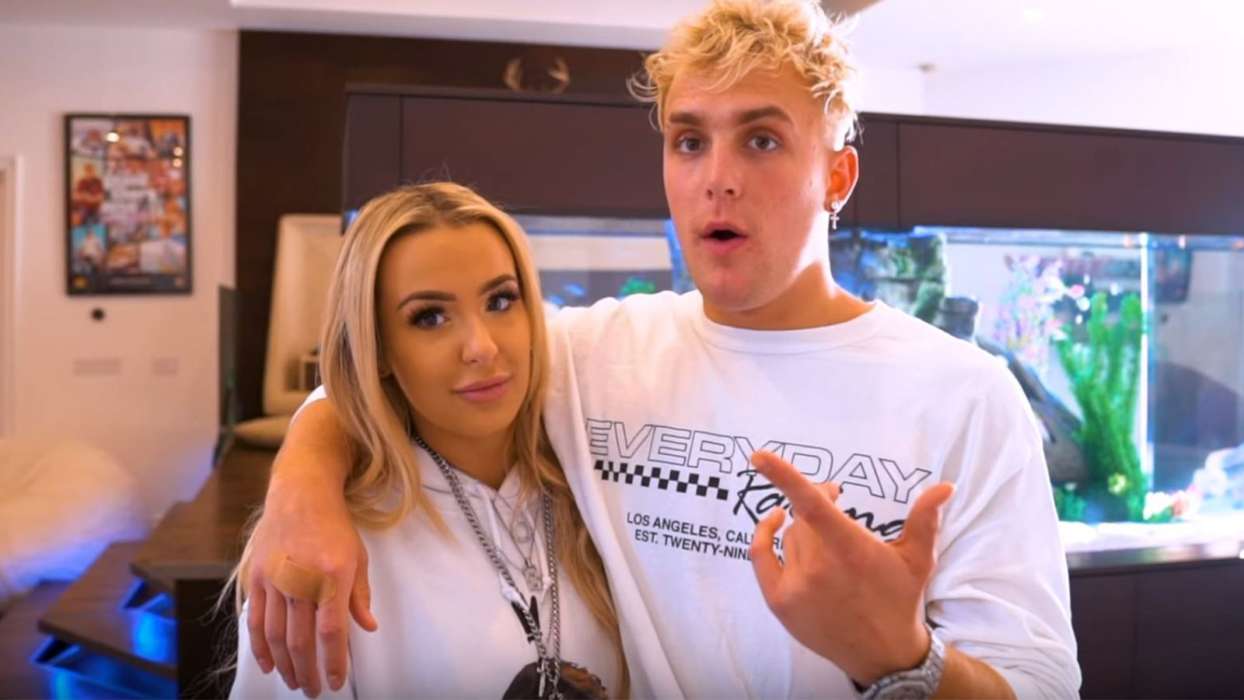 Tana Mongeau, the popular YouTuber, recently stated that she’s enjoying the single-life following news of her split with Jake Paul, Page Six revealed. The 22-year-old said to reporters from the outlet that she’s currently getting used to the “break” with Jake, and for the time being, won’t be in a relationship with anyone else.

Amid the press conference for Paul’s upcoming boxing match with the United Kingdom YouTube star, Gib, Tana said to reporters from Page Six during a telephone conversation that she has been really focusing on herself, including healthy habits.

Moreover, Mongeau claims she’s not in a big rush to start dating anybody in the future, anytime soon, despite recently claiming Noah Cyrus was in a relationship with her as well as David Dobrik. However, to some, it appeared like she made those relationship claims jokingly.

In another phone call with Page Six, Tana commented on her relationship, or lack thereof, with Jake Paul, stating that he “fell out of love” with her, and also described him as a “single man.”

ok i don’t rly know how to do a “we’re taking a break” post & this is weird as fuck… i’m happy to still be able to sit with Jake and laugh as we do this- but for right now we both are taking a break to focus on our own very crazy lives… i’ll never know what the future holds and i will always love Jake and everything we did. i’m grateful to know throughout this i’ve made a best friend for life & found someone to do life with when no one understood me. here’s to 2020, working on us, and my new Lamborghini since i get half of everything! no need for crazy speculations- this is coming from a place of nothing but love. i love u Jakey. thank u for this past year. ❤️

As it was previously reported, Tana and Jake had a wedding ceremony in Las Vegas back in July of last year, although, they never signed the official marriage documents. In other words, the wedding wasn’t legitimate.

At the beginning of the month, Mongeau revealed a 40-minute YouTube video in which he explained why she and Jake had an “unhealthy” relationship. Later on, the couple revealed they were going to split. With that said, Tana reportedly isn’t closed off to the idea of getting back together.

Tana stated if they were “meant to be,” they would find their way back to each other. It was reported by Nick Markus earlier this month that Tana took to her social media to announce the news of her split with fellow YouTuber, Jake Paul.

Furthermore, Tana said in the YouTube video that she felt hurt by the rumors she and Jake were merely faking a relationship for publicity. Many people on social media argued their marriage was just a way of getting attention. The fact they didn’t obtain an official marriage license only stoked the speculative fire.

Alex Trebek Says He 'Seemed A Little Slower' After Watching His Performance On Jeopardy! GOAT Tournament, Admits He's Thinking About His Final Show