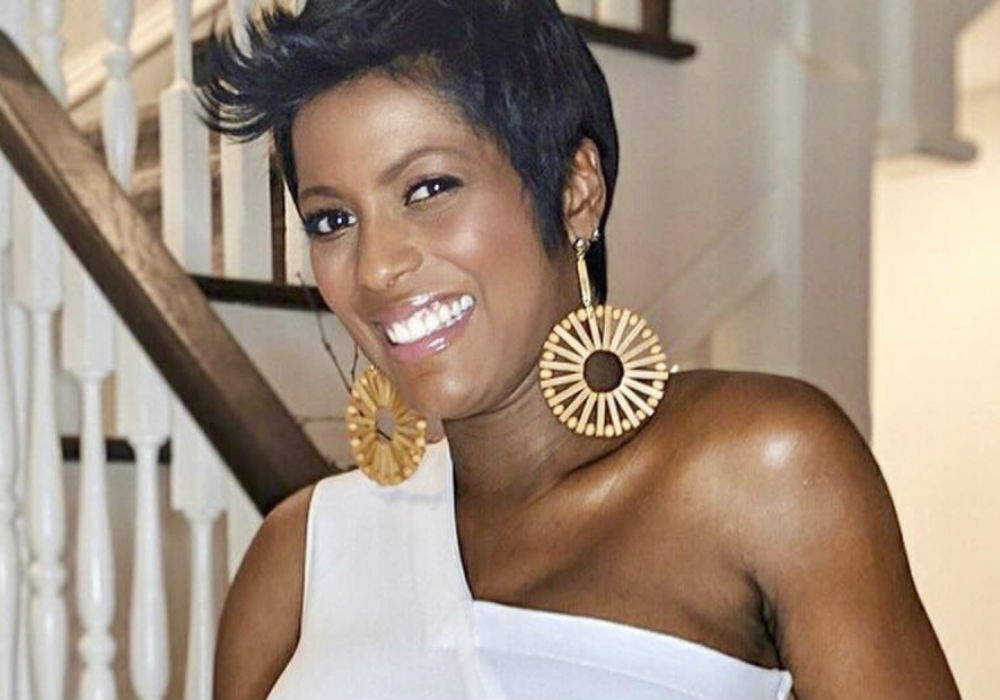 Former Today Show host Tamron Hall is finally a mom. The 48-year-old announced her exciting news on Instagram earlier this week with a photo taken by her husband, music executive Steven Greener. The sweet picture featured Hall holding her newborn son named Moses, while she wore a straw hat with the baby’s name.

“Moses & Mama!!” wrote Hall in the caption. “I can’t wait to introduce y’all to my #sonshine.”

She added that the photo credit goes to Greener, “who can’t stop crying tears of joy.”

But while Hall is relishing in the happy changes in her life, some of her fans are not buying into all of her happiness. Afterall, welcoming a baby at 48 naturally is almost unheard of, which is exactly what had fans questioning if Moses was actually a baby that “defied the biological clock.”

After Tamron Hall delivered her healthy baby boy 👑❤ at the age of 48, I saw a tweet titled something like, "defying the biological clock myth" or some irresponsible bullshyt like that.

Tamron & wealthy mothers like her have money to burn on fertility treatments https://t.co/3wE8jbDkK9

After leaving Today, Hall has been busy preparing for her new syndicated talk show, The Tamron Hall Show, which will premiere later this year, Then she surprised fans last month with the news that she was expecting. At the time of her announcement, Hall was already 32 weeks along.

In the pregnancy announcement, Hall posted a series of pics showing off her baby bump, and she wrote in the caption that she had wanted to share the news for months. But she waited until her doctor told her she was in a safe place to share her joy.

Hall joked that a daytime talk show wasn’t the only thing she’s been trying to produce, and then her tone changed when she shared that there have been many tears, but on that day, she embraced the smiles.

.@tamronhall giving birth to her first child at 48 is a reminder that our biological clock doesn’t define us https://t.co/FCzEfwBh27 pic.twitter.com/C4LDZngY5W

The new mom said at the time of the pregnancy announcement that she and Greener were beyond excited and in constant prayer. She also asked fans for their prayers and to send calmness their way, while adding that the couple would happily take some luck, too.

According to People Magazine, just a few minutes before posting the pregnancy pics, Hall shared a video of herself dancing to Baby Shark while holding a book in front of her belly. She eventually took the book away to reveal her big baby bump while she sang and danced to the kids’ song. Hall told the camera “Surprise! Can you believe it?”

An insider says that Hall has wanted to be a mom for years, and for a long time she didn’t think having a baby was “in the cards for her.”

You asked and @TamronHall answered! Stay tuned for more of Tamron’s personal responses to your top questions. #AskTamron pic.twitter.com/piPXkhFdUn

“This journey has been a long one, and there were a ton of ups and downs, and she’s just so happy to finally be in a place to be able to share this news. This is truly the happiest time of her life,” says the source. 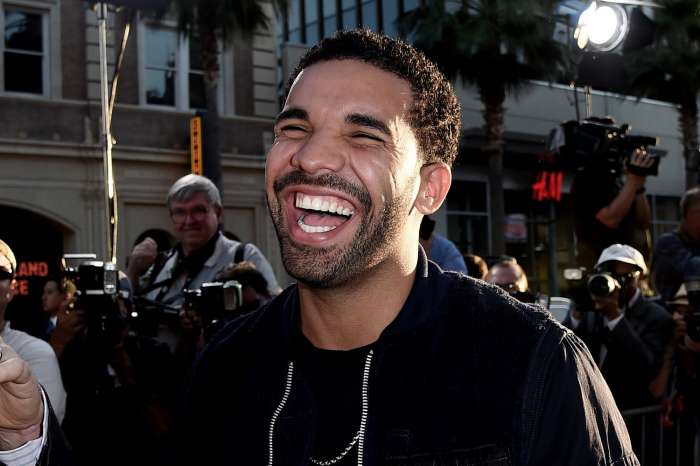 I am SO glad to finally see the comments! I posted this to my page because I had to ask why anyone would “slam” a couple for having a baby. I couldn’t have children, and it was so hard for so long. But what I have learned in my own life is that there are so many kids who need love, encouragement, maybe there is a plan i don’t yet know of. But it will not and does not involve being hateful to good parents. Or anyone. It’s fun to be happy for others. It gives me joy!
I also want to add that if we as women want to improve our lives? We MUST support each other. And seeing these positive comments gives me so much encouragement! No hate, no saying they’re rich so it’s not fair – someone will always be richer/thinner/whatever-er than I am, and being jealous is toxic. Keep spreading the love, i can’t tell you how much these comments encourage me.

Congratulations. What a lucky Baby to have incredible parents. Happy Mothers Day 😍🤗

Congratulations and very best wishes to Tamron Hall and her husband, Steven Greener, for the recent birth of their baby boy, Moses.

Many joyous years with abundant blessings for Moses, Tamron and Steven!

The media used it to get folks thinking fans were upset with Tamron about HER baby! There was one negative comment. I love Tamron, spread love people. Love, period.

I love what you wrote. I saw one negative comment, and it wasn’t even memorable!
Spread love. That’s so true. That kind of thinking put into action can change the world – or at least light up each of our little pieces of the world. You’re a blessing!

So happy for you Tamron! She’s such a beautiful lady inside and out. And I agree completely with Lacinda Stevens ! People are way too judgemental about everything ! It’s her life, and she’s living it to the full. They are a beautiful, happy family, and that’s what counts !

Tamarin Hall is living her life with her spouse and Their baby! Why should anyone be anything but happy for her! Personally, I don’t think we have a right to publicly dish a public figure for when they have a child. No one knows the background of her conception, and it is not your business! I am sick of people espousing their parenting and conception “expertise” on others! Do you! Just do you!

Congratulations to Tamron & her whole family, all the jealous trolls should just

I’m glad I married young & had my twins at 21 sooo glad to be that shrewd as were other mothers during that time, We never worried about fertility now I’m 59 and my twins are 38 No way would I want children at home at this point of my life, I continued my college education when they were 5 and obtained my doctorate…

Okay Caroline, That’s you! Glad that you are done. Be Happy for the new mother’s, it’s their season!! 🙌 #babylove

Seriously i do understand why someone is angry that Tamron. Hall got pregnant at 48 yrs. So. You will prefer. She’s childless, l am so grateful to God almighty who bless her wbom with baby Moses,
Please Tamron hall you took the decision to be a mother may the Almighty God grant you long enough to enjoyed all happiness of life and your beautiful child and your lovely husband

Why can’t people just be happy for other people & not read into some celeb’s actions? Hall wasn’t doing anything other than announcing her good news. She wasn’t seeking nor does need anyone’s approval. I do agree 48 isn’t the age to start having children but it’s nobody’s business as long she’s not hurting anyone else.

As long as your body is healthy and you are financially in a good position then do you. Happy for Tamron!!. She is not the first and won’t be the last to conceive in their 40s. God is able and i hope that she gives Moses a sibling in the near future.

Happy for your Beautiful family