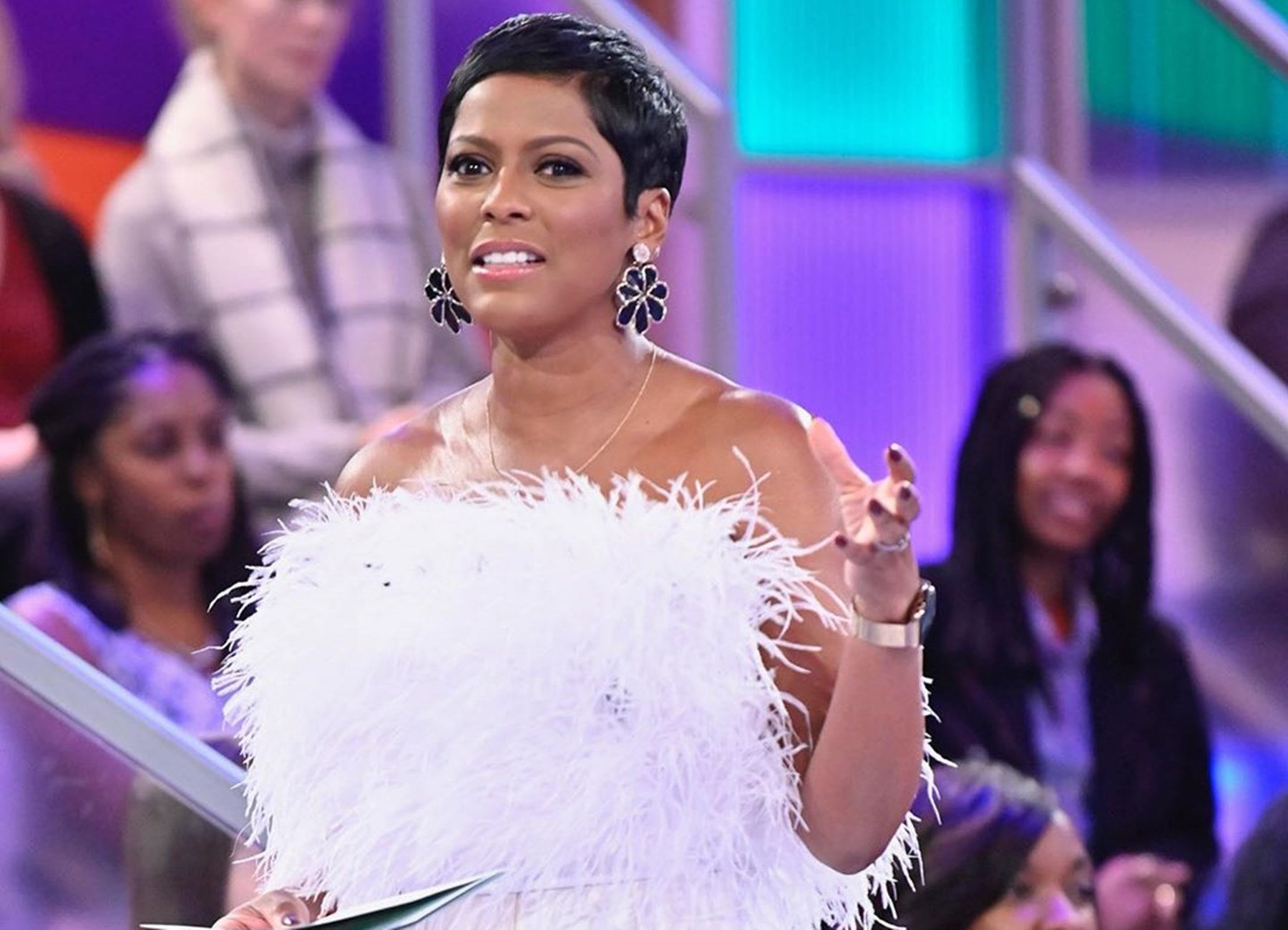 It seems that Tamron Hall has decided to delight her fans with a sweet photo of her entire family rocking the same hairstyle, and her fans are loving it.

Over the holidays, the TV host took to social media, where she posted a few pictures with baby Moses while on vacation in Mexico.

Many bombarded Tamron with questions about the fact that she rarely posts photos of her husband, Steven Greener.

And she finally decided to unveil a sweet picture that features the entire Greener clan rocking the same adorable haircut.

We laugh, we cry, we do it all Together!!!!! @tamronhallshow #tamfam #teamtamron. Thankful Thursday range of emotions and we say “Let’s talk about it”.

She captioned the photo: “A family with the same fade haircut shall never be “parted” 🤣🤣 #happynewyear #2020 @johnnywright220 see ✂️✂️✂️ The Greeners 💚.”

One fan had the following to say: “Did you make it to midnight? 😍 I wish it was fireworks all around me, but it’s more like a war zone of gunfire. 😮🤦🏽‍♀️”

Another commenter claimed: “Bless New to You 🌹and Family .. Continuous Prayers & Blessings 💞🤗 Looking forward to See U Soon ‼️… So Proud of U Both !!”

A backer wrote: “I’m so glad you’re back on the air. I am looking forward to a fab year of The Tamron Hall Show. 🙌🙌🙌Thanks to my Texas girl. May God continue to bless you and your family.”

A kind remark read: “Right back at you, Tamron🤗🙏🏽!!! I hope everything you have planned and envision manifests for you, your family, and friends in this new year too!!”

#HappyNewYear y’all 🍾💕💕 One or both of us will be sleep by midnight!! So we do it for the gram now 🤣🤣🤣. #mosesandmama #momlife #johannaortiz Swimwear. Photo credit. Hubs 💜 #TheGreeners ready for 2020. Thank you #mexico @nizucresort for a very special and vacation. Incredible staff. Jaime J and his loving team, gracias. 🇲🇽 🇲🇽 #2020

It has been two years since Tamron exited the TODAY show, and she has since gotten married, welcomed a beautiful baby boy, and has her own daytime.

In a recent interview, she spoke about the criticism she received for marrying a Caucasian man.

The media personality explained: “I never imagined my husband would be White. I grew up in Texas in a predominately Black neighborhood. I’ve dated almost exclusively men of color, Black men. He just so happened to be the person I fell in love with.”

She added: “In no way did marrying my husband means that Black men had failed me. I was raised by an unapologetic Black man who served in this country’s army for 30 years. That’s who I am. That’s the fiber of who I am.”

She concluded with: “There was a worry in the sense of I didn’t want him ridiculed or hurt, and I didn’t want anyone feeling bad about themselves. As I pointed out, our president [Obama] is a product of an interracial relationship. It’s labels that we’re trying to break down on the show and that we can bring in conversations that are really happening.”

Love the style of these clothes!