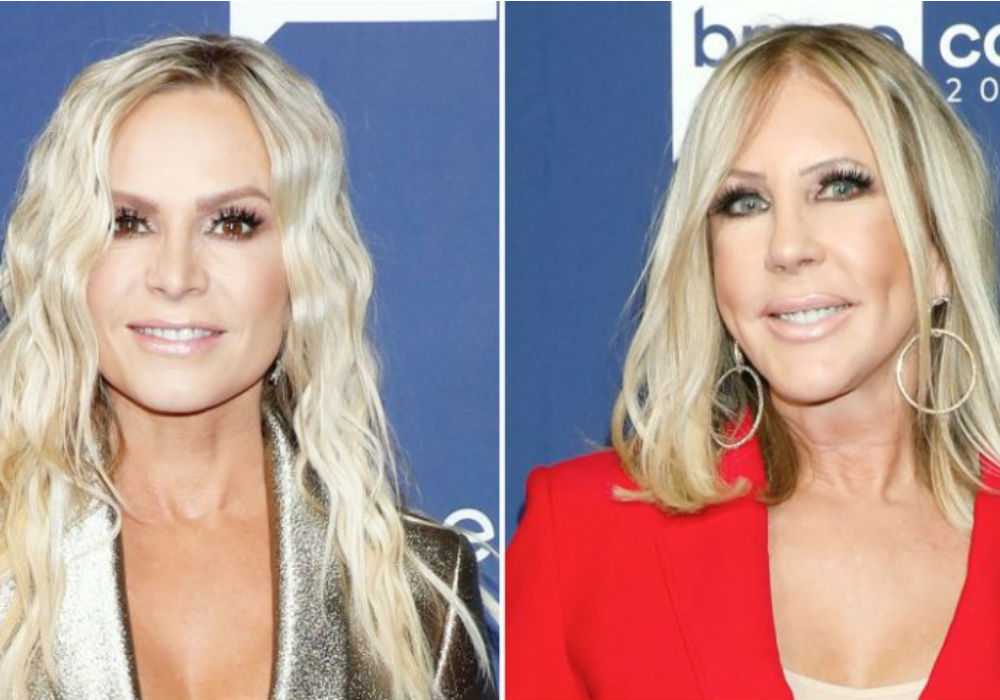 Just over a month after Real Housewives of Orange County veterans Tamra Judge and Vicki Gunvalson revealed that they were leaving the Bravo series after 12 seasons and 14 seasons, respectively, the duo is back in front of cameras. Both Judge and Gunvalson posted the same picture on Instagram over the weekend that featured the two filming a new TV series, and fans are dying to know what’s going on.

“They’re having fun,” a source close to RHOC alums told People magazine. “They were approached to do a new show together. They’ve been friends for a very long time, so they have a lot of history. And there’s interest from fans in seeing them on screen again. It felt like the right move.”

The insider added that Judge and Gunvalson’s new show isn’t connected to Real Housewives, and is instead “something new.” They explained that the pair spent more than a decade working for Bravo and they are both grateful for that experience, but they are excited to move on.

When Judge posted the pic on her Instagram page – which featured the CUT Fitness owner sitting in her kitchen and drinking wine with Gunvalson in front of a camera – she wrote in the caption, “Life after Housewives.” Judge also said in a video on her Instagram Story that just like that, she’s back on the horse.

In Gunvalson’s post of the same photo, the OG of the OC wrote in her caption, “Can’t keep us down.” Her fiance, Steve Lodge, also posted the pic and wrote that Gunvalson and Judge were an inspiration, adding the hashtag #thenextbigthing.

When she told fans that she was leaving RHOC after 14 seasons, Gunvalson revealed that she had new projects in the works which included a new podcast titled Whoop It Up with Vicki. She told fans at the time that she hoped they would join her in a new journey.

1st night in a long time just @tamrajudge and me for dinner. No drama here ❤️#rhoc #bravo @tamrajudge

When Judge announced her exit from RHOC hours after Gunvalson, it was revealed that producers had invited her back as a friend of the show for three episodes at a rate of $20,000 per episode. That was a drastic pay cut from her nearly $1 million salary as a full-timer.

“It’s been a wild ride, and after all these years, I’m looking forward to life away from the cameras,” she said at the time. “I was offered a chance to come back to the show in a limited role, but would prefer to walk away on my own terms.”

As for the new show, no details have been released. However, fans noticed that the third member of Tres Amigas, Shannon Beador, was nowhere to be found when Judge and Gunvalson were filming their new project. Recently, Judge unfollowed Beador on Instagram, and fans are wondering what went down between them.

There have also been reports that Gunvalson and Judge have a non-compete clause in their contracts that would require them to avoid being part of another TV show for one year after leaving RHOC. However, an insider said that they could get special permission from Bravo to film something new.