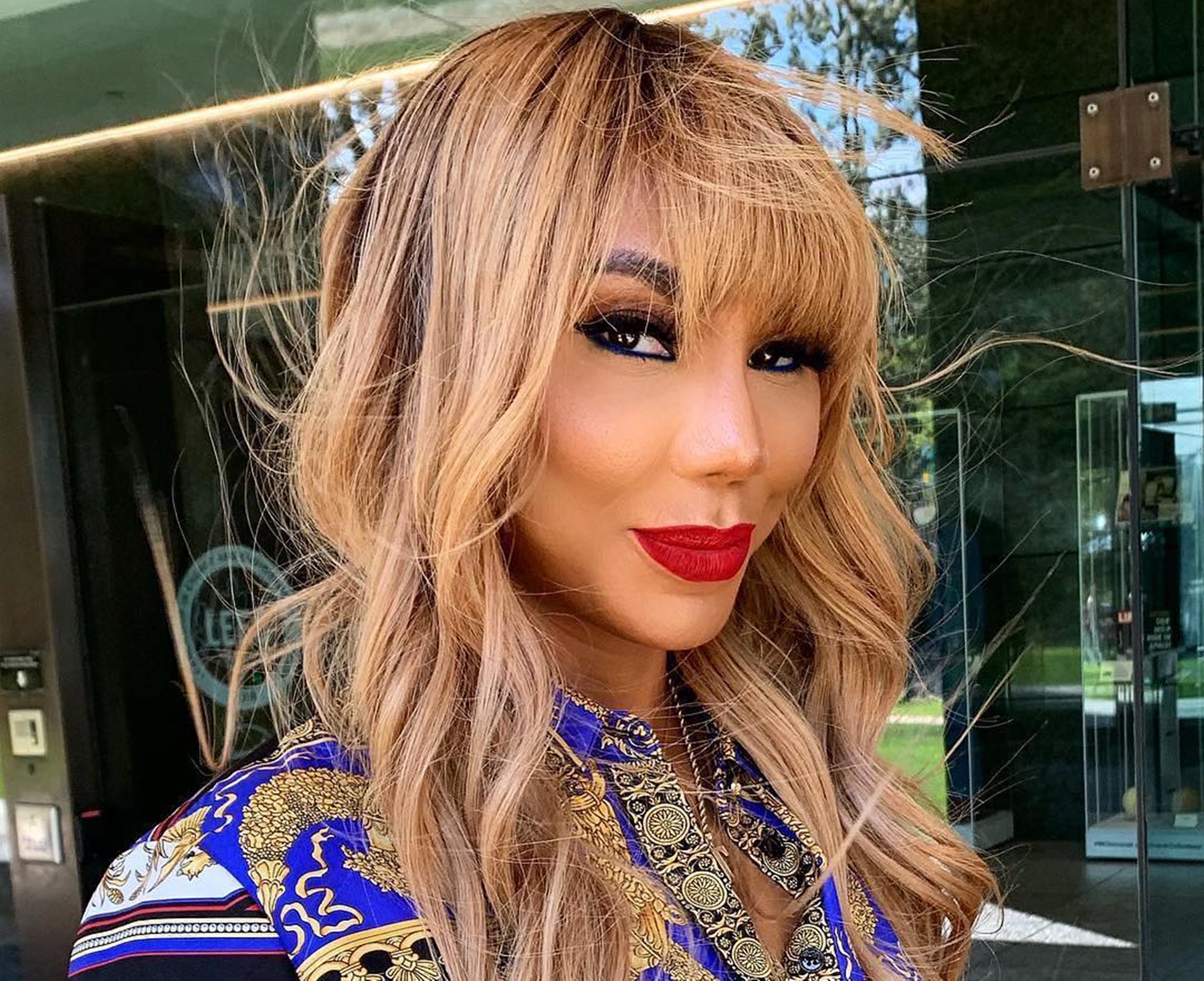 David Adefeso, who is Tamar Braxton’s boyfriend, made his red carpet debut at the premiere of her reality TV show.

Wearing his signature aviator shades, David also known as Yemi, stole the show as he laughed and hugged Tamar while they posed for photographers.

As always Tamar looked stunning in a mini black dress that featured a metal-like sleeve.

The diva recently sat down with E! News and she spoke about her divorce from Vince Herbert and her romance with her Nigerian businessman.

The winner of Celebrity Big Brother said: “I wasn’t just divorcing my husband; I was divorcing my best friend. I want to call him, but I can’t really do that…Vince is not my friend, but somebody I respect. But because there have been so many blurred lines in the relationship, the only alternative that I had was to separate the relationship from the business, and if we’re going to be divorced, we’re going to live separate lives. I have to let him live his life like he has to let me live my life.”

She had the following to say about David: “Tamar’s got a new man for a few months now, and I’m not going to say his name, but he’s Nigerian and he’s wonderful and beautiful and amazing, and he smells good, and he’s like a snack, and he’s chocolate…so I’m doing just fine with my new ride.”

One fan told the couple: “Yassssss auntie that glow💕💕💕💕💕 now give Logan a sibling 👏🏼👏🏼👏🏼 I see a baby coming. She’s happy…and some of you all are bitter and single. 😭”

Another supporter said this to the diva: “I got my entire life when I sang on stage at your concert. Best day ever @tamarbraxton. He looks like he could have sung with Milli Vanilli back in the day lolol.”

This follower had this message for the TV personality: “Tamar look happy and so healthy. He doesn’t need to be fine to you all though? That’s HER man. I don’t understand people. It’s so miserable people in these comments. Grandma voice: Baby take them shades off lemme look at ya…”

A fourth comment read: “Between her and Wendall aka Wendy. They need to mute themselves. Whenever they speak out negatively on people because. I am happy for her thou.”

Toni Braxton Looks Stunning On The Red Carpet In Short White Dress Alongside Her 16-Year-Old Son - See The Pics!