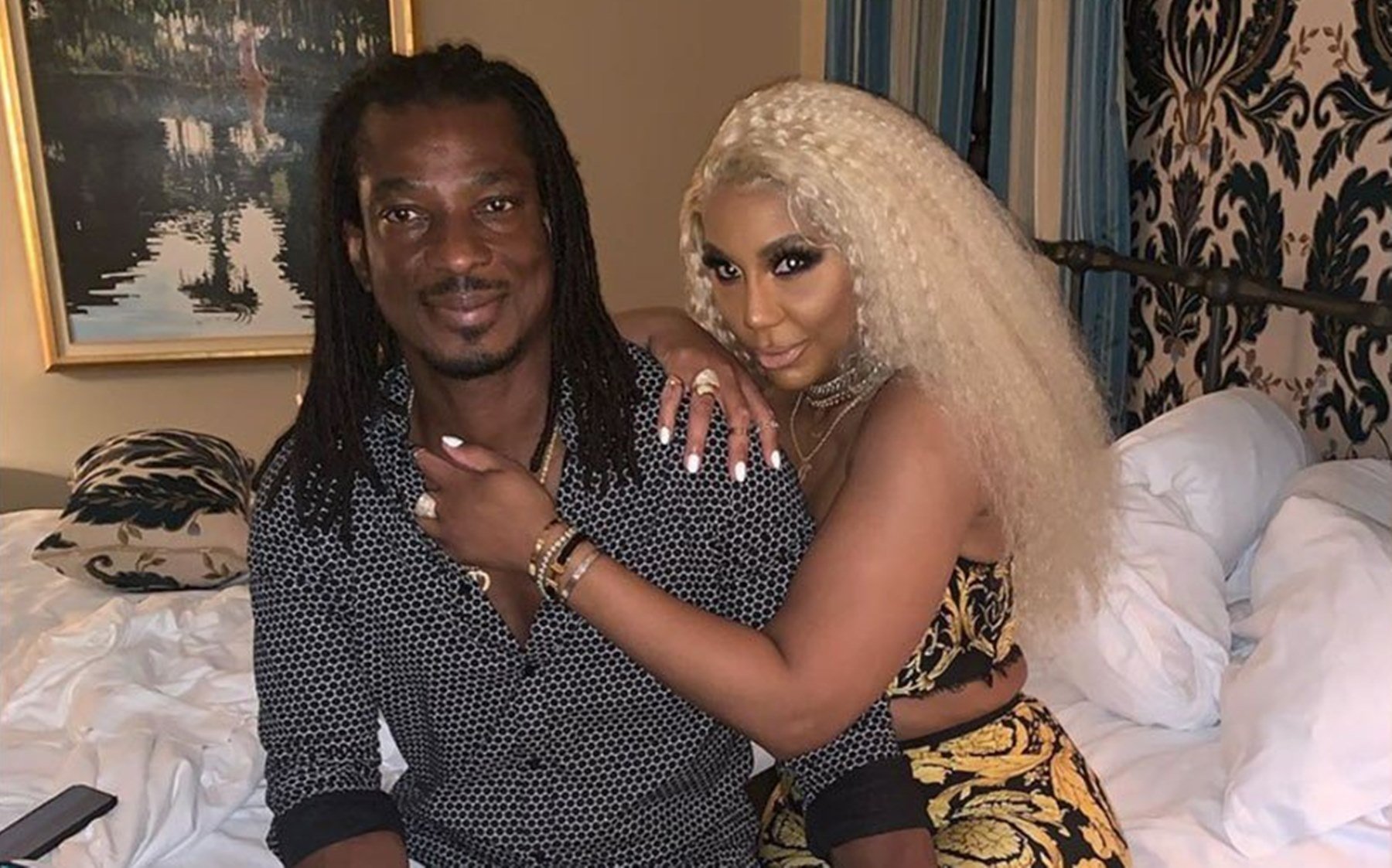 Tamar Braxton has the rumor mill spinning and running wild at this point. Recently, the singer and reality TV star decided to delete all the posts and photos she had on her Instagram page.

Her millions of followers have been wondering is her romance with businessman David Adefesso in peril. The impressive vocalist created more confusion by posting an odd tweet.

Meanwhile, David has been posting regularly on social media, and critics are going after him for no reason at all.

One person said: “You seem so unbothered that u and Tamar aren’t together anymore that’s interesting.”

This social media user shared: “Life goes on when folks break up…..it could’ve been something brewing behind closed doors anyway that we the public wouldn’t have seen.”

This past one was another busy weekend for my @tamarbraxton and I. We spent time at the Inspiration Awards organized annually by Step up LA @stepupwomensnetwork , a non-profit that helps primarily young Black and Hispanic teen girls. Heard some stories of “depression to revival” from some young women that almost moved us to tears. Step Up lifts up young girls in disenfranchised communities and steers them in a direction many of them would never have otherwise known existed. Many of these teen girls are in very high risk situations: absentee parents, drugs, sexual abuse, and more. It teaches young women that they are strong and smart and beautiful and they can achieve anything they want 💪🏿! They provide mentors, they have programs, they provide a safe environment to escape to❤️❤️❤️❤️! Step Up gives our girls a chance. Our daughters are our jewels….Soooooooo Bravo Ladies 👏🏾👏🏾👏🏾👏🏾. #LetsGiveOurDaughtersAChance

Others have a theory that Tamar is starting over and will make an announcement soon about her life and career.

One backer stated: “Tamar never said, “Me and David aren’t together.” She deleted her posts because she’s rebranding for when she releases new music. What she did say was that her life is her life and for people to stop reaching.she’s rebranding and getting ready to release new material.”

My @tamarbraxton I remember this day barely two weeks since we’d met. It was a Friday. Long week…my place was a bit messy. You jumped in and started doing the dishes without asking…and I couldn’t take my eyes off of you. I can’t help now thinking that although our connection became inextinguishable right from that day we met in the late summer blue month of June, it took me almost two weeks to July 13, the day I took this picture of you, to realize I needed to continue the rest of my journey with you. Happy Anniversary, Mon Amour!!❤️❤️❤️❤️#happyanniversarytamar ❤️❤️

This follower revealed: “I was starting to get confused because I knew I just saw a post last week with both of them kissing and loving all on each other. I was about to say something happened real quick if they were not together.😁🤣🤣”

The last 20 months have been like a dream come true. Who would’ve guessed that two oceans would meet that one warm summer night in the Pacific and so quickly unite to form an unbreakable bond that gets so much stronger every day. Through every storm that forms the tide gets stronger, and each wave creates another indescribably memory that lasts a lifetime. Words can’t begin to describe how much I love you, my @tamarbraxton , but our memories may help in showing how many ways you complete me. Happy Valentines Day my love❤️. I love you completely❤️❤️🥰🥰❤️❤️

This follower explained: “Just like Tamar went to confirm her and Vince not being together, she will do the same if that’s the case for her and David I really need people and not just you, to really stop taking little things that Tamar does or says as she is breaking up with David. She is starting over. She is making room for better things. And David confirmed that.”

A fourth supporter stated: “I don’t like all that Nonesense from all this online drama posting fake news!!! I just read!!! Tamar dumps African boyfriend!!! I know that’s a fat lie!!! Why are people so evil and always like to inject evil negativity in the air to destroy other people’s happiness.. we all have to be prayerful always… Enemies are real oooo Pray pray always. Tamar and David are covered with the blood of Jesus Amen.”

Tamar is uncharacteristically silent for now.

Nicki Minaj Spends Time With Her Dad And Sister, And Fans Are Blown Away By How Much Ming Resembles Her - See The Video

I’d always felt that if any man was interested in Tamar, he would’ve been desperate for a mate. She seems to require too much energy.