Tamar Braxton Gets Slammed For Saying Son Logan Has Bad Breath In Video — What Will Vincent Herbert Think?

Wow, Tamar Braxton was being cute by half and told her fans that her son, Logan Herbert’s had bad breath and some of her critics were not too happy about it.

The talented singer and TV personality shared a video where poor little Logan is in bed because he is sick. As always Vincent Herbert’s boy is squeezing Tamar’s face.

Tamar explained that Logan’s breath stinks probably because of the medications he is taking to get better.

Tamar stated: “I love my son. But his breath really stinks when he is sick. Poor Beans.”

Most fellow mothers said they understood what Tamar was going through and wished the cutie pie a prayer so he can heal fast.

A few said Tamar should not have made that embarrassing comment.

One person explained: “The joys of motherhood! It teaches you unconditional love FOR REAL.lol. why must our children squeeze our faces so strong like that?!?!!! My nephew’s breath used to stink like that too until they had his tonsils and adenoids removed. ”

Another commenter stated: “I told my baby girl the same thing last I’m sorry she’s but can’t till she gets better well soon Logan aww.wow this is inappropriate and weird, be careful your insecurities are showing that\u2019s a child as well as someone\u2019s child.how is the way she’s living her life affect you though? Are you paying any of her bills, take care of her child, or do anything for her? I’m going to assume that you don’t. Worry about what you got going on and stop speaking on what may or may not happen to her. I’m pretty sure you got a lot of baggage and flaws as well.”

I love my son. But his breath really stinks when he is sick. ?Poor Beans?

This follower shared this kind note: “Aww I hope he’s feeling better. My son has to take treatments when he gets sick too. That breathing will have you up all night worrying. This is cute tho he squished her face to death.”

I look like i swallowed a whole watermelon??‍♀️… but THIS is FAMILY ?

Another supporter had this to explain: “Tamar is it true that Govan lady Vince is sleeping with, told you if bring your behind around her and Vince relationship. She is going to whip that a**.” 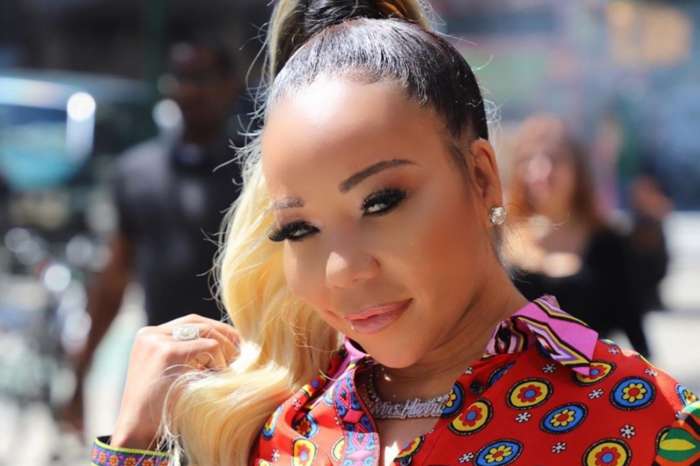