Old memories are best to be forgotten, according to Tamar Braxton who is going through a bitter divorce from Vincent Herbert.

Fans of the former The Real co-host have been following the drama on her hit TV show, Tamar & Vince, which airs on We tv.

While millions are salivating over the drama, the fights over their careers and the endless rumors about cheating, Braxton is staying away from her TV screen.

A source close to Braxton — probably one her sisters — Toni, Traci, Towanda, or Trina — spoke to a well-known publication and said she has not been able to tune it to watch the show because it brings back too many sad and painful memories.

The insider said: “Tamar is so anxious about this season; she is afraid of how people are going to react to it, what they are going to say. She is a little terrified even to watch it herself, she does not want to relive all the horrible moments. Half the time they were shooting last season she was on the verge of tears and wearing glasses to try and hide it.”

A member of the family stated that they knew things went south for months and are happy that the singer decided to dump Mr. Herbert.

The person claimed: “Her marriage was falling apart, they were at each other’s throats non-stop and tried to downplay it for the cameras. But they are not actors, you can see how toxic it is in every scene they have together, they just couldn’t hide it, and now it is all going to play out on TV. She is dreading it.”

The same insider went on to share: “Tamar’s sisters all knew how bad it was, so did her close friends. There were a lot of fears for Tamar being in such an unhealthy situation. Her whole family is so relieved that she has finally pulled the plug and filed for divorce.”

The source concluded by: “This divorce has been a long time coming, and it has got nothing to do with Tamar leaving The Real — This is about her finally getting out of a very toxic and ugly situation.”

Fans do now believe that a divorce is very likely. 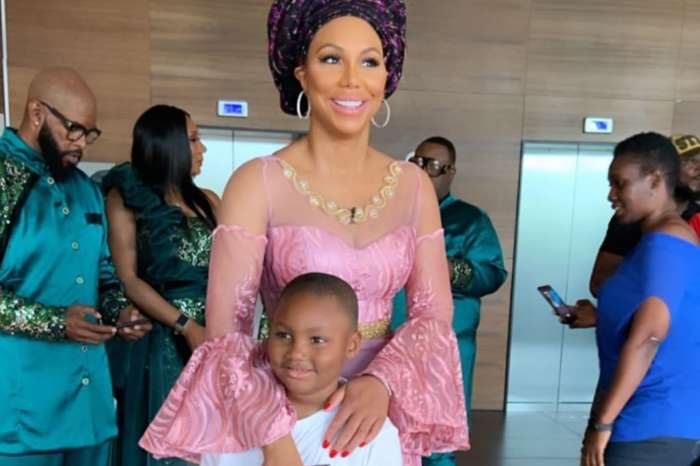 Tiny Harris Is Liberated With Platinum Blonde Hair Down To Her Butt -- Will T.I. Like The Photos?