Are you ready for this jelly? Tamar Braxton gave Beyonce a run for her money while performing during The Great Xscape Tour.

Last night, the diva took the stage in a tight black bodysuit, and she gave fans an unforgettable performance.

Vincent Herbert’s estranged wife showed off her impressive vocal cords by belting out some high notes.

She jumped on the floor, tossed her long blonde hair, and crawled out.

Braxton also debuted her new rounder derrière which has many of her fans confused, and some are even angry.

Feeling so blessed on this Thanksgiving ?? I don't know WHERE this booty came from but I'll take that too! ????But most of all to tour with Ladies who you truly love ❤️ #thegreatescapetour I'm so humbled by all the love #bluebirdofhappiness ?

A few of Braxton’s followers stated she is showing off too much skin and went as far as saying that Herbert would not approve.

One said she is a mother and should set a better example for her son, Logan.

A pro Braxton-commenter wrote: “Yessss honey somebody has been eating yams, collards, and cornbread. Yes I can’t wait until you all come to Birmingham Ummm idk #TamarBraxton had all dat butt where that come from No wonder #vinceherbert said he ain’t letting her go. What Becky he going to find with an a$$ like that. Seriously y’all is this Tamar a$$??? When did she get it??? I need answers.”

One person, who blamed her attire and dance moves for the failed marriage, explained: “I think this is some of the problems in the marriage. If you remember the earlier shows. Vince kept telling her the clothes were not appropriate.She has a son! it’s not can you but should you.”

An angry person also shared: “That is so un-lady like SMH they’ll be none of that in the Kingdom of the Lord 2 THIRDS of Israel SHALL BE DESTROYED! SMH! ONLY YOUR HUSBAND SHOULD SEE YOUR BEHIND. IF HE LOVED U HE WOULDN’T ALLOW IT! SMH”

Unfazed by the comments, Braxton is busy counting her blessings.

She wrote: “Feeling so blessed on this Thanksgiving I don’t know WHERE this booty came from, but I’ll take that too! But most of all to tour with Ladies who you truly love #thegreatescapetour I’m so humbled by all the love #bluebirdofhappiness.”

The R&B diva added: “You can do ALL things through Christ who strengthens you!! I️ would have NEVER jumped in that ocean.. but I️ had the faith of a mustard seed in ME and that ONE jump gave me the strength and courage to live my BEST life!!…if I️ did it.. you can too thanks for coming to the show.”

What are your thoughts on the performance? 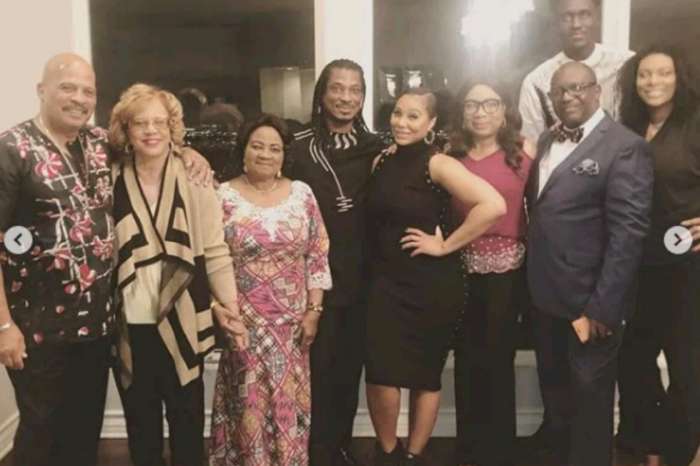 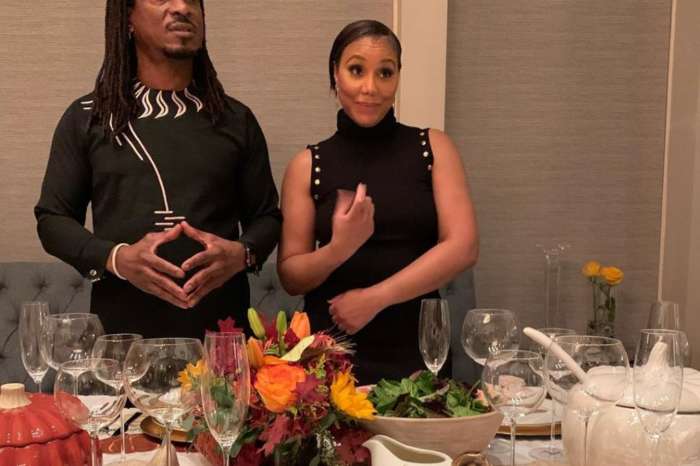 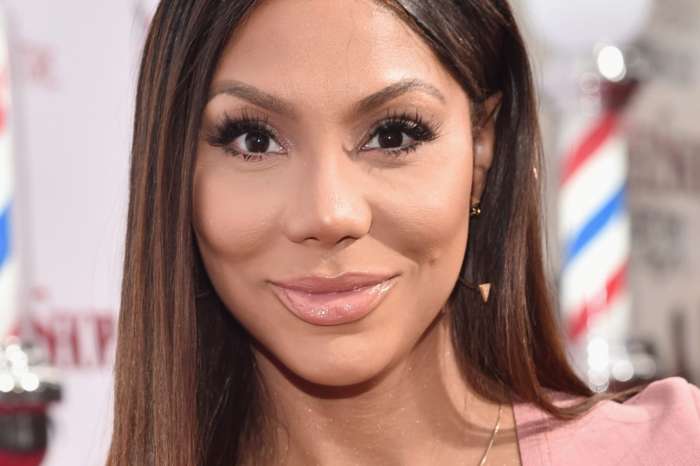 So when Beyonce comes on stage half naked….she a Queen & a boss, but let Tamar or any other artist do it and they get dragged from heaven to hell & called ratchet. Beyonce a mom too just like Tamar. She need to set an example too & show some class & not her a**. Tamar aint showing no more skin than what Beyonce do. If you say it look bad for her as a mom then it look bad for all. Aint no picks & chooses in this camp. You hate on 1 then you hate on all. In the words of Tamar…have several seats with that foolery.

Tamar needs to relax, get styled by someone other than herself and quit trying to be this only sex kitten, Toni B already has that spot.

She’s having a midlife crisis. Why all the near nudity? All that plastic surgery. Hmm, Hollywood is vicious. You have to change your appearance to be somebody!!! Wear little to no clothes and you’re accepted!

Stop the hate. She is talented in her own right. Do the damn thing TaeTae

Tamar your performance looks like you were working the pole at the strip club. You can’t touch Toni. She’s a class act!!!

All of the ladies did a great job at the concert in Richmond VA. However, I do think Tamar’s performance, stage set up and wardrobe could have been more polished!!! Hopefully, she’ll make some changes for the next show.
Not sure if that’s her REAL BOOTY but it looks real and I think it’s her choice what she chooses to wear. It’s a costume that has nothing to do with HER Faith and HER Beliefs!!!!!!!!
Go gettum Tamar……..Congrats Tamar……..#GIRLPOWER

Robeeno00 , I agree. Also so many women are just going threw with these men. What ever the title Maybe.Woman we can take alot.Then when the taking is over, we are done. No doubt all the years Christ has been as the head of the family. So many ways things can finally go to the left. At this point it’s best for man and woman to do what’s best for them. Not best for the outside think they looking in..With All Celebrity Insider reader’s be blessed.~