“Celebrate and party” is the motto that singer Tamar Braxton has decided to live by and her fans are here for it.

Over the weekend, the talented diva and sister of iconic singer Toni Braxton was spotted living her best life at the OPIUM in Atlanta, Georgia.

The estranged wife of Vincent Herbert looked sensational in an all-black outfit where she showed off some skin in a sexy off-the-shoulder top.

The reality star was dripping with diamonds, and as always, her long blonde hair was flawless.

Divorce seemed to be the last thing on her mind as she posed with fans and danced the night away as the music blasted on the background.

The photos surfaced just days after the former host of The Real was seen on vacation with her spouse in Mexico. It was a hectic end of the year for the pair.

The TV personality filed for divorce at the end of October 2017, and a few weeks later, she claimed Herbert was a cheater who neglected her.

Her mother, Evelyn Braxton, told the world he was also a wife beater.

Last night don't owe me shiiiiiiiiiiit…. this lady was nothing less of amazing love her vybe, spirit,soul and everything above and she smelled so gooood.. #tamarbraxton @jujurockk @atlrockstars thank you so much for a wonderful weekend and showing out with the entertainment like you always do muuuuuuah

Braxton had several meltdowns on social media where she claimed that her husband had another woman pregnant and multiple side chicks.

In one of her wild posts, she wrote: “Sometimes we stay ‘married’ for face value or to say ‘we did it’ but the truth is…it couldn’t be more broken &further apart than we are NOW!…even on an anniversary!,” she explained in an Instagram post. “You can say he did this, she did that, I put up with much & I’ve suffered & endured ‘this’ for so long. The real TRUTH is that this was your choice TO stay. We get so caught up in WE are ‘winning’ in love that we are LOSING a battle that doesn’t have a thing to do with us!”

What's Tamar up too? She deleted her IG? #TamarBraxton #Deisel

When reports surfaced claiming that she was faking her divorce like Tiny and husband T.I. Harris she hit back with: “NOPE! Sorry! Not together but since the craziness the other day, we DID agree to create a better environment for my son!! Angry or not…it’s about my SON!!”

She added: “P.s. we have also agreed not to speak on this anymore in public after this! My son can read, and he’s NOT dumb #2018goals #praymystrengthinthelord I’ve made LOTS of mistakes, and I’m just trying to be a better person.”

Herbert told TMZ in early January that all is well, God is good, and they are “working on their family.”

Fans are happy to see Braxton smiling again, but they have no idea what is real and what is fake in her romance. 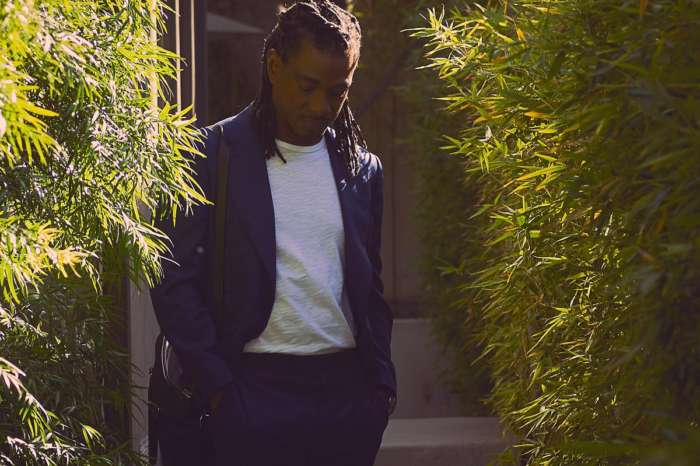