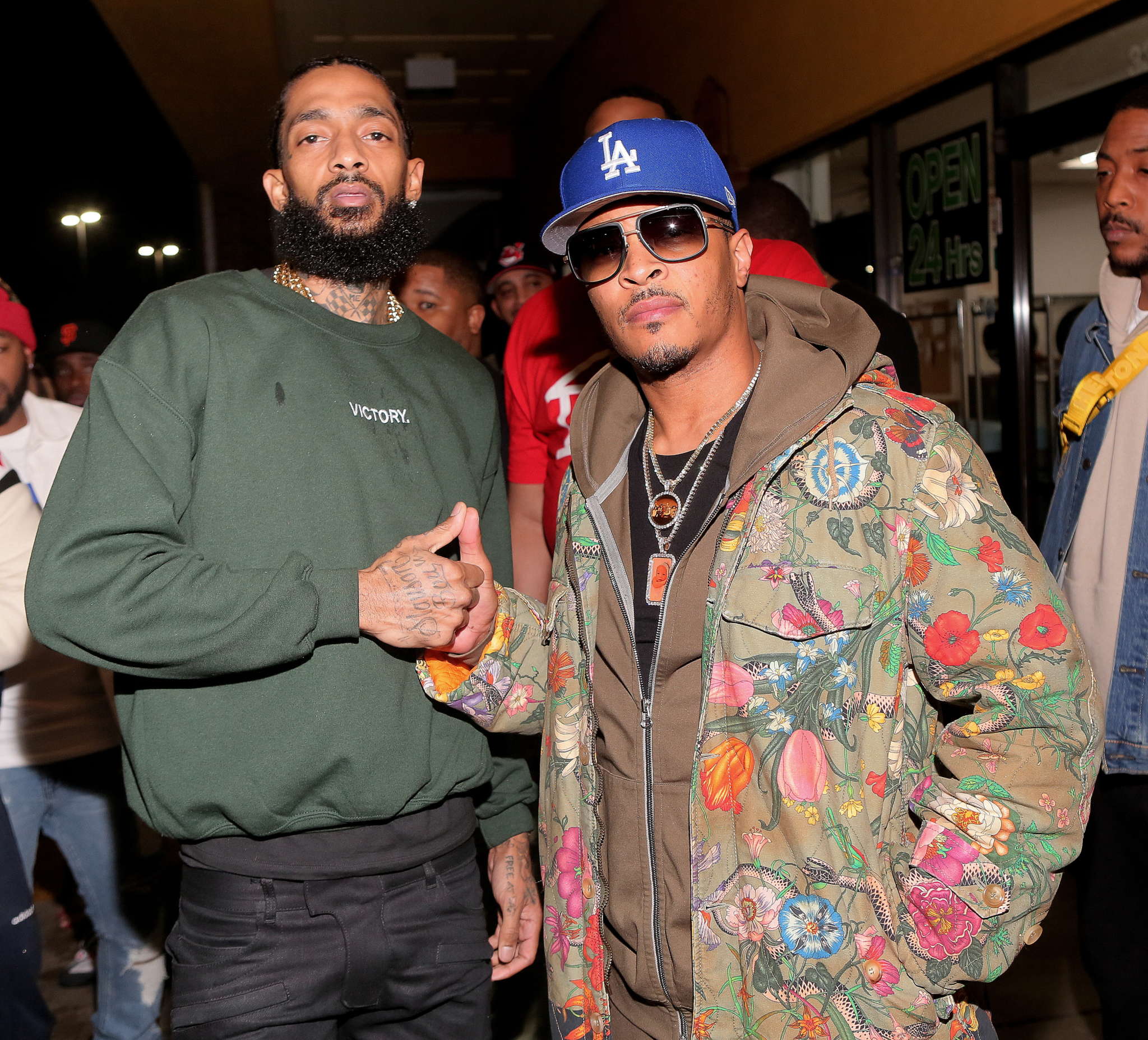 T.I. found himself in hot water these days after some people accused him of praying for Iran to kill the US soldiers. He did post various messages saying that he’s supportive of Iranians, and with these posts, he managed to trigger a massive debate on his social media account among fans.

A lot of people agreed with him, but some slammed him and told the rapper that he had gone too far, not showing support for the US soldiers.

Anyway, he shared an emotional photo featuring Nipsey Hussle, the latest rapper who got killed back in 2019, and fans were in awe for this one. Check out his post below.

Someone commented: ‘Legendary 💙🏁🙌🏽 thank you for showing our King love!!!’ and another follower said: ‘Yes, teach our kids early about respect.’

Speaking of Nip, a group of black men started something called ‘The Marathon Book Club,’ which is inspired by Nipsey’s love for reading. The Shade Room has more details.

TSR noted that there are a lot of people who try to find ways to honor his ‘intelligence, resilience, and dedication to helping his community.’

TSR continued and said that there’s this group pf black people from LA who decided to create a space for people to come together in Nip’s honor.

‘The Marathon Book Club was started by a group of black men in LA, shortly after Nipsey was gunned down in front of his clothing store,’ according to reports by TSR, which cites LA Times.

‘A 31-year-old fan from Wisconsin created a meme listing all of the books Nipsey had mentioned in interviews and songs, which inspired the creation of the book club,’ TSR posted.

TSR continued and said that Rashad Drakeford is the founder of the book club.

While some people praised the move, others said that Nip’s name should not be used to make money after his death.

A commenter wrote this: ‘They should have definitely did that way before he died. I watched damn near every interview he ever had and he ALWAYS AND I MEAN ALWAYS spoke on books. Everybody just using my boy name for clout now. They could have named it something else in his honor. Smh.’

Someone else said: ‘That’s how you continue the marathon!!! boss up in this game we can make a movement!!!!!’ and a follower posted this: ‘Amazing ❤️🙏🏾 Nipsey would be so happy.’

What are your thoughts on this initiative?