Heiress Harris was in attendance at the NAACP Image Awards and she was as cute as always but this time around, none other than Rihanna was also involved in the child's usual spotlight stealing! Tiny Harris and T.I.’s adorable 3 year old daughter hopped on the superstar singer’s lap at the event and the snaps are already viral!

It’s safe to say that the youngest of T.I. and Tiny’s children had the time of her life at the Awards show as proven by the pictures of her and Rihanna.

That’s right! At some point during the evening, she sat on Riri’s lap much to the excitement of fans who just meted at the sight of their bonding.

Not only do people love Heiress in general, but Rihanna’s fans have also been rooting for her to become a mother since it seems like she would really love to take that step soon.

Therefore, seeing her with a child in her arms made a lot of people gush and smile. It was just too precious!

Rihanna, who was wearing a beautiful purple dress had her arms wrapped around the cute little daughter of T.I. and Tiny while the little girl threw her hands in the air, excitedly, in one pic.

Heiress was wearing a black and grey top and pants ensemble with owls printed on. So cute!

As for the accessories she rocked, she was wearing a pair of super stylish black and white shoes. 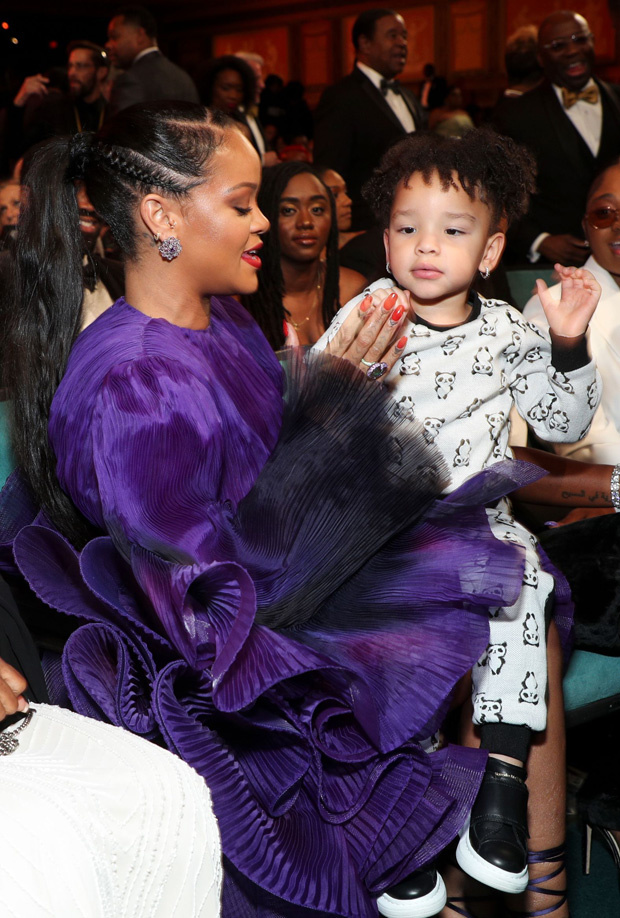 Of course, her parents were also dressed to impress for the event filled with A-listers.

The Xscape singer stunned in a sheer top paired with a form fitting leather pants.

Her hair was worn up and she accessorized the look to perfection with a pair of earrings and a clutch.

As for T.I., the rapper and actor looked handsome in a blue suit and a pair of shades.

T.I. Impresses Fans With These Photos Ahead Of 2022

T.I. Is Flexing On The Gram With His Home - Check Out The Video

Teresa And Joe Giudice Have 'No Bad Blood' Despite Cheating Accusations, Source Says