Move over Kris Jenner, there’s another age-defying beauty in town and it’s Susan Lucci. The 71-year-old actress is best known for her role as Erica Kane on ABC’s All My Children. She played the role from 1970-2011 and was one of the most beloved actresses in soap opera history.

Now at 71-years-old, she’s getting renewed attention after being spotted frolicking on the beach in a red one-piece bathing suit revealing a fit and toned body.

Lucci was always known for her beauty and glamour and fans are elated to see the actress refusing to obey the laws of nature or gravity.

The photos were snapped while Lucci was vacationing in Barbados and walked upon the pure white sand. In an Entertainment Tonight report, Susan Lucci credited her graceful aging to genes and said that her mother was the same way.

Today with the many cosmetic procedures and treatments readily available to treat aging, we’re seeing more women who look phenomenal when they are actually elderly. It’s hard to believe, but Susan Lucci is a senior citizen!

Susan Lucci has enjoyed a long career in films and television. Most recently, Susan Lucci starred as Genevieve Delatour on the ABC/Lifetime drama series Devious Maids. In 2017, Susan Lucci appeared in Difficult People.

The actress has been promoting her products on QVC and she has a new activewear line coming to the shopping channel on April 13, 2018. Judging by the response to Susan Lucci in her bathing suit, it seems there will be high-demand for her clothing line.

You may see Susan Lucci in her one-piece red, bathing suit as she appeared in Barbados in the photo below.

Susan Lucci stuns in a red swimsuit at 71! https://t.co/eOjdBJLqYh pic.twitter.com/LcEKsISiQY

Susan Lucci has become a role model for aging gracefully and has proved that you can live a truly beautiful, active, and authentic life despite growing old. Fans of Lucci’s are thrilled to see the photos and have expressed excitement for her upcoming line.

Susan Lucci is active on Instagram as well as Twitter and regularly shares photos of herself living a healthy, active life as well as showcasing some of her products.

What do you think of Susan Lucci’s bathing suit pictures? Are you surprised that she still has her gorgeous figure at 71-years-old? 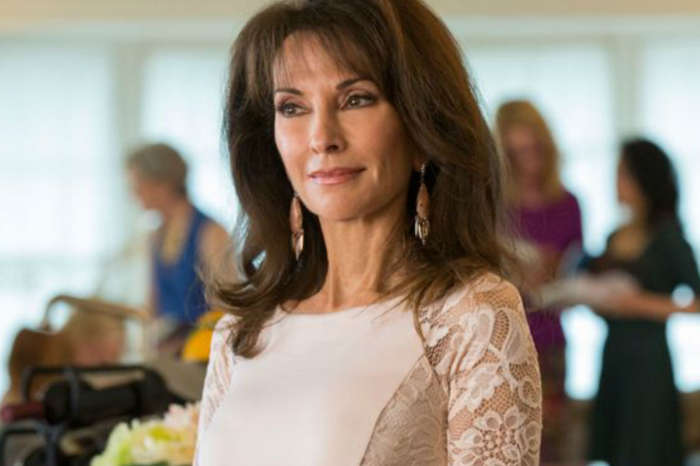