Angie Tribeca star Rashida Jones became a mom for the first time a few months ago, and we are just now finding out about it. According to a new report, the 42-year-old gave birth to her first child with her boyfriend, Vampire Weekend lead singer Ezra Koenig.

Rumor has it that Jones and the 34-year-old Koenig have been together since 2016, but they have never publicly confirmed their relationship.

Jones, who is the daughter of legendary music producer Quincy Jones, was previously engaged to British musician Mark Ronson, and she has also dated her former The Office co-star John Krasinski, SNL’s Colin Jost, and actor/director Jon Favreau.

Exclusive! We are (parks and) wrecked: Rashida Jones has secretly given birth to a baby boy. Meet Isaiah! https://t.co/UTVkypxj5D pic.twitter.com/mVRCjykK3i

Jones has always kept her personal life extremely private, but she did reveal in 2011 that she might never get married.

“Marriage doesn’t really buy you anything. I mean, Chris Messina, who is my co-star in [Monogamy] is with my very close friend [producer Jennifer Todd],” Jones told E! News. “They’re not married, but they have two kids, and they’re wildly happy. It doesn’t buy you anything. It just buys you a really big s—tty pageant of a wedding to make other people happy.”

The Parks and Recreation alum added that things are changing in this country, and we have “kind of failed” when it comes to marriage. She explained that our society is protective of a sacred but failed institution. So, there needs to be a new model, but she doesn’t know what it is. Then she joked that maybe we could try a 10-year lease model for relationships with an option to buy or a rent to own.

Quincy Jones's life and career are captured in an affectionate and surprisingly comprehensive documentary. But its intimacy isn't surprising: One of the directors is Rashida Jones, Mr. Jones's daughter. https://t.co/uzB7PQfBq1

Back in 2014, Jones also talked about being OK with not having children at that point in her life. At the time, she was 38, and she said her life was great, but having kids has been hammered into her head culturally like it is the only way for a woman to succeed. She added that she was happy without being married or having kids, but it took her a long time to get to a place where she was actually OK with it, and not feel like she is “some sort of loser.”

According to USA Today, Jones recently directed Quincy, a Netflix documentary about her dad’s seven-decades-long career. She said that because they had so much footage and he has lived such a big life; the movie is really a “starter pack.” However, Rashida Jones did the best she could to craft a story that was only two-hours long.

Quincy is streaming now on Netflix. 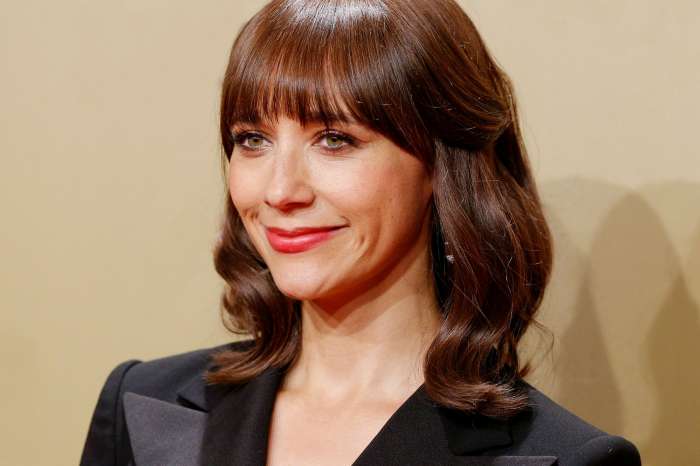 Leah Remini Says Scientology Could Take Katie Holmes' Daughter Away If She Speaks To Her Former Friend!