Summer Bunni Exposes Private Texts Between Her And Rob Kardashian Amid Hook Up Rumors - Slams Him In Wild Posts!

Summer Bunni took to her Instagram Stories to slam Rob Kardashian, and it is safe to say that she held nothing back! Her wild posts come after the reports going around that they were involved romantically.

HollywoodLife claimed that the only Kardashian son and Summer Bunni were talking and hooking up months before his new alleged romance with Alexis Skyy.

Summer is actually known for getting together with Offset despite him being married to Cardi B.

Now, the woman took to social media to expose some of her private texts with Rob and also accuse him of media and clout chasing!

‘Ok, now it's time to discuss to you mfs! Ya’ll so f***ing hungry for clout and fame and n*** and always putting me in messy s**t!’ she wrote in her first post.

As for the text messages supposedly exchanged between her and Rob, one starts with the man asking: ‘Yo u really did that again?’

‘Nah you really did, don’t play me I’m not f***ing with this media s**t again,’ Summer replies.

As they went back and forth, the Kardashian accused the woman of leaking their texts while she claimed the situation caused her whole ‘team to break apart.‘

In another text, Rob allegedly tells Summer that she is crazy and asks her to keep the drama away from him. 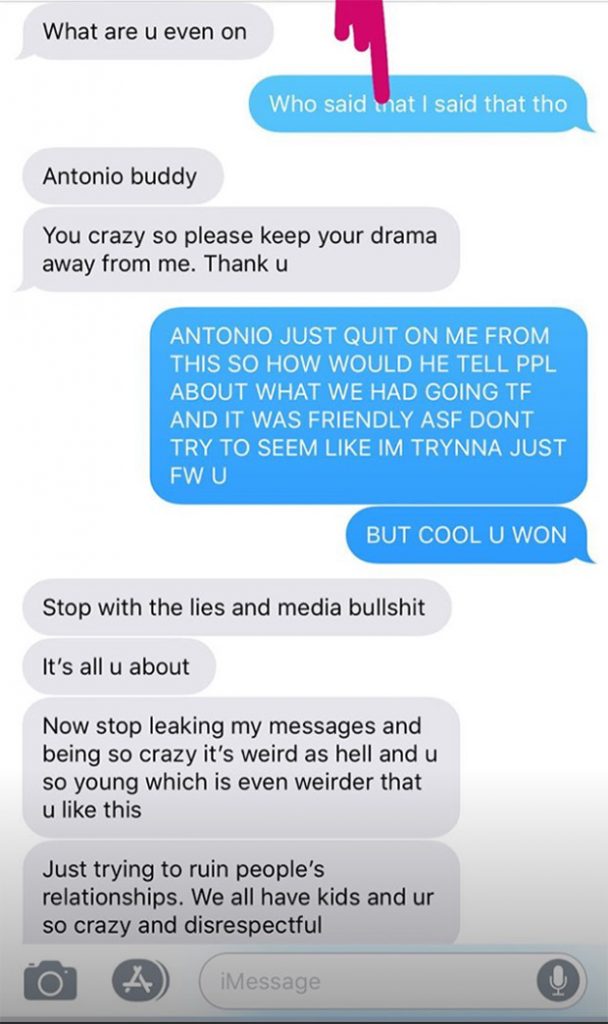 On Insta stories, Summer says she and Rob were only on that ‘friendly sh*t’ but now he is trying to start drama because ‘he clout chasing another b**ch!’

She also made it very clear that she cared about Offset and was hurt which is also why she spoke on their situation publicly, suggesting that she and Rob were never like that.

Scott Disick Responds To Critics Shading Him For Dating Much Younger Women - 'I Look Young!'

KUWTK: Kendall Jenner Finally Opens Up About Her And Devin Booker's Romance A Year Into Dating Him!

Tamar Braxton Has A New Podcast Episode Out - Hear It Here