Stormy Daniels Is Offered Millions To Break Her NDA Clause, As Donald Trump Claims Melania Trump’s Life Is ‘Not Easy’

This is the second time that the POTUS has referenced his wife of 13 years in a public speech since the Stormy Daniels affair scandal broke. At the Gridiron dinner in early March, he joked about the possibility of his wife leaving him.

He said that so many people have been leaving the White House, but the turnover is good because he likes chaos. Trump then said the question on everyone’s mind is who will be the next to leave, Steve Miller or Melania?

To make matters worse for the first couple, Daniels is now suing the President to legally void their non-disclosure agreement she signed just months before the 2016 Presidential election. For $130,000 she agreed to keep quiet about their affair, but now she wants to spill the details in a tell-all interview.

Her attorney recently revealed that in the last few days at least ten people have offered to pay the $1 million fee to break the NDA.

In addition to the Daniels scandal, Melania has also had to deal with the President’s ex-wife, Ivana Trump, slamming her on national television.

In an interview with Good Morning America, the former Mrs. Trump suggested she doesn’t use a private phone line with Donald to avoid making Melania jealous.

She went on to say that she doesn’t want to call him because Melania is there, but when it comes down to it she is the first wife, the real first lady.

How the Stormy Daniels scandal could bring down Trump https://t.co/5hQkcxpSRJ pic.twitter.com/mx10yX7ddw

After the Ivana slam, Melania’s private secretary released a statement saying that she loves living in Washington, D.C. and has made the White House a home for herself and her son Barron. She is honored by her role as First Lady of the United States and intends to use her title as a way to help children, not sell books.

The statement concluded by pointing out that there is no substance to a statement from an ex.

Donald and Melania Trump have not commented on the idea that Stormy Daniels may spill the gruesome details of their alleged affair. 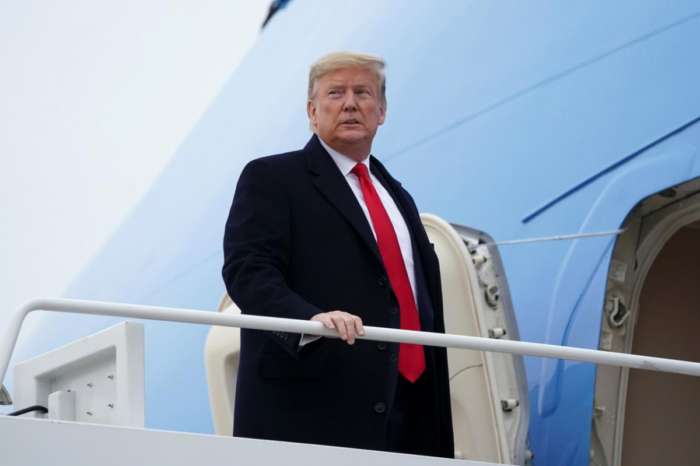 Where Does Kanye West Find His Fashion Inspiration? Shia LaBeouf Says "The Dude Has A Lot Of My Stuff"