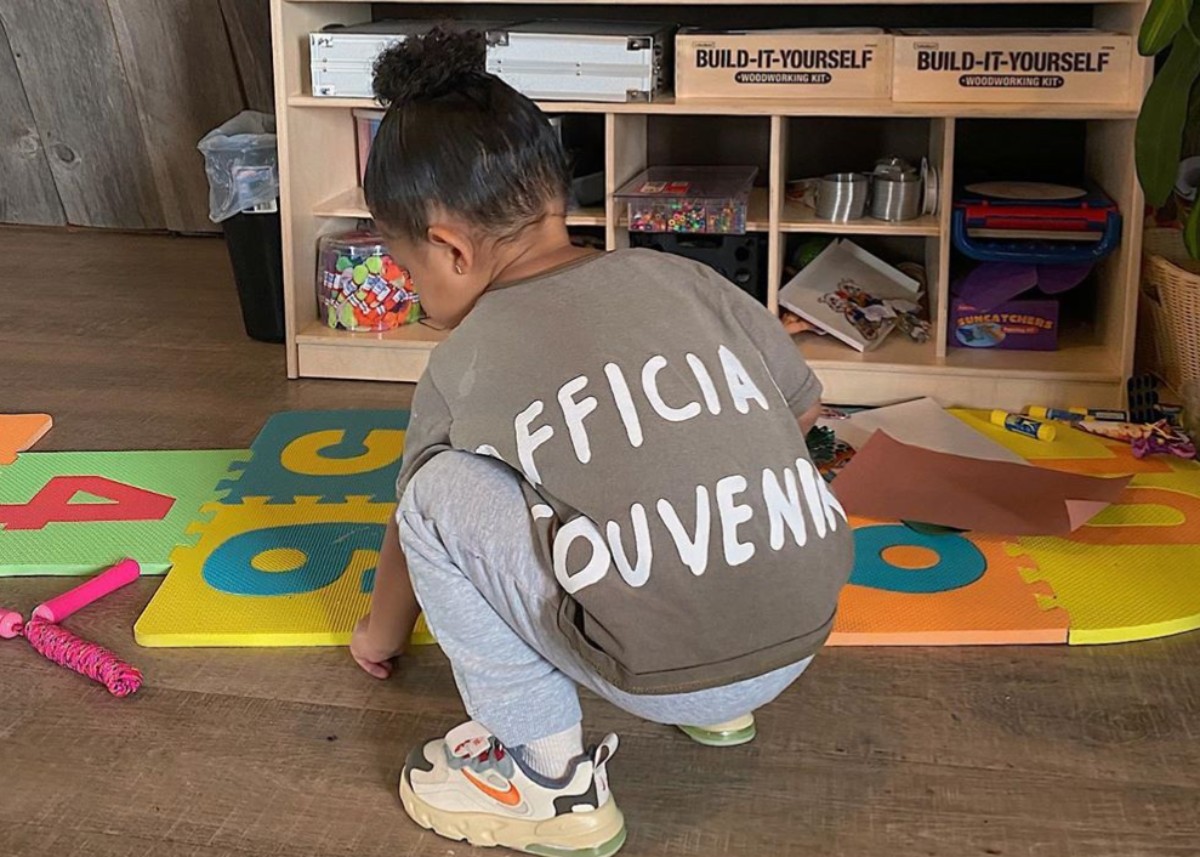 Stormi Webster has been a trending topic this week. First, her mother, Kylie Jenner had Stormi take the candy challenge, and the little two-year-old passed with flying colors. Now, Kylie shared an adorable photo of Stormi preparing for a game of hopscotch. The family has been self-isolating due to the Coronavirus pandemic and it looks like Stormi has been busy with plenty of arts and crafts while quarantining in her home. In the photo below, Stormi can be seen wearing a khaki-colored tee-shirt that says “Official Souvenir.” The shirt is from her father’s AstroWorld tour and costs approximately $75. Kylie paired her little girl’s outfit with a pair of Travis Scott x Nike x Air Max 270 React “Cactus Jack” sneakers. The shoes won’t be available for sale until May 29, 2020.

Fans are loving that little Stormi is wearing her dad’s line as many believe that Kylie and Travis are secretly back together. Stormi is growing into a wonderful young girl and fans are thoroughly impressed with the job that Kylie is doing in raising her.

You may see the photo that Kylie Jenner shared with her 176.4 million Instagram followers below.

There’s no question that Stormi Webster won the Internet last week. The video that Kylie Jenner shared featuring Stormi carefully waiting to eat her candy and practicing patience has touched many people’s hearts. At a time when many people are complaining about being holed up with their children or that homeschooling is driving them crazy, Kylie came along and showed off that her daughter is a little angel.

Many adults said that Stormi was so well-behaved that she had more self-control than they did! If you haven’t seen Stormi Webster’s candy challenge that went viral you may see it in the video player below.

At 22-years-old, Kylie Jenner is the youngest of the Kardashian/Jenner siblings but in many ways, she keeps coming out on top.

What do you think about Stormi Webster’s outfit created by her father, Travis Scott? 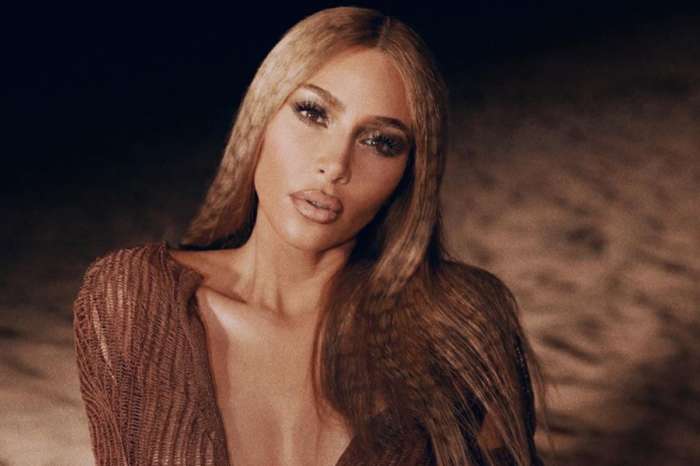