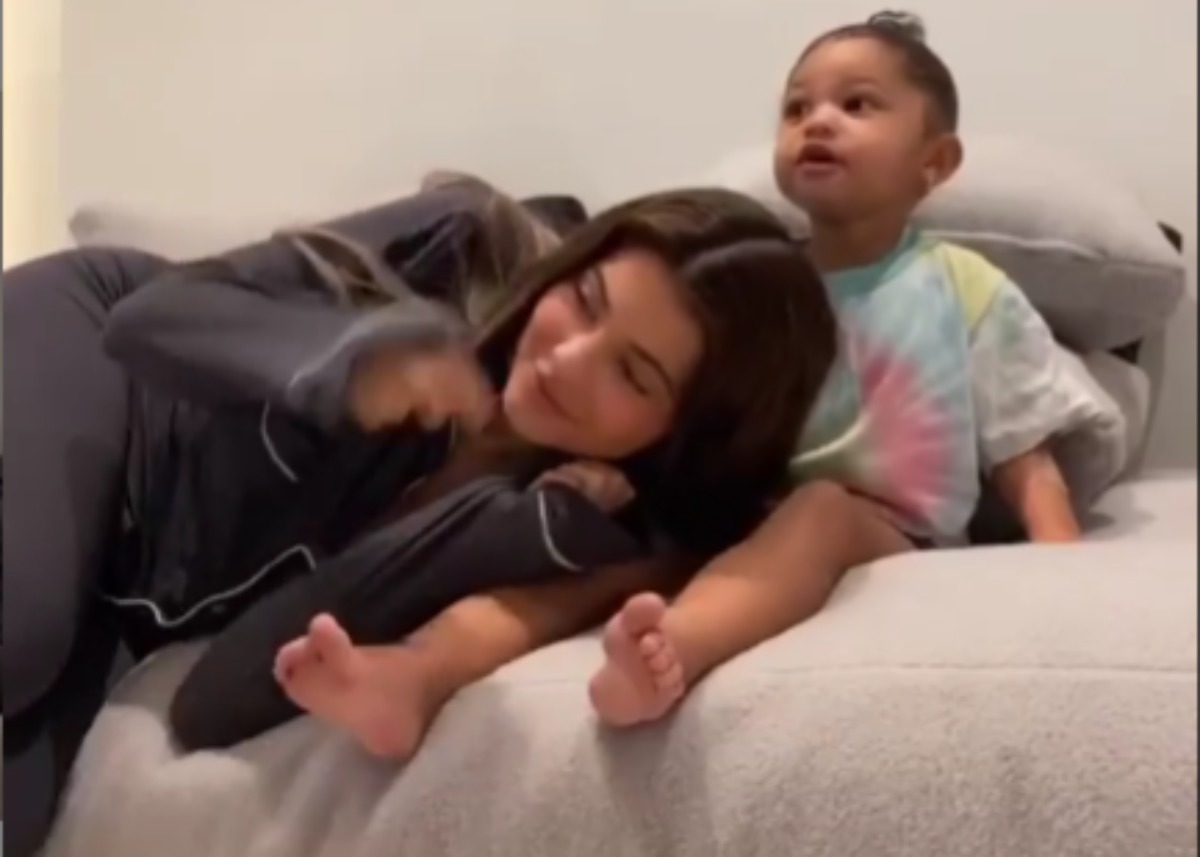 Stormi Webster was seen comforting her mother, Kylie Jenner, in a new adorable video that’s going viral. Kylie shared a sweet snap of herself with her two-year-old daughter as they were spending some quality bonding time together watching a movie. According to Kylie’s caption, Stormi was worried her mother was afraid due to a scene in the movie (it sounded like they were watching a G-rated film) and Stormi comforted her mom.

Stormi was seated down and surrounded by pillows when Kylie Jenner rested her head in her daughter’s lap. Kylie Jenner smiled at the camera as Stormi placed her hand on her mother’s head and mouthed the words, “Don’t be scared, Mommy.” The comments under Kylie’s post are filled with remarks about how sweet and loving Stormi is to people saying the video makes them want children.

Kylie Jenner wrote the following caption along with the video that she shared with her 197 million Instagram followers: ‘she said “don’t be afraid mommy” 😢😍.’

You may see the video that Kylie Jenner shared below.

Khloe Kardashian shared this message: ‘I melted into my seat 😩😩😩.’

Maleni Cruz left this comment: ‘Naw I’m extra emotional today , this got me ready to cry 😭😭😭.”

The video comes after Kylie sparked controversy by showing off Stormi’s $12,000 Hermes backpack in a “back-to-school post. People were outraged that Kylie flaunted her wealth during the Coronavirus pandemic and when many children across the nation are having a difficult time adjusting to virtual learning and aren’t spending as much time involved in school-related, social activities as they have previously.

Kylie’s choice to share the adorable video of herself with Stormi following the backlash was a wise one as people immediately forgot about the prior drama thanks to Stormi’s cuteness and sweet attitude.

What do you think about Kylie Jenner’s and Stormi Webster‘s bond? Were you surprised to see Stormi comforting her mother?