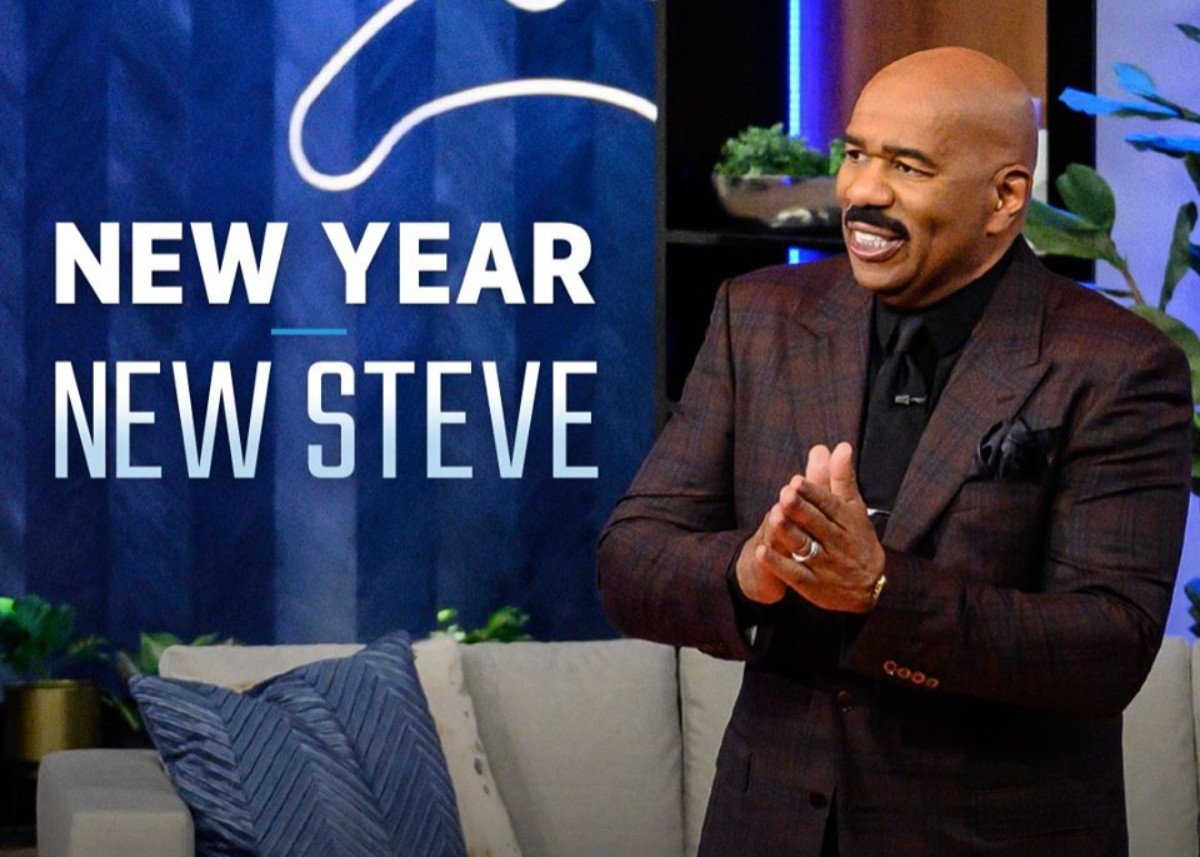 Steve Harvey is kicking off the New Year with a new show on a new platform. The talk show host launches “Steve on Watch” on January 6, 2020, and fans couldn’t be more thrilled.  The new show will air exclusively on Facebook and fans will have multiple ways to watch the program on their mobile devices and computers. Steve’s show ended in June 2019, after it was learned that Kelly Clarkson had cut a deal for a talk show. Kelly’s talk show has gone on to be a huge success, but that doesn’t mean people wanted Steve off the air! Steve Harvey has a huge and loyal fan base that has followed him to Facebook and are anxiously awaiting the launch of Steve on Watch.

Steve Harvey spoke to TV Guide about his new show and platform and expressed his enthusiasm about the program.

“This show feels more intimate. I have the freedom to do and say more and be myself more than [before]. “

The freedom to share more of Steve’s personality, opinions, and views without worrying about offending station heads is another reason why fans are thrilled about the upcoming series. Steve selected the Facebook address SteveHarveyTV and those who want to tune in will find him there.

Here is a bit more information about Steve Harvey’s upcoming Facebook series Steve on Watch from the official Facebook page.

The show won’t be completely different from what fans have grown accustomed to. He will use a similar layout and even the stage looks familiar. Steve will also revisit some of the highlights from his former show but has planned a full line of new interviews.

Those who are new to Facebook Watch will need to ensure they have an account. This will allow you to get the full viewing experience and let you participate in comment threads with others. On the left side of Facebook, you will see various choices and one of those says “Videos on Watch.” This is how you will find all of the new shows, programs and videos available on Facebook Watch. Once you click the video link you will see an option for Shows. You can also type in Steve Harvey and it should show up.

When you check Facebook Watch Shows, you will have the opportunity to subscribe to different shows on the platform, including Steve on Watch.

Are you going to watch Steve’s new series when it premieres on January 6, 2020?