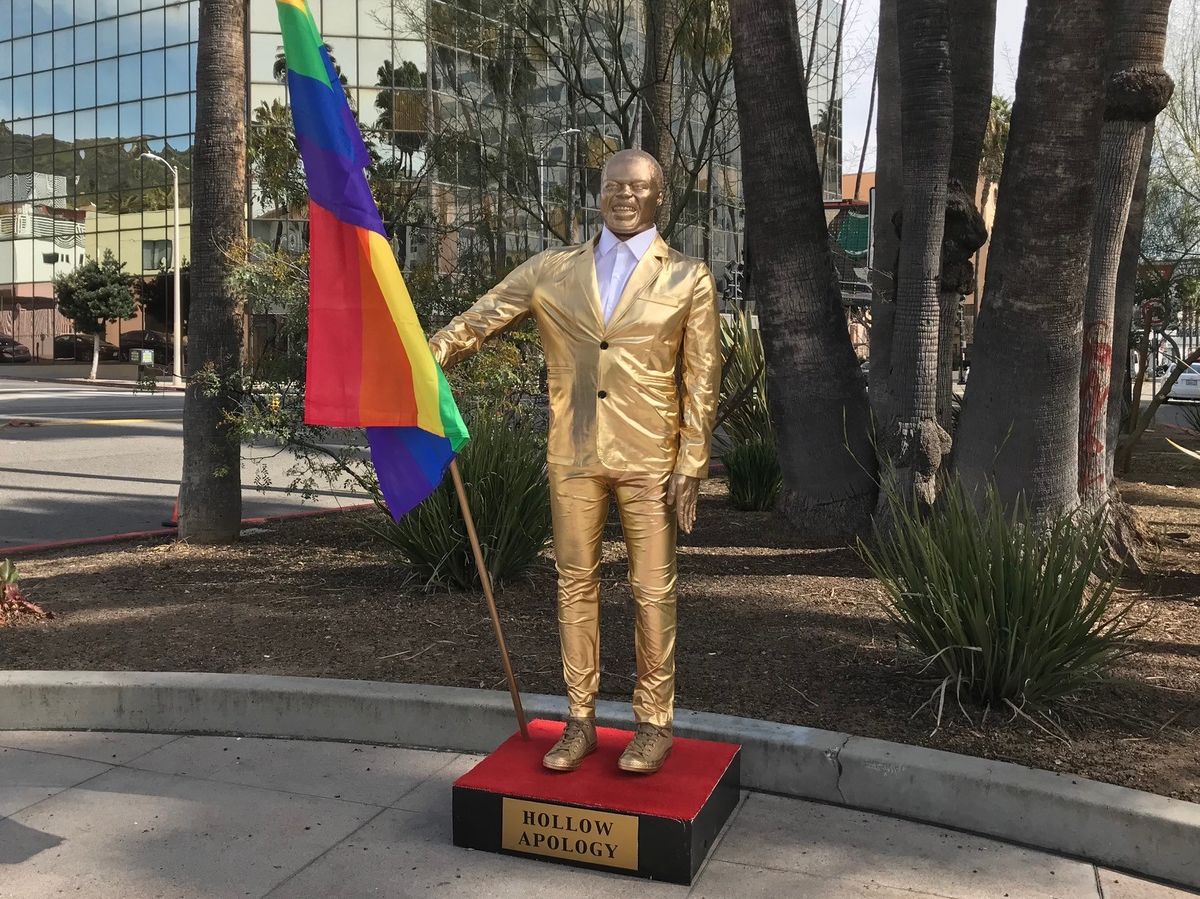 The 2018 Academy Awards has been surrounded in uncertainty since last year. Starting with Kevin Hart’s loss of the gig to now certain artists backing out of performances, the awards ceremony seems to be facing more trouble than expected.

A well-known artist, Plastic Jesus, erected a gold statue near the Oscars venue of Kevin Hart holding a rainbow flag. The life-sized art is titled “Hollow Apology” a reference to the controversy surrounding the way Hart handled the attention from homophobic tweets he shared a decade ago.

Kevin joked with buddies on Twitter about not wanting his son to be gay. At first, the comedian didn’t respond to any of the press dealing with the subject but was forced to address it when he got a call from the show’s producers telling him he should apologize.

The ‘Jurassic Park’ star initially refused to say sorry because he did in the past and didn’t like feeling pressured in order to keep the gig at hand. He also expressed on ‘The Ellen Show’ that he felt the entire thing was a set up because the tweets resurfaced merely a day after the announcement was made that he’d taken the hosting position.

Although he said that he wouldn’t apologize again, Hart eventually tweeted out another one and still turned down the opportunity to be on the stage citing that he feels it would take away from what the show was really about.

While some defended Kevin, others felt that he didn’t really mean it when he said he was sorry and isn’t an ally to the LGBT community. Ellen was also criticized for taking his side.

The post-and-delete from Plastic Jesus read: “The current divisive rhetoric seems to have taken us back to the 1970s. So much of the entertainment industry output comes from LGBTQ individuals . . . we should be celebrating it and not creating a hateful environment.”

What do you think about the artist’s statue? 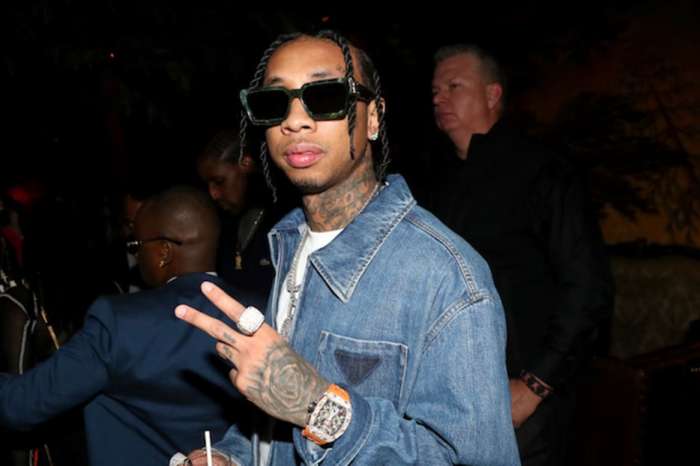 Tyga Tries To Take Guard's Gun After Being Kicked Out Of Floyd Mayweather’s Bash!